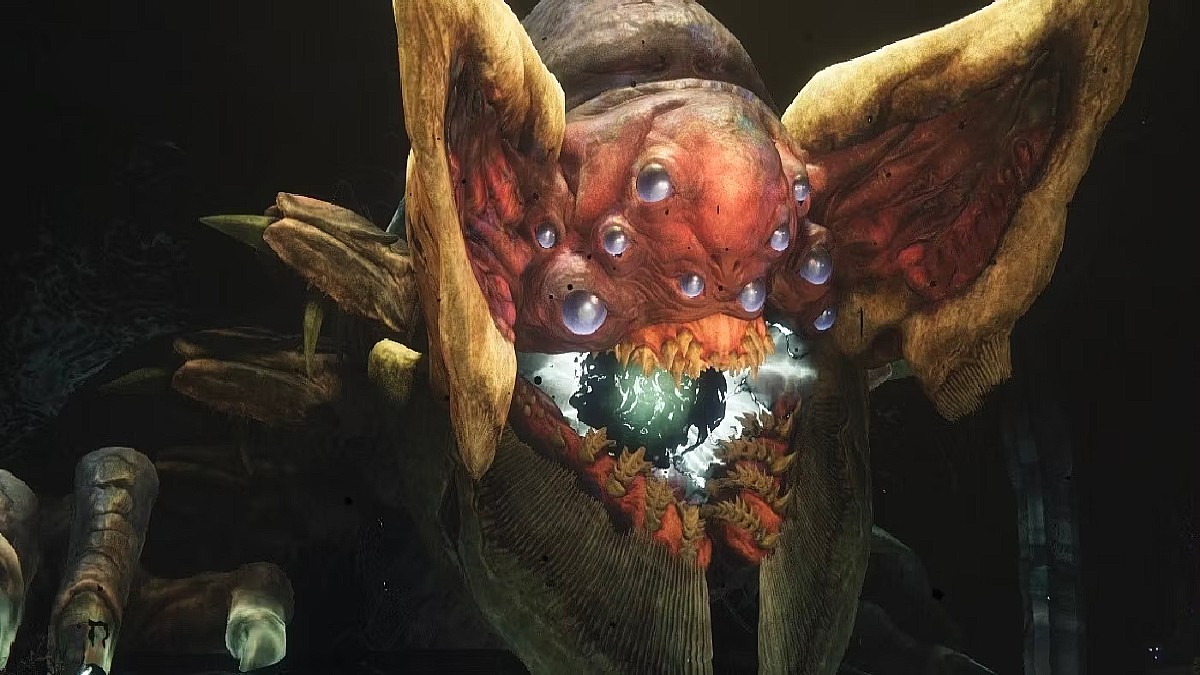 Destiny has been around for more than half a decade now. Over the years, it has built up a bank of iconic and memorable raid experiences. Let’s go over the best Destiny raids and rank all 13 of them.

Let’s kick this list off by saying Bungie has never put out a trash raid, at least not in our opinion. All the raids here range from good to great, but something has to be last.

Spire of Stars has a single super memorable moment when you are blasted into space and are responsible for blowing up starships, which is awesome. Outside of that, you spend most of your time playing a glorified game of hot potato.

Eater of Worlds is similar to Spire of Stars where it lacks some of the truly memorable moments that the rest of the raids on this list have. However, its key mechanic, everyone working together to break Argos’ barrier, even to this day is a satisfying encounter that strikes a balance of being challenging but not overly complex just for the sake of it.

Crota’s End was a buggy mess, but it was our buggy mess. The first new raid to come after the very first Destiny raid ever, Vault of Glass, Crota’s End had extra pressure on it. It sadly did not live up to the expectation of its excellent predecessor. There were so many cheeses that so many people didn’t even know how you were actually supposed to clear sections of it, including the infamous ethernet cord pull trick.

Also, the final encounter with Crota was mostly a lot of just watching one person do a lot of the work while the rest of the group huddled in a corner firing rockets from across the map. Admittedly though, the beginning where you navigate in the dark with Thrall was epic.

Crown of Sorrows to this day is by far the most jam-packed and challenging mini-raid (three or less combat encounters). It masterfully introduces each mechanic piece by piece before smashing them all together to one very stressful, but satisfying final encounter with Gahlran.

That said, it also has one of the most extended opening encounters in Destiny history, which greatly hinders the experience. The loot wasn’t super enticing either, aside from the Exotic SMG, Tarrabah, which sees a lot of use in PvP even today.

9. Scourge of the Past

Both Scourge of the Past and Crown of Sorrow are great mini-raids, but we give the slight edge to SOTP because of how wide-open and fast-paced it feels and also its unique and memorable encounters.

Over the course of a fresh Scourge of the Past run you’ll be hopping around buildings in the Last City, racing a Servitor on your sparrow, and hopping in tanks to blow up a massive Fallen mech. All of it was and still is awesome, just remember to always CAP!

Ah yes, the Leviathan, our first introduction to everyone’s favorite Cabal leader, Emperor Calus. It would be our first taste of the high-life on the Leviathan but it definitely would not be our last.

Leviathan is a tight raid experience though with four rotating encounters which always culminate into the final battle versus Calus. Each encounter is distinct mechanically and polished and it makes for a raid that is challenging, but doesn’t drag on forever. It can, however, be a bit glitchy and holds it back a bit.

It will also cause you to blurt out a random assortment of words that will make people in your house around you think you’re losing your mind (Axes, Dog, Cup!)

The original, the OG, the very first Destiny raid. Vault of Glass might have been a flawed experience in the sense that Bungie was still learning the hard way that players will find any loophole they can to cheese, but even in spite of that, every encounter from start to finish was memorable.

Between the dash to kill all the Oracles, the first of many jumping puzzles, navigating the terrifying Gorgon maze, and weaving in and out of time to unite behind the relic to defeat Atheon, Vault of Glass is a classic for a good reason.

Garden of Salvation (GoS), released in Shadowkeep is solid and among the best. For starters, the Black Garden is gorgeous and returning to it for the first time in years was a memorable call back to any Destiny 1 player.

What made Garden of Salvation stand out most though is how different it plays compared to every other raid in Destiny 2. Some raids are known for being mechanic-heavy, while others favor combat. Then you have GoS. It perfectly blends together mechanics, teamwork, and FPS skills without having to go over-the-top in any of those categories.

It’s also extremely mobile and often takes place over a large area. Teams need to work together with their direct partners while also keeping in touch with other fireteam members that are working on something else, somewhere else. There’s freedom to fix mistakes and not every little mess-up leads to a wipe which is a welcome change compared to most Destiny 2 raids.

Finally, Garden of Salvation introduces mechanics throughout the course of the raid but doesn’t beat you over the head with them by making them the sole focus. In the end though, similar to Crown of Sorrows, you’ll need to put everything together if you want to come out on top.

5. Vow of the Disciple

Vow of the Disciple released shortly after The Witch Queen DLC had released, and it’s safe to say it took the community by storm. For the first time ever we would properly be able to explore inside a Pyramid ship, and what we found inside was jaw-dropping.

After completing the first encounter players were met with the power source of the mysterious ship, a trapped Hive Worm God, which was being used like a battery to power up the final boss of the Raid, Rhulk, the first disciple of the Witness.

Rhulk was unlike any boss we have ever seen in the Destiny franchise, as he wasted no time literally kicking Guardians to their deaths, and the player base loved him. Hopefully, we will see another boss like him in a future raid.

4. Wrath of the Machine

Wrath of the Machine, at least to me, always kind of feels like the forgotten Destiny 1 raid. It’s probably because it came out towards the end of the game’s life, but it’s definitely ‘top five in the whole series’ material.

It got players out of dusty old ships, tombs, and vaults, and out into the cold open-air area of Old Russia which for the time was a very refreshing change of pace.

It was also far more mobile than any of the other Destiny 1 raids, too. Between running around in the first encounter to get voltage, or of course out running the Zamboni of death, the Siege Engine, which to this day is still probably the most badass and most memorable encounter in Destiny history overshadowing even its excellent final boss, Aksis.

Deep Stone Crypt put the Fallen back in the raid spotlight for the first time since Destiny 1. The Fallen come back with authority and are responsible for quite a few memorable battles and even a surprise trip into space.

From traveling to a space station where we meet one of our old foes, Taniks, to crashing back down to Europa, where we started the raid, it’s one heck of a ride.

Deep Stone Crypt is arguably the most cinematic experience in Destiny raid history with lots of jaw-dropping moments. While it may not have the most challenging boss fights ever, it’s still a very fun raid.

King’s Fall is still one of the best Destiny raid experiences due in large part to it having by far the most memorable final boss encounter: the most menacing and capable Destiny villain to date: Oryx, the Taken King himself.

The Leviathan tried to be as interesting of a space to explore but it comes up short compared to Oryx’s Dreadnaught, the most immersive area in the Destiny series.

King’s Fall featured some of the most challenging, but satisfying jumping puzzles (the tomb ship jumps were always good for a laugh), and every battle encounter leading up to Oryx: The War Priest, Golgoroth, and the Daughters are memorable, challenging, and also fairly balanced.

Then there’s Oryx of course rewards players that can spin all of the plates with the most iconic final stand and kill in Destiny history: everyone ripping into an extremely pissed of Oryx and sending him flying into Saturn, killing him once and for all.

Last Wish is, without a doubt, the most beautiful raid in Destiny history. Taking place in The Dreaming City, the contrast between the Taken and this Awoken paradise is a feast for the eyes.

Not only that, but Last Wish still holds onto the title of the longest and arguably the most complex and difficult raid (without cheesing) in Destiny history.

Last Wish has six combat encounters with the final battle with Riven being separated into two parts. The mechanics don’t really build on each other all that much, so players need to know how to do six different fights, all of which are very mechanically heavy.

Last Wish is certainly Bungie and Destiny 2’s most ambitious raid. Its soundtrack and visuals though are top notch, no question about that and Queen’s Walk is arguably the most exhilarating few minutes in any Destiny raid ever. Unfortunately, the fact that to this day Riven is still cheesed by the vast majority of players knocks it down a peg from the top spot.

What is your favorite Destiny raid? Disagree with our ranking of the best Destiny raids? Let us know in the comments below.