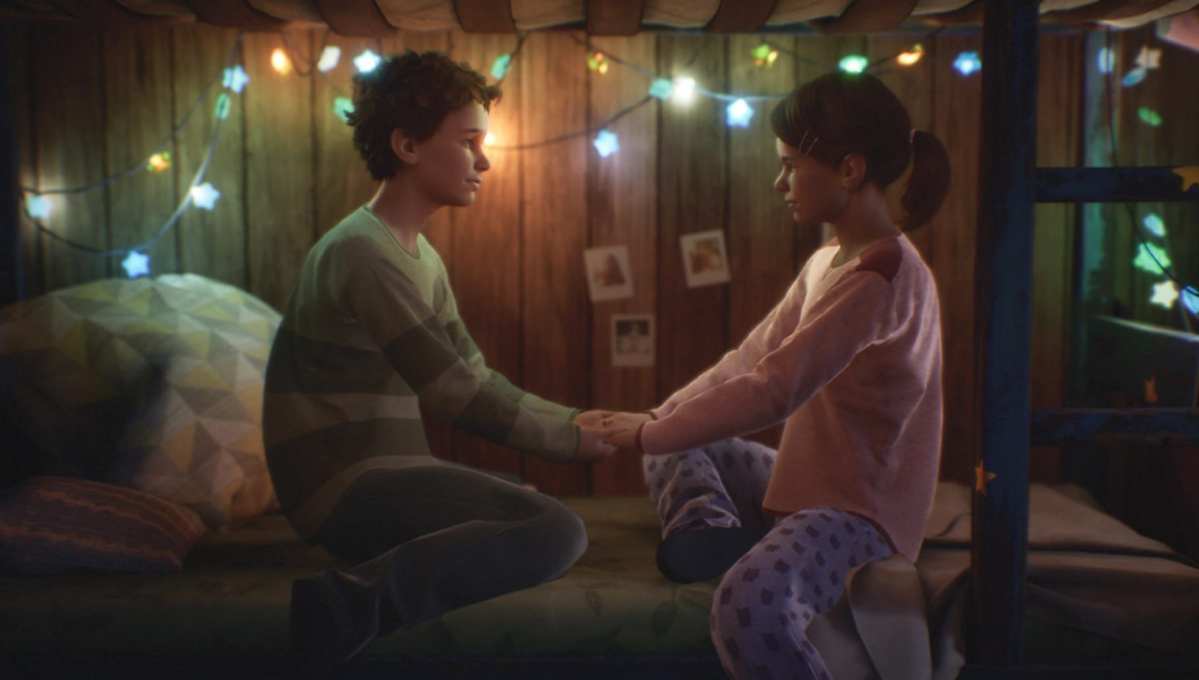 Dontnod’s latest interactive adventure game, Tell Me Why, is now out for everyone to play. If you made it to this article, then you’re probably wondering who voices all of these characters. Well, here are the voice actors for Tell Me Why for PC and Xbox One.

All Tell Me Why Voice Actors

August Aiden Black plays one of the leading twins, Tyler Ronan, in Tell Me Why, and it actually turns out that this is his first big video game voice role.

August also played a role in the comedic web-series, Starlet Diner, if you wanted to check out more of his acting work.

Unlike August, Erica is no stranger to the world of video game voice acting. This Boston-born actress is known for playing roles such as Black Cat from Marvel’s Spider-Man, Futaba from Persona 5, and Captain Marvel/Carol Danvers from Marvel Ultimate Alliance 3.

Playing the mother of Alyson and Tyler in Tell Me Why, Emily O’ Brien is a British actress who is mostly known in the video game space for playing the voice of Gamora in Telltale’s Guardians of the Galaxy, Amelie in Death Stranding, and Mary in Indivisible.

There are points throughout Tell Me Why’s narrative that will show cutscenes and moments from the past when the twin siblings were younger. Portraying young Tyler and young Alyson are Grace Kaufman and Gianna Ernst, respectively.

Kaufman has had roles in The Last Ship, Bubble Guppies, and Mickey Mouse Clubhouse. As for Ernst, she’s a trained professional singer and songwriter, and according to her IMDB, this is her first professional voice role.

Forrest Goodluck not only has an incredible name but he appeared in The Revenant alongside Leonardo DiCaprio (talk about star power). He’s also directed two short films and is set to play a role in Cherry, an upcoming film being directed by the Russo brothers, and stars Tom Holland.

Chief Eddy Brown is a member of the local Tlingit clan and the guardian to Alyson Ronan in Tell Me Why and is portrayed by Martin Sensmeier. Funny enough, Martin is actually of Tlingit descent, as well as Irish and Koyukon-Athabascan.

He grew up in Alaska (where the game takes place) and is an ambassador for The Native Wellness Institute. You might’ve also spotted him in Westworld, The Magnificent Seven, or Yellowstone.

Tell Me Why is Melody Butiu’s first professional video game voice role but she’s also appeared in many famous television series such as This Is Us, NCIS: Los Angeles, Kingdom, and Gotham.

Fun fact, in 2007 she appeared in Don’t Forget the Lyrics as a real-life contestant.

If you’ve played a single video game in your life, there’s a big chance that Neil Kaplan has lent his voice to the cast. The man has a total of 239 acting credits on IMDB, ranging from voice roles in Shenmue III and Days Gone to Final Fantasy XV and Mafia III.