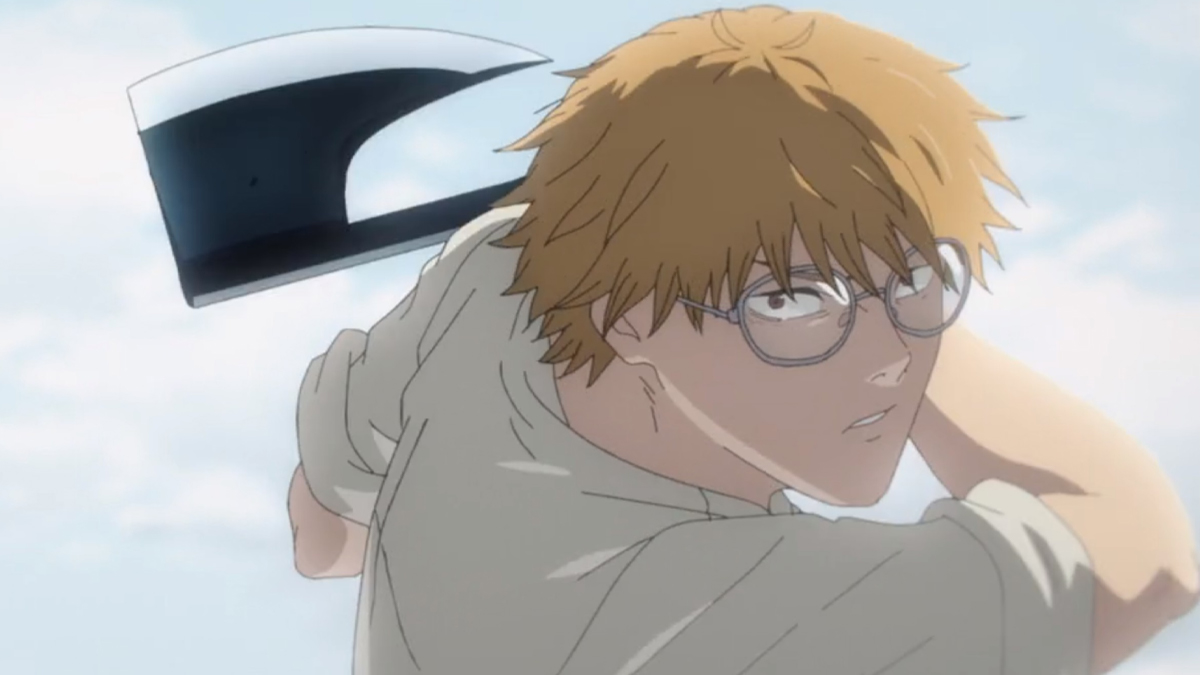 Episode 10 kicks off Denji and Power’s training under the brutal tutelage of Kishibe. Despite their ruthless, hours-long beating in the cemetery, the fledgling students devise a plan to prove to Kishibe their battle-worth in an ambush at his apartment. Although it results in another hilarious failure, the sequence has many asking why Denji and Power were wearing glasses during the attack. We’ve got answers.

Denji and Power don glasses during their assault on Kishibe because they are trying to fight smarter. As juvenile and purely symbolic as it is, it is exactly the kind of harebrained plan we’ve come to expect from the immature Denji and the childlike Power.

As the two thoroughly bruised and bloodied students walk their way home from the cemetery, they discuss strategies to defeat Kishibe. Power has the epiphany that they need to use their minds to defeat their teacher whose brain is addled by alcohol. Denji, the lover of manga that he is, says he longs to fight like one of those “smart characters” in the stories he reads.

Copying the look of the intelligent manga figures Denji admires, the two come equipped with glasses to their next attack, thinking that just looking smart will help them fight smart. As backwards and outrageous as it seems, the move is one in the right direction, as Kishibe remarks that the attack was the pair’s “best effort so far”. While it is a very literal interpretation of fighting smarter, it recalls the expression, “If it is stupid but it works, it isn’t stupid”.

That’s why Denji and Power wore glasses in Episode 10 of Chainsaw Man. Stay in the loop with more answers to your Chainsaw Man questions like is there a War Devil, does Makima die, and who exactly is Katana Man?