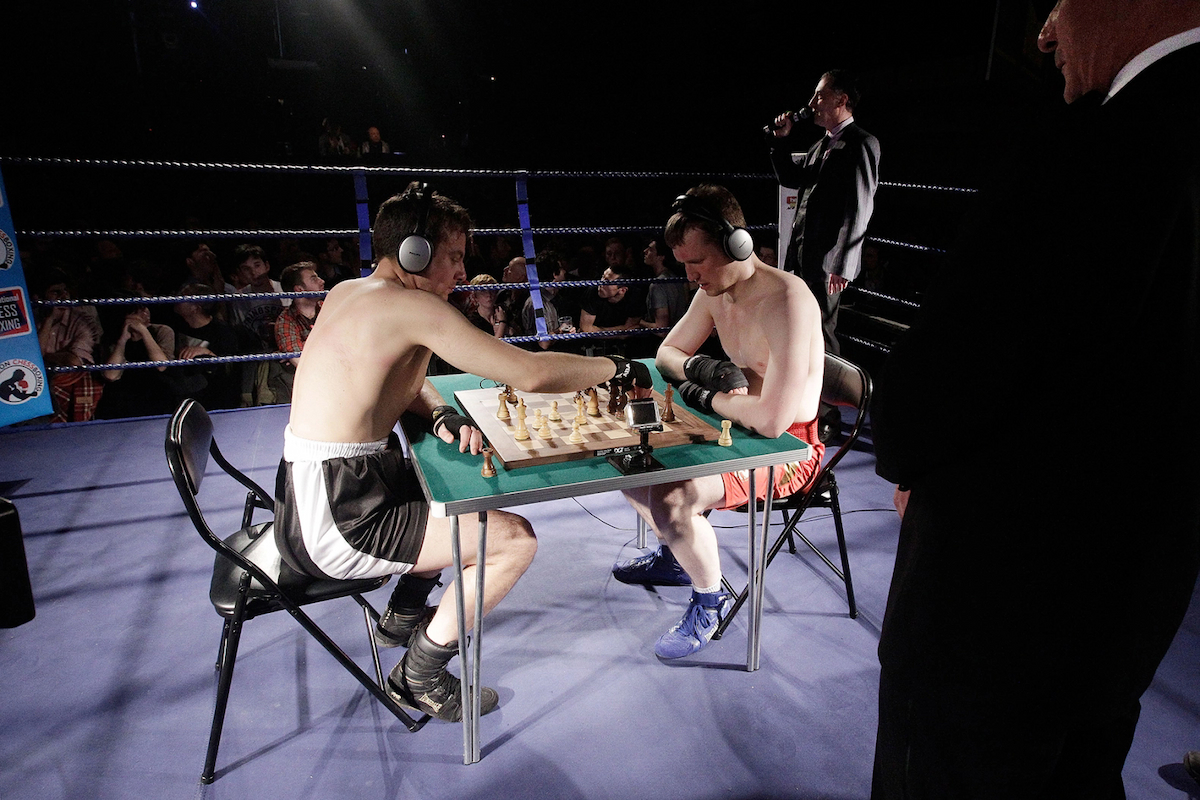 There are some absolutely insane “sports” for people to try these days. However, a really weird one has been in the streaming news lately and doing the rounds, thanks to Ludwig. We have all the information you could ever want about chessboxing, such as the rules and what exactly it takes to win a match.

Chessboxing, which you probably figured out based on the obvious context clues, is a hybrid sporting event featuring chess and boxing. Chessboxing participants (combatants?) alternate rounds between boxing and playing a game of chess with a timer. It might shock you to learn that Chessboxing has been a thing since 1992.

As said, YouTube streamer Ludwig (winner of the 2022 Content Creator of the Year) has been the big source of Chessboxing streams lately, with a big event called the Mogul Chessboxing Championship that took place on Sunday, Dec. 11.

According to Rules of Sports, the following are the standard rules for any Chessboxing event:

How to Win a Chessboxing Match

The main ways to win in Chessboxing are either by getting a checkmate in chess or a knockout in boxing. However, seeing as there are also a set number of rounds, the match could go to a judges’ decision if all boxing rounds are finished without a knockdown. There is always the ever-present possibility of a forfeit, as well.

This is everything that you might ever need to know about Chessboxing. While there’s nothing else related to chessboxing, the links below will show you all the most recent esports guides and news.