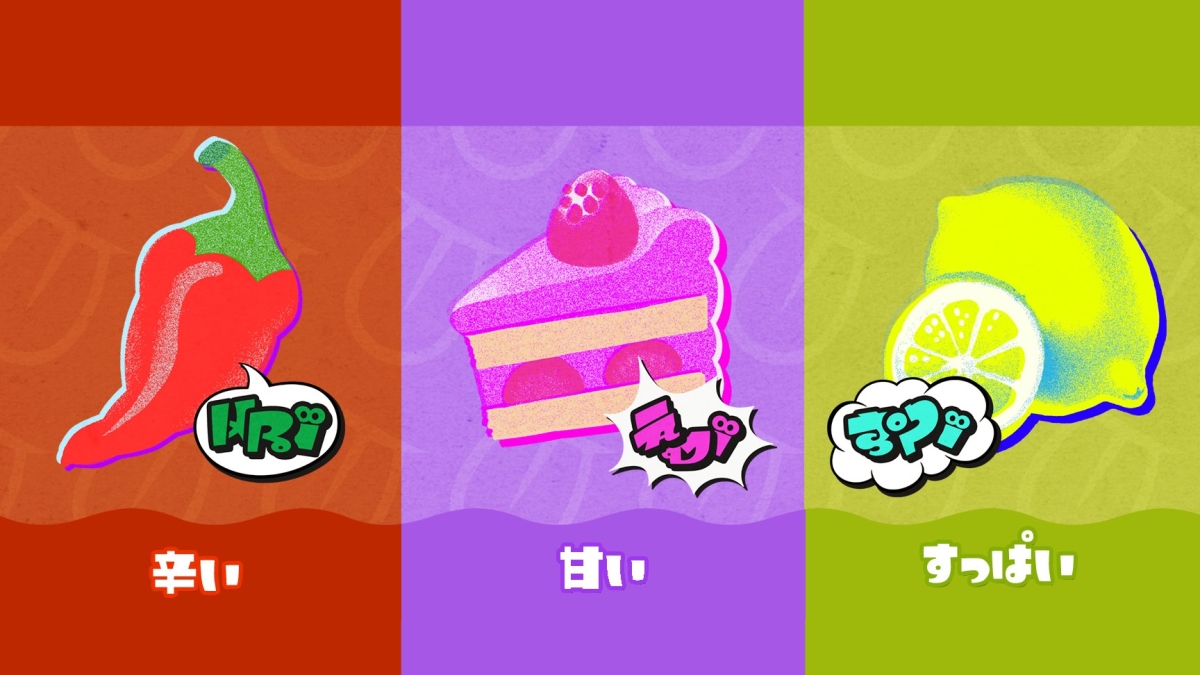 The next worldwide Splatfest in Splatoon 3 has been announced. This third official Splatfest will ask the question, “What is your favorite flavor?” and you can play for Team Spicy, Team Sweet, or Team Sour.

As always, the time between voting and when the event actually begins allows you to earn conch shells at a faster rate. After you vote in the plaza, you will receive one conch shell for every catalog level you achieve during the voting period and the actual Splatfest event.

The number of conch shells acquired will be one of the factors that determine the winner of the Splatfest, so it’s important to earn as many as possible. These shells can also be redeemed in the lobby Shell-Out Machine as a lottery for in-game rewards, like locker decorations or titles.

It seems like Splatoon 3 is skipping the holiday-themed Splatfests that existed in Splatoon 3; there was no Splatoween in October and it appears that there will be no Frosty Fest this month.

Splatoon superfans may remember that a similar Splatfest theme took place exclusively in Europe in Splatoon 2 back in 2018; players battled for either Team Salty or Team Sweet and determined that salty was the best flavor. Looks like Team Sweet fans in Europe have a chance to finally redeem themselves!

You can read our official review of Splatoon 3 right here if you are interested in learning more about the game.

If you already have Splatoon 3 and want to know what else is happening in the game at the moment, you can read about everything new that was just added in its Chill Season update right here.