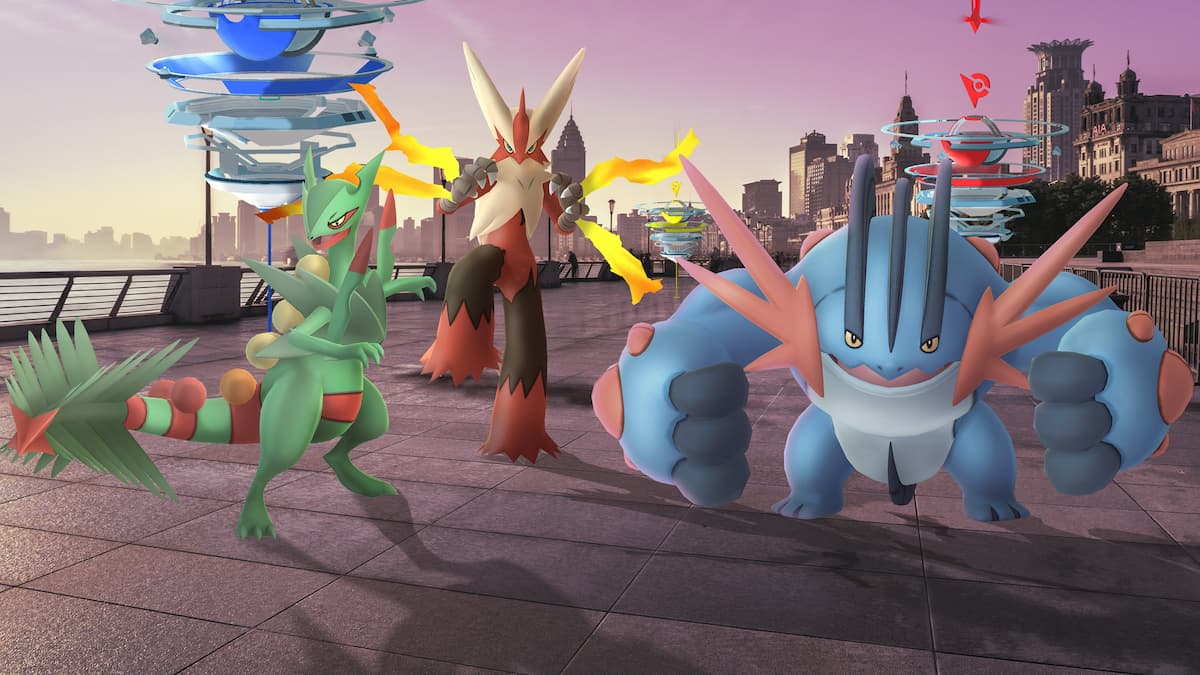 Pokemon GO Season 9: Mythical Wishes kicked off yesterday for trainers around the world. This season has a large focus on creatures from the Hoenn region, especially Jirachi considering that it’s known as the Wish Pokemon. To go along with the beginning of the new season, the official Pokemon GO Twitter account released an extended version of the Mythical Wishes trailer that includes some exciting teasers.

The trailer itself starts out the same as the original teaser that was posted later last month showing trainers with multiple Hoenn Pokemon like Gardevoir, Salamence, Latios, Latias, Bagon, Ralts, and more along with a red shooting star going across the sky.

This new trailer also shows off the Mega Evolutions for the Hoenn starters in action for the first time. Previously, the announcement of their debut only included still images of Mega Swampert, Mega Blaziken, and Mega Sceptile.

As the trailer draws to a close, the red shooting star continues to streak across the blue sky and then the camera cuts to an underwater shot. In the dark depths of the sea, the glowing lines from a Primal Kyogre can be seen. The next shot moves over to an erupting volcano and the bright markings of Primal Groudon are visible through the billowing ash.

It was already confirmed that the primal versions of these Legendary Pokemon were set to come to the game during GO Tour in February, but just like with the Megas, it’s nice to get a tease of their 3D models in more than still images.

It’s worth noting that there are two ommissions in this trailer that are a big part of Hoenn. The trailer shows off Rayquaza, but the Primal version of the Legendary is nowhere to be seen. Additionally, there’s no sign of Kecleon in the trailer. To date, Kecleon is the only Pokemon from the Hoenn region that hasn’t been added to the game yet.

Pokemon GO Season 9: Mythical Wishes is live now in the game until March 1 at 10 AM local time.