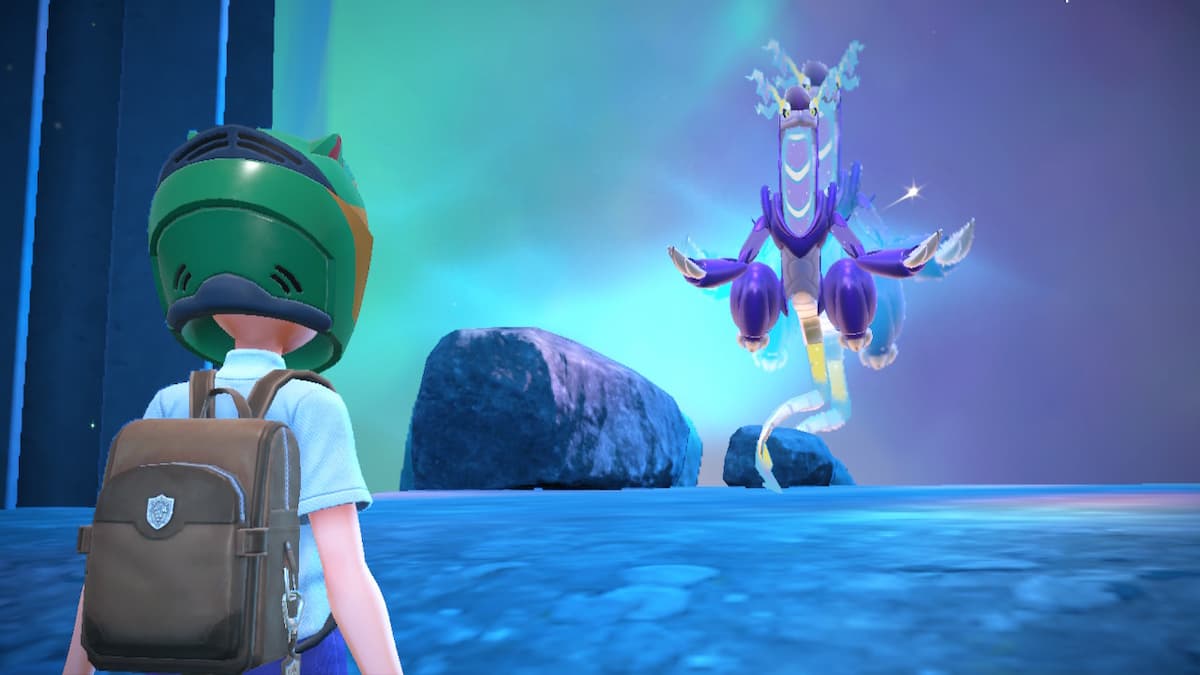 At first glance, Pokemon Scarlet and Violet seem to rob you of the chance to battle and catch the box legendaries since you ride them from the beginning of the game; however, there’s another Koraidon or Miraidon (also shiny locked) that you can catch and use for battling or trading. Here’s everything you need to know on catching another Koraidon or Miraidon in Pokemon Scarlet and Violet.

Caution: light spoilers for Scarlet and Violet’s story ahead.

How Do I Catch Koraidon and Miraidon in Pokemon Scarlet and Violet?

To catch another box legendary, you’ll have to beat the game, only then can you return to the Great Crater of Paldea and find the Koraidon or Miraidon you battled previously as a wild Pokemon. This is a great chance to use the Master Ball as it will save time and frustration slowly whittling down its health and putting it to sleep multiple times.

To find the second box legendary, first fly to Zero Gate, then use the teleport pad to travel to the 4th Research station. The Koraidon or Miraidon is waiting on a natural ramp leading up to a crystal which is almost directly underneath the station. You just have to glide down and to the right from the path in front of the station and you should see the Pokemon (see the above screenshot).