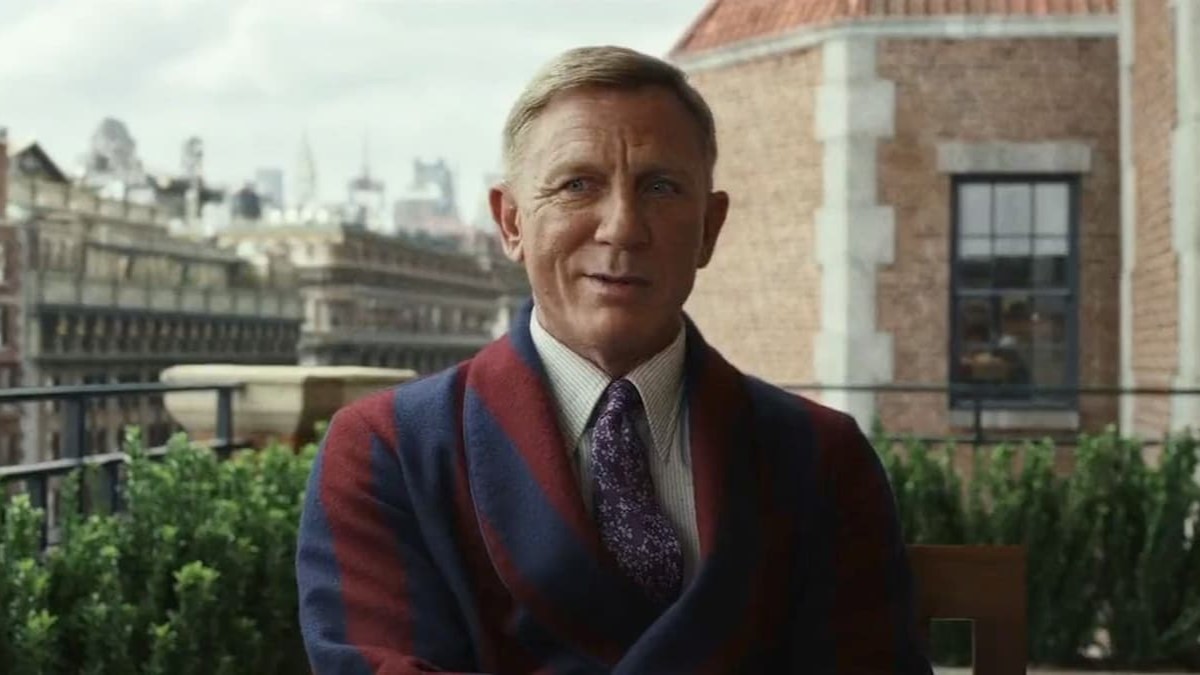 Glass Onion: A Knives Out Mystery is the second installment of the Rian Johnson and Daniel Craig’s franchise, and its success perhaps suggests that Agatha Christie-inspired stories could might end up as Hollywood’s next big thing. After all, it wasn’t long ago that the original Knives Out wasn’t even favored to become a franchise, and yet here we are: a combination of its success, Daniel Craig’s casting, and the endless possibilities of the whodunnit made it a sexy proposition for studios. So, now Netflix has bought the rights to two more films, something I couldn’t be happier about. Time to gush!

Part of the appeal of the Knives Out franchise is that it introduces an entirely standalone story with each new entry. They’re all self-contained plotlines, and while they share similar themes and tropes of the genre, it’s a fresh adventure every time. It affords showrunner Johnson the element of surprise with every installment, and I think that really drives excitement and an element of mystery that goes hand-in-hand with the whole ‘who dunnit’ spectacle.

It reminds me of the TV series White Lotus, which similarly made every new chapter something entirely different from the one that preceded it. Just think, The first Knives Out was in a cold New England manor and centered around a family saga, while the second happens on a sunny Greek private island with a group of old friends. They couldn’t be more polar opposites, and now I find myself daydreaming about how and where the next chapter might play out. Could it be in the most modern parts of Japan? The Florida swamps? An old town in central Europe like Bruges? As the titles says, endless possibilities!

I think one could say the same about the diversity of the respective movies’ casts, too. Every new set of players gives Johnson new archetypes and personalities to play around with, even mock. He’s already done it with tech geniuses, influencers, or third-generation rich pompous guys, and there are many more modern archetypes he could use: from crypto bros to over-obsessed vegans, or professional athletes. It’s all on the table as we move into the next installment that audiences are already hankering to see (and pontificate over potential casting choices).

Of course, it surely helps that Johnson himself is earning rave reviews from actors who refer to him as a blast to work with. He’s apparently a master of casting actors in roles to subvert the expectations of what they’re known for: Chris Evans as a bad guy, for example, or Edward Norton as a dummy.

Johnson is creating star-ridden casts at the level of Tarantino, the Coen Brothers, or Soderbergh, and everyone looks thrilled to be invited to play in Johnson’s murdery world. I’m intrigued as to who we might see next; Florence Pugh, Robert Downey Jr, Meryl Streep, or Brian Cox would be incredible in this whodunnit world, trading barbs with Daniel Craig.

Mind you, let’s not forget the protagonist at the center of it all; none of this would work without Daniel Craig as Benoit Blanc. It’s a genius cast. The actor who is likely most familiar to audiences as James Bond has actually had a very diverse career, and Glass Onion reminds us of his repertoire.

Craig is having fun playing this unique detective with a southern drawl, and it shows. He can be the center of the frame perfectly, but he doesn’t mind laughing about himself (just look at the outfits he has in the new film) or being part of the ensemble, bouncing off other actors with chemistry that jumps off the screen.

The whole endeavor is only possible because of Rian Johnson’s ability in mixing genres and his love for the whodunnit. The filmmaker knows the trappings of murder mysteries and subverts them for modern audiences, twisting the original formula. He did it with the noir genre on Brick, time traveling in Loop, and hero adventures in The Last Jedi, and his murder mysteries are no different. The first Knives Out was a classic whodunnit, while Glass Onion was more of a puzzle mystery. Johnson does all this, while also balancing humor and mystery brilliantly.

Through TV shows like CSI, White Lotus, or True Detective, we all have become amateur detectives, and I feel as though that’s something Johnson is aware of attempting to double down on. Glass Onion features clever constructions of the mysteries, laying small clues and red herrings here and there, so everyone can try to solve the mystery in that same fashion.

Some people like Knives Out, and others prefer Glass Onion, but one thing is for sure: so long as Craig and Johnson want to do it, audiences including myself will keep watching. I can’t wait for the next adventure for the best detective in the world: Benoit Blanc.