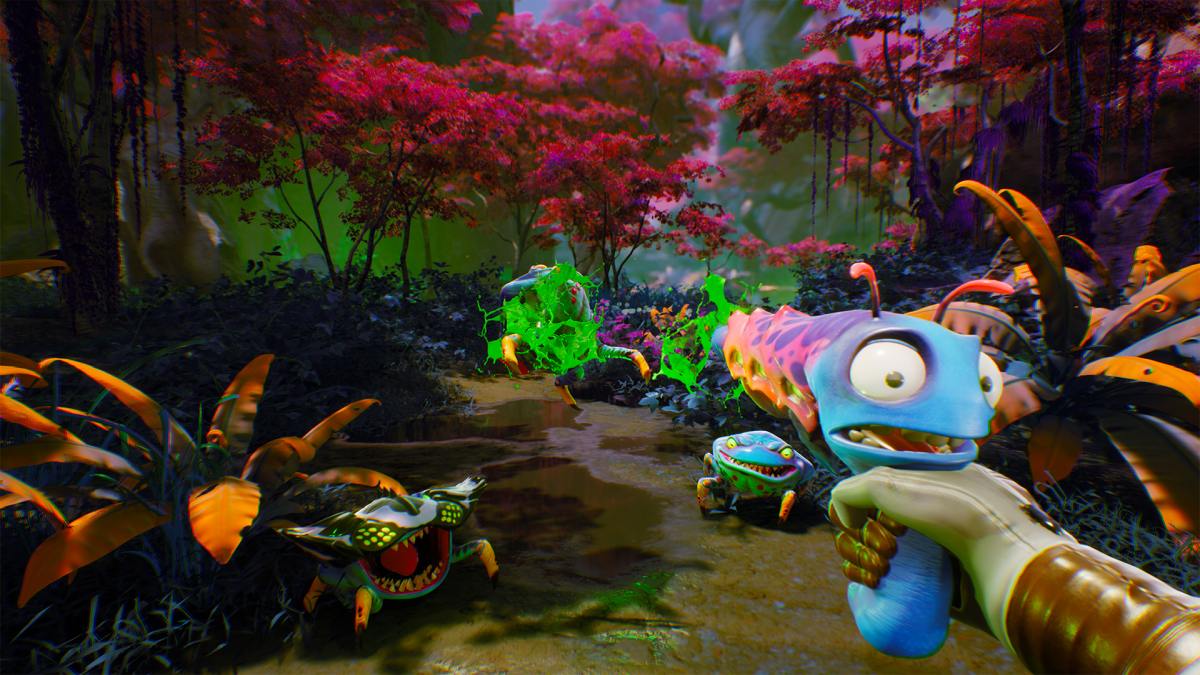 High on Life is Squanch Games’ take on mixing first-person shooter elements with the satirical nature of Rick and Morty. As a bounty hunter, players are tasked with saving Earth from an alien cartel, and this task is made significantly easier with the aid of sentient weapons known as Gatlians. Creative as they are, you’ll encounter quite a few of them during your playthrough. Here’s everything you need to know on how to get all the Gatlians, as well as what they do in High on Life.

**This post will contain spoilers on each of the Gatlians, how you get them, and what they do. If you haven’t gone through the game yet, turn away. If you do not care, continue on.**

Throughout your ten hours of play, you will encounter five Gatlian weapons, each boasting unique abilities and personalities. Earning them is straightforward as they unlock through key points in High on Life’s story. You’ll unlock them all within the first five bounties you embark on in High on Life.

As mentioned, there are five total Gatlians in High on Life that’ll make your journey much easier. Each one has a primary fire and a unique ability that serves the double purpose of clearing enemies and helping with world exploration.

That’s all you need to know about how to get all Gatlians and what each of their abilities do in High on Life. Check out similarly related articles below, such as if there’s multiplayer or coop in High on Life, the price increase in Xbox first-party titles, or all the new titles hitting Xbox Game Pass this month.

Related Posts
Comments
Continue Reading
Related Topics:Guides, high on life, How to, How to Get All Gatlians & What They Do in High on Life, PC, xbox