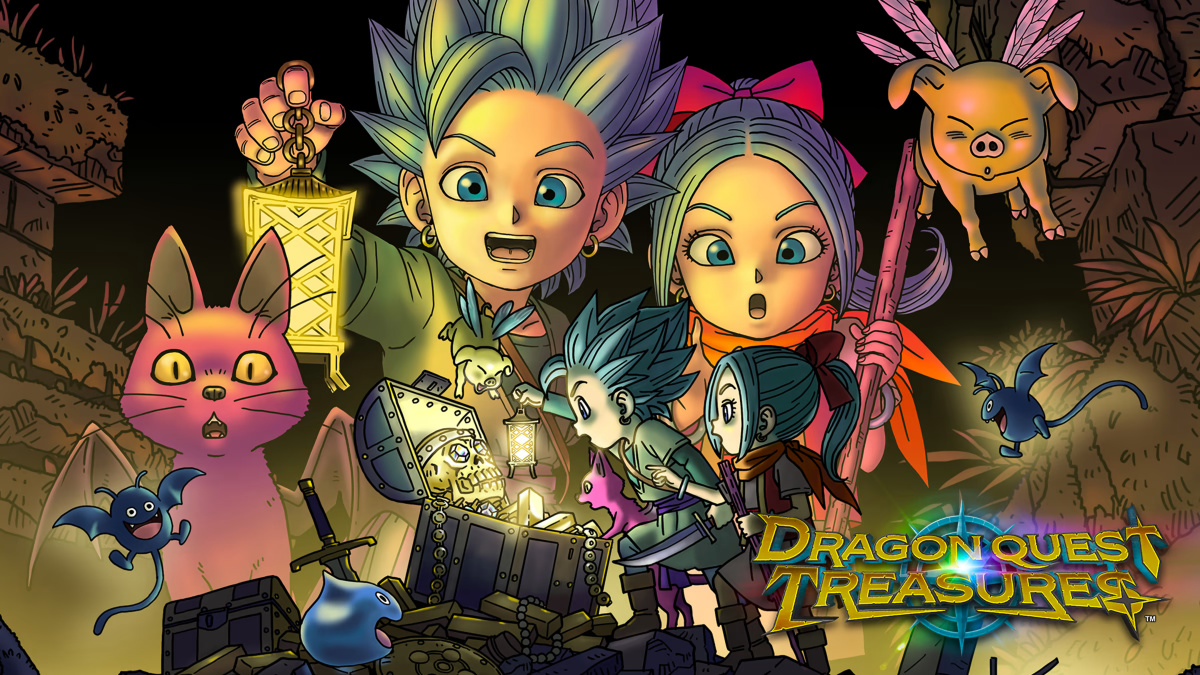 As I wrapped up my time with Dragon Quest Treasures, a strange feeling washed over me. To be sure, the game was undeniably a Dragon Quest title in its style and is firmly aimed at fans of the series. It’s positioned as a prequel to Dragon Quest XI, and it uses most every established element from the series proper, including its monster designs, musical styles, and so much more.

And yet, despite having played and loved most every traditional Dragon Quest title released over the past two decades, I couldn’t help but see potential in what this latest spin-off title brought to the table. Gone was the straight-forward turn-based JRPG framework, replaced by mechanics picked from half a dozen other genres to create something almost entirely foreign to the series. And honestly, I was happy to have seen a title in the series try this, spinoff or not.

At its core, that is Dragon Quest Treasures‘ whole conceit. While it may borrow heavily from the wider Dragon Quest series, it delves into new genres aplenty and attempts to see what can be used to push the series forward. Though this doesn’t always work perfectly, it does present plenty of new opportunities and ways for the series to evolve in some truly exciting ways.

As mentioned above, though, this isn’t how the game presents itself at first glance. The story is initially framed as a straightforward prequel following Erik and his sister Mia from Dragon Quest XI, taking place during their time as captives of a Viking crew. One night, the two rescue a pair of flying and glowing animals from said Vikings and follow them to a secluded temple containing two magic daggers.

Upon taking one dagger each, the siblings are then transported to the islands of Draconia. Once there, they learn that the islands are host to a near-infinite supply of treasure to find, with the greatest plunder being seven stones that carry great importance to the animals they saved. Eager for adventure, the duo set out into Draconia to amass a fortune of treasure, enlist the help of allies, and track down the seven stones for the strange creatures who brought them there.

It’s a somewhat basic story but serves its purpose of giving players a reason to engage with the world and its characters. And really, that’s where Dragon Quest Treasures places most of its focus.

As either Erik or Mia, players must set out and gather treasure from the game’s world, exploring and delving into every corner and crevice in the process. How players can do this, though, is a bit more varied than simply walking from point A to point B. In addition to sniffing out the location of valuable treasures through the use of a Treasure Sense ability, players must also use the abilities of different monsters to jump, fly, burrow, and otherwise make their way across various parts of the terrain of each area.

Those monsters are recruited by defeating them in fights, which is done via an active battle system. Players can seek out and fight whichever enemies they’d wish in the overworld, attacking them with simple combos and projectiles in real time sans any sort of transition or cutaway. This also carries the benefit of leveling up the player’s character along with any monsters they’ve already enlisted, improving everyone’s attack while also unlocking new moves and spells said monsters can use in battle.

They can then return to a base of operations where they can actively choose which monsters they’d like to add to their party. Once there, you can also send out monsters not currently in their party to search for treasure, display the best treasures they’ve found for all to see, and even embark on treasure expeditions with other players via online multiplayer modes.

If this sounds like a lot of gameplay mechanics to be mixed together at once, that’s because there definitely is. Even though Dragon Quest Treasures spends a substantial amount of time walking the player through everything it has to offer, there’s still plenty that will slip through the cracks or won’t prove necessary in a standard playthrough.

Likewise, the game doesn’t always have a clear focus due to how much it tries to do at once. While there is a main quest to follow, the sheer volume of different tasks to take on can be overwhelming. Almost immediately, players will be flooded with potential tasks to undertake, with very little information explaining how completing them will be useful in the long term.

I spent most of my first dozen hours with the game just trying to get a grip on what I needed to do and what was optional. Even by the end of this stretch, I still felt unsure of whether I was taking advantage of everything the game had to offer as opposed to railroading my playthrough directly toward the story’s conclusion.

And yet, even with these factors in mind, Dragon Quest Treasures was still a highly enjoyable experience overall. I had a blast wandering around the different areas of the game’s world, scouring every inch of each area to find different stashes of treasure. I loved battling and recruiting every possible monster I saw and bringing them out into the field to access new areas I couldn’t reach before.

Helping this fact is the game’s presentation, which is at the level of what one would expect from a Dragon Quest title at this point. In terms of visuals, the art direction is an imaginative mix of uplifting and cartoonish designs with fantasy norms.

The series’ trademark monsters pop with an adorable yet intimidating energy, while the more human characters stand out thanks to Akira Toriyama’s trademark art style. The environments and scenery are slightly less distinct but still serve their purpose as parts of a larger fantasy world.

On the sound design side of things, it’s fairly straightforward as well. There’s the usual sweeping orchestral themes most any Dragon Quest title boasts, as well as a slew of iconic sound effects and musical stings tied to things like level-ups, attacks, and triggered spells. There is voice acting for key scenes and the occasional catchphrase from characters, but this feature is otherwise used quite sparingly.

Dragon Quest Treasures is not a perfect experience, but it is a fun and enjoyable one overall. The new ideas and mechanics it blends with the Dragon Quest series’ trademarks are sound ones, and they could prove to be vital to the series’ direction both in mainline games and what will hopefully be a strong new spinoff series for years to come. So long as one is willing to bear with its rough introduction, there’s little doubt they’ll find a game that’s well worth the patience. 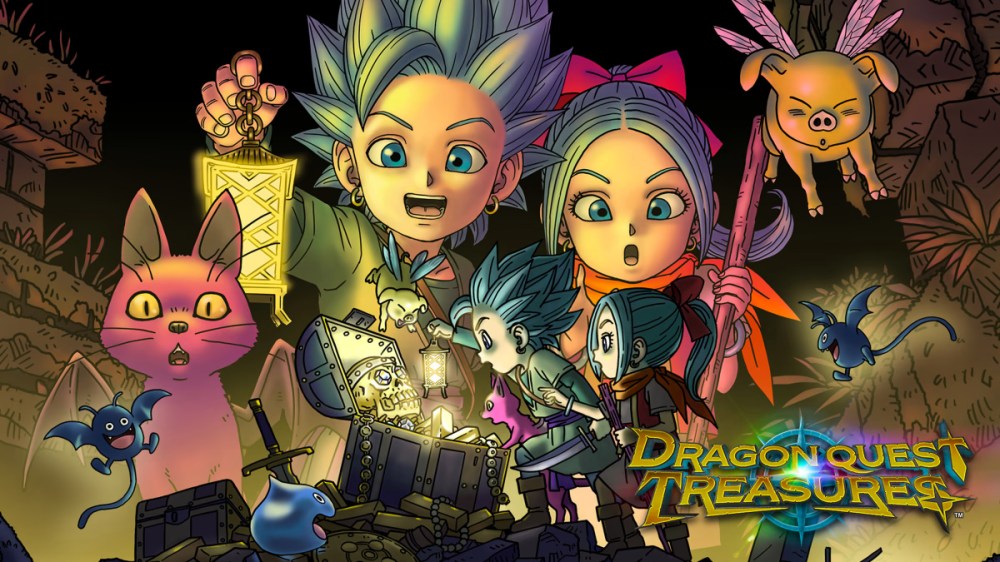