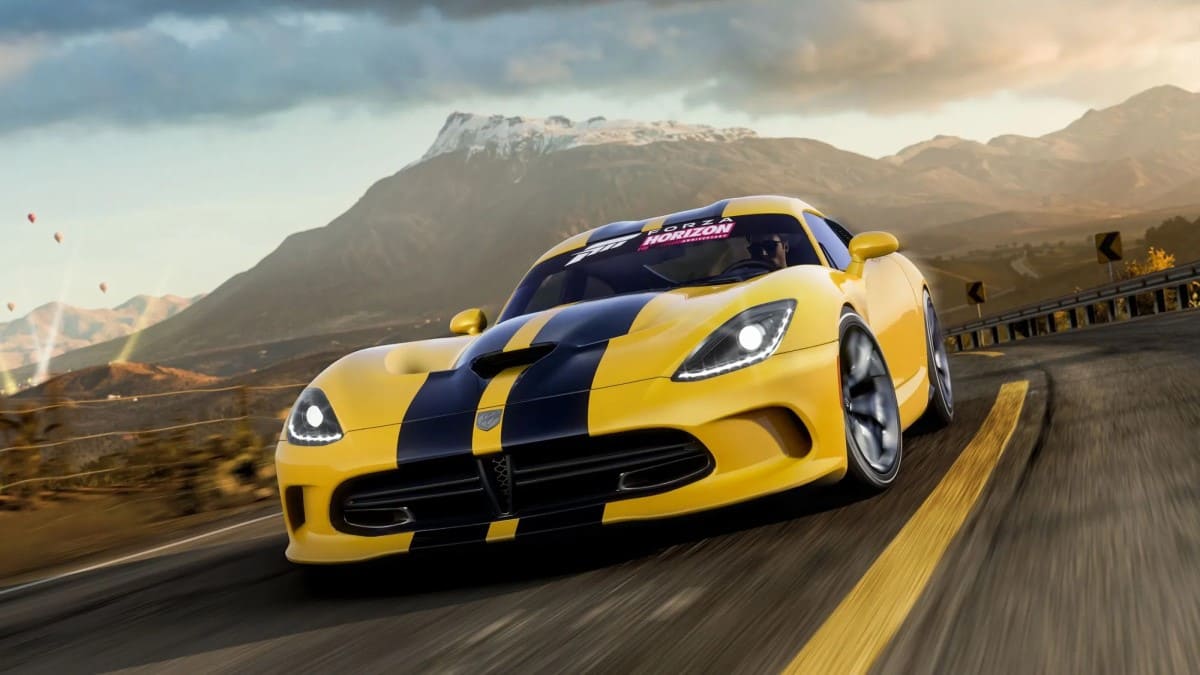 The Forza Horizon series is known for its open-world racing gameplay, where players can explore the environment at their own pace and discover new racing events. The games also feature a day-night cycle and dynamic weather system, which adds to the realism of the racing experience.

The games are spin-offs of the Forza Motorsport series and share the same gameplay mechanics and engine. The first game in the series was released in 2012, and since then, four more games have been released, with the latest installment released in 2021.

If you want to start playing Forza Horizon, you may be wondering which game in the series is the best place to start. Here’s a ranking of all Forza Horizon games, from worst to best:

The first Forza Horizon was a decent game, but it was also the weakest entry in the series. While at the time it wasn’t as noticeable, by today’s standards the biggest issues is that it just doesn’t have enough content in comparison to its sequels. There are only around 150 cars available in the game, and the map is a little small.

While it’s understandable since it’s just the first installment of the series, many felt that the game content was lacking, especially in comparison to the Forza Motorsport series where there’s a significantly larger number of cars and tracks.

Forza Horizon 3 is set in Australia, and while that sounds like a great setting for a racing game, its minor performance issues and online connection problems hold it back from being the best in the series. The gorgeous environments take players to different locales within Australia, and the map is huge. Plus, you can choose from hundreds of cars to take for a spin.

While Forza Horizon 3’s online multiplayer is stable most of the time, there have been reports of connection issues and server problems. The game also has some occasional frame rate issues, which can be frustrating when trying to race online against others. Despite these technical problems, Forza Horizon 3 is still a great racing game with a lot to offer players.

Set in Southern Europe, Forza Horizon 2 featured a day-night cycle and weather system, as well as dynamic objectives that popped up as you explored the map. Forza Horizon 2 also introduced the concept of “buckets,” which were challenges that grouped together various activities such as driving through certain gates or performing donuts in specific areas. These buckets could be completed at any time and provided rewards upon completion.

The game received positive reviews from critics, with many praising the improved graphics, new gameplay features and overall level of polish. Forza Horizon 2 was an excellent addition to the series and is one of the best open-world racing games ever made.  However, it does entail a steep learning curve, which may turn some players off.

Setting the game in Britain was a gamble after Forza Horizon 3’s adventurous Australian terrain. Nonetheless, Forza Horizon 4 is the second-best in the series for its refined mechanics and gorgeous visuals.

The seasons change dynamically this time around, making each return visit feel unique. This wasn’t just a visual change, though. The snowy roads in winter prove far more challenging to navigate at high-speeds, even in super cars like the Audi R8, while the sunbaked asphalt in summer provides plenty of grip to keep you on course to claim another podium finish. The addition of multiplayer races and co-operative campaign missions make it easy to sink dozens of hours into Forza Horizon 4 without getting bored.

Playground Games rolled out the Eliminator Battle Royale mode in Forza Horizon 4 to add another fun way wannabe racers could compete against one another. This mode sees 72 cars driving around the open-world, collecting better cars from drops around the map, all the while trying to eliminate other players by beating them in short but sweet races. Just like other eliminator-type games, it also features shrinking boundaries to force you into encountering and racing it out with your opponents.

Some players complain that the game can get quite repetitive after a while. The issues with the game’s progression system and microtransactions also hold it back from being the best in the series.

Forza Horizon 5 is the most recent and also the best entry in the series to-date. It improves on the previous games in every conceivable way, bringing more of those epic events that see you race against planes, trains, dirt bikes and so much more. Ever fancied hurtling down a volcano in a Bugatti? Well, have I got some good news for you!

Playground Games lives up to its reputation of bringing stellar vehicle and environmental details to the table. The world is one of the most visually stunning we’ve had the joy of exploring in this console generation so far, and the — what we image to be an insane — amount of time and effort spent meticulously modeling the 500+ cars in the game is evident. They look almost identical to their real-life counterparts, right down to warning labels in doorsills or under the hood.

Glossy visuals can only take a game so far, though, but Forza Horizon 5 doesn’t slouch on the series’ iconic arcade-racing gameplay. Each different type of car feels distinctly different, and zooming down a grippy road is a stark contrast to rocketing your way across rolling pastures in an off-road vehicle.

Forza Horizon 5 also introduced the Horizon Tours feature, which is a three-race co-op event that lets players battle as a team against others. The objective is to get most of your team in the top six. These events are not only great fun, but they also give players the chance to earn some serious rewards.

Throw in a plethora of different racing types, side activities and objectives to complete, and the Hot Wheels DLC and you’ve got more gear-shifting goodness than you can shake an exhaust at!

For more gaming content, news and guides, check out the rest of our content here at Twinfinite. We have a range of topics like Best 2 Player Racing Games to Play With Friends in 2022 and Best Sports & Racing Games of 2022.