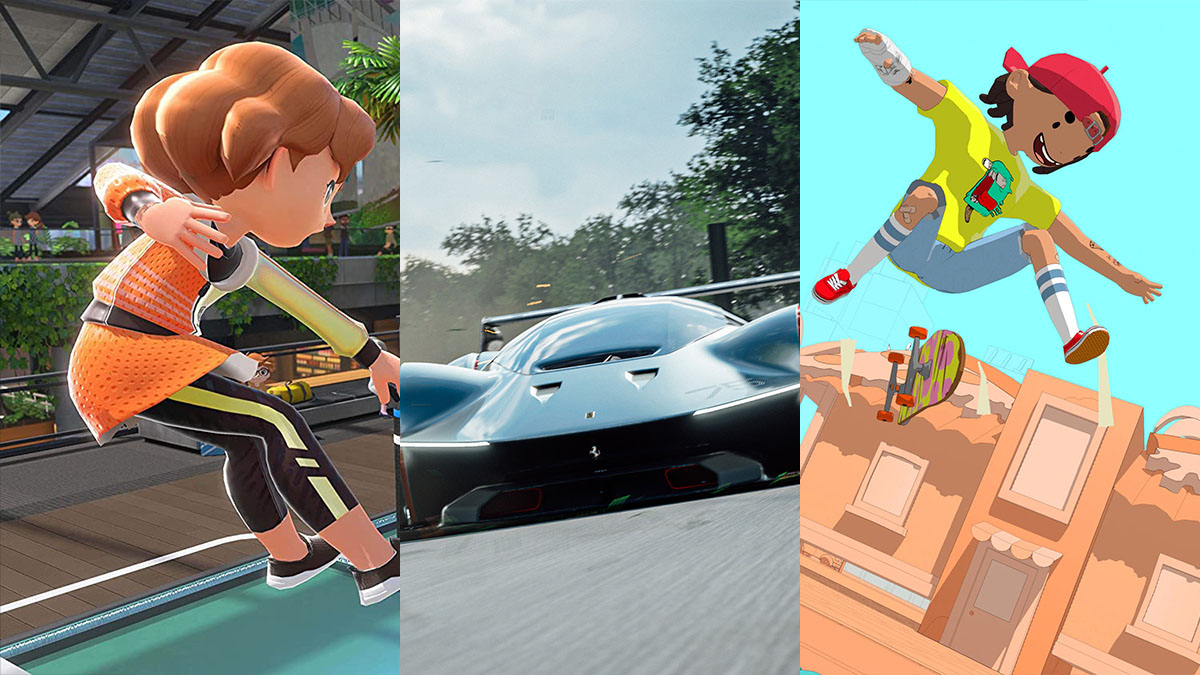 It’s that time of the year, so we’re putting on our helmets and our cleated shoes to take a look at the Best Racing and Sports games of 2022. Both genres inevitably continued to be popular in 2022, and it was an especially interesting year thanks to a few titles that disrupted the usual formulas, while classic franchises also saw welcome returns to form.

Due to that, the competition was rather pitched, with some participants that were rather unusual. So, without further ado, here’s Twinfinite’s best racing and sports games of 2022.

Staff Writer Omar Banat: Forget the World Cup, Mario Strikers: Battle League is the biggest soccer event to happen in 2022. Okay, maybe that’s a bit of a stretch, but there’s no doubt that the return of the 15-year-dormant series was a massive win for fans of Mario Strikers. This Mario-themed soccer game that Nintendo fans had been clamoring for since the beginning of the Wii U days finally arrived and delivered.

For those who had been waiting, it was such a sweet victory and for new players of the franchise, it was an introduction to what makes Mario Strikers such a beloved series among Nintendo fans. With many other realistic games that focus on the sport of soccer like FIFA, PES, and Football Manager, it’s nice to have an alternative that just puts pure fun at the forefront of the experience.

Yes, the game obviously draws in the Nintendo crowds with familiar characters, but beneath that is an incredibly fun and at times highly competitive arcade-esque sports game. The moment-to-moment play is easy to pick up and enjoy but difficult to master. On top of that, there are over-the-top hyper strike shots with special whimsical animations that wonderfully fit each character.

Admittedly, the character roster and stadium selection weren’t incredible at launch, but free updates have helped to fix those issues. Still, what makes a sports game enjoyable is its gameplay. Looking at the 2022 slate of sports games, Mario Strikers: Battle League delivers in this category better than almost any other title in this genre.

Contributing Writer Cameron Waldrop: Cursed to Golf is an interesting creation that doesn’t really give away what’s under the hood if all you know is the golf roguelike description. Instead, you get an unexpectedly deep 2D golf game loaded with personality that has the player ascending through hell by playing golf in an effort to regain their life after a very unfortunate lightning strike.

While in hell, players must battle through courses they choose through a map selection system, leading them to harder holes for more rewards or chests full of important cards. These courses always end in a boss battle with whatever groundskeeper of the land in a race to the hole. The cards found can help players add strokes to their limit as well as provide several important power-ups to gain any possible advantage, as the groundskeepers don’t play fair.

The roguelike aspect does mean that losing to any of these bosses drops you right back to square one, but you benefit from the experience as boss courses never change, and getting to them is the largest hurdle. If you’re looking for a golf game with more than a few wrinkles or your new roguelike fixation, Cursed to Golf is a great choice.

Features Editor Andrew McMahon: OlliOlli World is just a sick, good time. Even if you’re not a skater, there’s no denying just how fun this game is, as the third installment provides newcomers and returning fans alike with a bevy of addictive action and courses.

You see, unlike the previous two games in the genre, OlliOlli World made the kickflip over to 2.5D. While this might not sound like much, it opens up the possibilities when it comes to level design and tricks to an insane degree.

Instead of just riding a line and hitting grabs, grinds, and other tricks in tune with what was in front of you, OlliOlli World now lets you explore in interesting different ways thanks to that new landscape. Via new features like half pipes and converging paths, you can play side quests, complete challenges, and just try out unique sections of the level that make for a ton of variation and replayability.

I found myself playing through the same levels so many times simply because there was so much to do throughout each level. Not to mention that the gameplay loop is super satisfying, as it all centers around timing your button prompts and stick flicks perfectly to get just the right height, speed, and distance.

This is one of those niche-sounding titles that is actually surprisingly welcoming and fun to anyone and everyone. Enjoy shredding Gnarvana dudes and dudettes.

Staff Writer Rebecca Stone: Nearly everyone has some memory of playing Wii Sports in the late 2000s, so it was only natural for Nintendo to try to recreate the magic with a similar game on the Switch; they did exactly that with Nintendo Switch Sports.

Like its predecessor, Nintendo Switch Sports allows players of all ages and skill ranges to come together to enjoy competitive sports on the big screen. The game includes seven total sports that can be played either single-player or multiplayer, in-person or online.

It makes great use of the Joy-Con technology in each of the game modes, such as precision movement with motion controls and realistic rumble in your hands. Nintendo Switch Sports also goes the extra mile by incorporating the use of the leg strap accessory in its soccer mode, which allows players to actually run and kick in place.

Though Nintendo Switch Sports lacks the charm and general wackiness from the Wii Sports days, the game offers exactly what you’d expect: reliable fun with family and friends for any game night. It’s simple enough for anyone to pick up and play, even if they don’t normally play video games, which makes it an easy game to represent among the best of sports games from the year.

News Editor Giuseppe Nelva: The Gran Turismo series used to be the undisputed king of racing games on consoles, but the competition has been gaining ground in the past couple of generations, even more so considering Polyphony Digital’s attention to detail, which creates gaps of many years between entries. The esports and multiplayer focus of Gran Turismo Sport in 2017 means that Gran Turismo as we knew it basically skipped a generation. Yes, I am aware that Gran Turismo 7 was also released on PS4, but its launch was already well within the PS5’s life cycle.

Yet, while no one will accuse Polyphony of rushing their games out of the gate, one thing is for sure: that extreme attention to detail almost always shines through, and Gran Turismo 7 is no exception. Add to that a return to what fans of the series expect from a racing game that doesn’t leave single-player gameplay wrecked against a guardrail, and what you get is an extremely sleek and polished package able to grant hundreds of hours of car-loving entertainment.

That’s exactly what makes Gran Turismo 7 so good for any petrolhead with gaming inclinations. It’s a large, beautiful, and extremely engaging love song to car culture in general and basically all kinds of car cultures (as there are many). It’s obvious that it’s made by people who have loved motorsports for their whole lives, and it speaks to gamers who do the same.

Since the game’s release, Polyphony hasn’t missed a beat in releasing updates with new cars every single month, on top of the occasional new track.

Ultimately, there’s a reason why Polyphony and Sony can get manufacturers like Ferrari or Porsche to literally design new concept cars for Gran Turismo 7, and I don’t believe it’s just promotional. If you want a racing experience on consoles in 2022, this game is arguably unreachable.

This is it for Twinfinite’s picks for the best sports and racing Games of 2022. Be sure to let us know what you think in the comments down below!