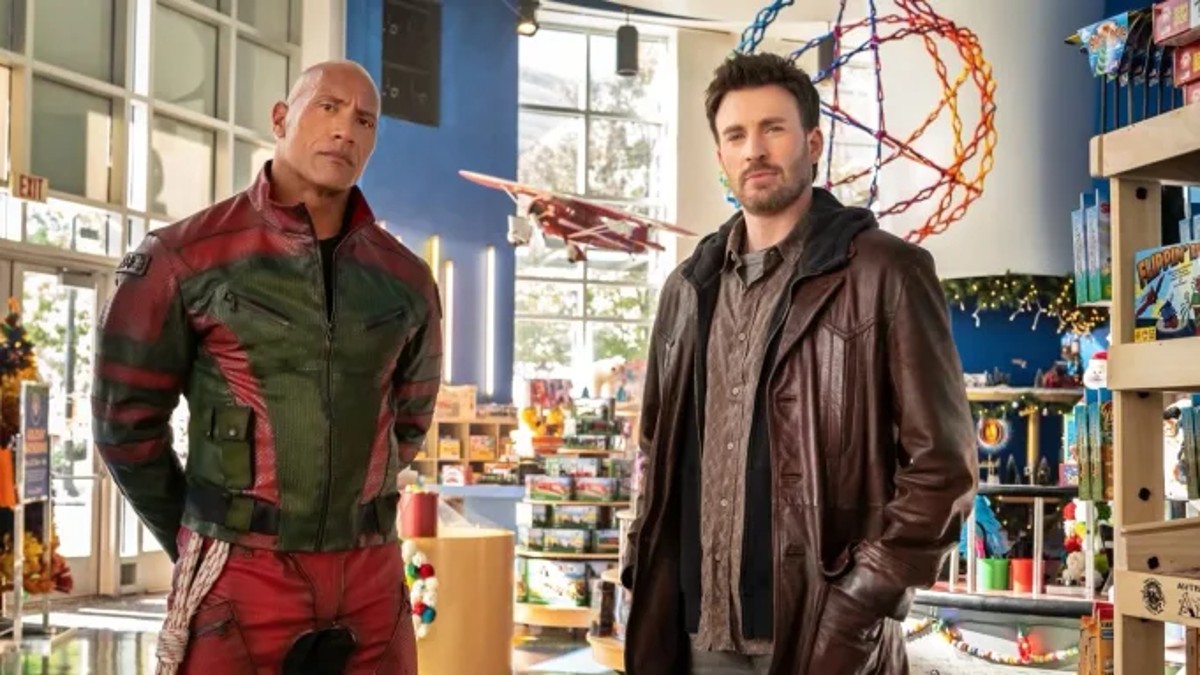 It’s not every day that Black Adam and the former Captain America team up to spread some holiday cheer, yet that’s exactly what is happening as Dwayne Johnson and Chris Evans co-star in the upcoming film Red One for Amazon Studios. A first-look image shows the two megastars standing side by side in what appears to be a toy store.

Despite principal photography having just started and no release date set, Amazon Studios is already planning on turning the film into a major holiday franchise with “merchandising throughout the Amazon universe.” They might have reasons to be confident as the project see Johnson reunite with director Jake Kasdan, who previously helmed Sony’s billion-dollar Jumanji franchise.

Red One will be the latest project under Seven Buck Productions, the company behind Johnson’s DC superhero flick Black Adam. The film made headlines for bringing back Henry Cavil as Superman and being the final film not under the leadership of the newly appointed Heads of DC Studios, James Gunn and Peter Safran.

We will be sure to provide you with more information on the film as it is revealed in the leadup to its release.