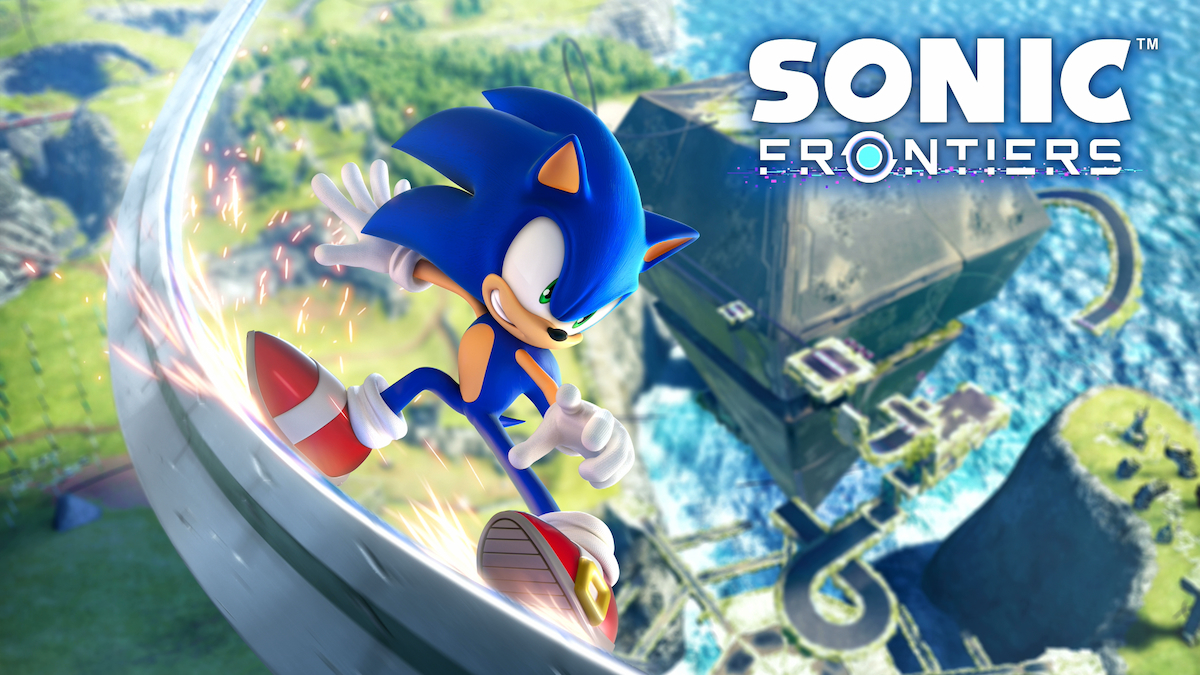 As with many famous video game series, recent Sonic titles have released to much scrutiny from fans and critics alike. Regular attempts to incorporate new twists on the existing staples of the series have been consistently met with mixed reception at best and outright distaste at worst.

This cycle has almost become routine to fans of the series, and yet somehow it feels as though there are more eyes on Sonic Frontiers, the blue blur’s latest outing, than ever before. The announcement of a more open-world-adjacent formula was met with feelings of trepidation and uncertainty. Is Sonic Frontiers a shot in the arm for the series, or simply more of the same?

Frontiers begins with Sonic, Tails, and Amy high above the Starfall Islands aboard the Tornado. They’re on the hunt for chaos emeralds when a portal opens and separates the trio, hurtling Sonic into a dimension called cyberspace. Once free, he finds himself on the surface of the islands and sets out on a quest to find his lost friends and recover the chaos emeralds.

Without delving too deep into the nitty gritty of spoiler territory, the story in Sonic Frontiers is a thoughtful one. While not a sprawling epic by any stretch of the imagination, the themes it explores are substantive and intentioned (particularly compared to prior releases) without fully losing sight of the more lighthearted tinges Sonic is known for.

There’s a large element of mystery as Sonic speaks with his friends, learns more about the ruins scattered throughout the islands, and encounters a young girl named Sage who seems to know much more about the islands and cyberspace than she lets on. It’s satisfying to slowly piece the puzzle together, and it feels good to be playing Sonic game that feels like effort was put into its narrative again.

The presentation of that narrative, however, is where Frontiers falters. Given the game’s structure, it’s told primarily via interactions Sonic has in short cutscenes scattered throughout a given map. The cutscene will begin, Sonic and an NPC will have a back-and-forth musing on a part of the environment or recent story events, and then the cutscene ends and you’re plopped back into the open world. It’s very rare that the game escapes this formula, and it quickly lends itself to a feeling of repetition if you attempt to see every one.

There are also some strange decisions made with regard to characterization and vocal direction for the English voice actors. Nearly every character is sporting a more somber, subdued performance than ever before. There’s something to be said for pairing a more serious story with more serious line delivery, but it was taken a bit too far in that direction here. It took quite some time to not be surprised by Sonic’s voice in each scene.

When it comes to gameplay, the main thrust of Sonic Frontiers is to guide the hedgehog through an expansive area, free his friends, nab the chaos emeralds, and promptly take down a large boss enemy called a Titan. Breaking things down further, most of the game is delineated into two separate gameplay areas: cyberspace levels and open world zones.

The former represent your typical boost formula Sonic stage, with a more linear design and optional missions for finishing within a specific time frame, collecting a certain amount of rings, and the like. The latter sees Sonic exploring, beating up robots, and completing environmental platforming challenges and puzzles to fill in the map, thus making it easier to locate collectibles and cyberspace levels.

Unfortunately, said cyberspace levels are the weakest part of Sonic Frontiers. They’re marginal improvements over the the blink-and-you’ll-miss-it stages of 2017’s Sonic Forces by virtue of having more optional paths to explore, but many of them still only last about a minute. What’s more, nearly all of them pull from the same small pool of assets. I would have much rather had these stages be incorporated into the open world they’re found in, rather than loading into yet another variation of Green Hill Zone or Sky Sanctuary Zone in the playthrough.

Visual assets aren’t the only thing being reused in cyberspace, though, as some of them are laid out identically to stages from older games in the series. It was enjoyable enough to see one of my favorite levels from Sonic Adventure 2 reinterpreted for Frontiers, but after that feeling wore off, its reuse didn’t feel novel because of how similarly it felt in gameplay to every other cyberspace level. These feelings, combined with a low overall speed for Sonic in cyberspace, made playing the levels feel more like working through a checklist than an exciting gameplay sequence.

Thankfully, the open world is where Frontiers is at its best. Each zone is essentially a giant playground for Sonic’s high-speed antics. As you progress through a given area, you’ll be working through a constant stream of short platforming challenges, enemy encounters, puzzles, minigames, and more.

Everything is spaced out in such a way that the player is never stuck doing the same thing for an extended amount of time. More than that, each zone has its own set of unique enemies and challenges that go a long way in minimizing reuse through the entire playthrough.

The open world platforming specifically is a constant treat given how different the layouts are between them and the way they naturally guide Sonic to and from each one. It’s very easy to get caught up in the groove of movement in Sonic Frontiers.

Even when I decided I wanted to focus on advancing the plot for a bit, I would still wind up exploring a new direction or spend 20 minutes jumping from platforming section to platforming section to gather up new collectibles. They’re designed in a such a way that going between them often feels like playing through an extended Sonic level complete with alternate pathways, different angles of approach, and more player freedom.

The best Sonic levels have always been those that provide the player with not just a high level of speed, but a high level of fluidity as well—the ability to seamlessly keep forward momentum while falling to a lower pathway or ascending to a higher one in a given level. Through the open world in Frontiers, Sonic Team has found a way to execute this feeling on a larger scale than ever before.

Complementing the open world sections is the fully fledged combat system. As you play, Sonic earns skill points that can then be spent on a small skill tree to unlock new abilities to be used against the baddies. The system here is much more in line with a character action game, but with less focus on combos and more of an overall emphasis on powerful moves you can use in the middle of your standard attacks.

Even with fewer attack options, optimally taking down each enemy type requires a different approach to combat. Some may need you to run a loop around them in order to lower their defenses, while others require many quick attacks to remove their shielding before you can damage them properly. It isn’t a system that will set the world on fire, but it’s more than serviceable to carry the game to its conclusion thanks to this enemy variety.

When it comes to the Titan fights that serve as a capstone for each area, their design is fully preoccupied with a providing a sense of scale and cool factor over providing an interesting gameplay experience. They don’t quite reach the level of being interactive cutscenes, but they’re not very far off and pale in comparison to the more elaborate combat found in fighting the overworld mini-bosses.

The key thing lost in these fights is player agency. While tackling any mini-boss in Sonic Frontiers, I’m able to approach it from the exact angle I want to, utilize the skills I think will suit the situation best, and dodge or parry my way to victory. There’s a feeling that my altercation with this enemy could have played out somewhat differently from another player’s, which is a rewarding feeling.

None of this is true when battling a Titan. Sonic’s movement is largely automated during most of them, with only brief input requirements from the player. You’re given the ability to choose which attacks to use, but you’re only able to execute them during a specific, obviously telegraphed window of time. The fights are rigidly structured and jarringly fade to black to play cutscenes at certain HP thresholds, interrupting the flow of the fight—doubly so when that cutscene also involves a quick time event.

The list goes on. Titan fights aren’t torturous experiences, but they’re certainly disappointing in the context of the rest of the game.

On the graphical front, it probably comes as no surprise to hear that Sonic Frontiers is the most impressive looking Sonic title to date. The lighting and texture work in particular accentuates each of the game’s biomes to great effect, and the shading provided by the day/night cycle causes the same locations to have a different feel and atmosphere depending on when you visit them.

There is the problem of pop-in though, especially when it comes to not-so-distant foliage and the floating platforms scattered throughout the zone. A detailed map helps avoid frustrations with it, but there will be occasions where you’re moving too fast to get a proper lay of the land because certain platforms disappear so quickly.

The original soundtrack is predictably excellent. The open world tracks are typically much slower, more contemplative pieces as you explore the fields, while the more linear cyberspace levels feature upbeat electronica that cranks up the catchiness.

When Sonic Frontiers was first announced, it was clear that Sonic Team was attempting to push the hedgehog in a new gameplay direction. In that regard, Frontiers succeeds and carries itself with considerable aplomb. The way Sonic controls in the open world is tight and responsive, the non-cyberspace content itself is plentiful and sports a fluidity rarely seen in 3D Sonic levels. Moreover, the variety and amount of unique content keeps things from getting stale across the adventure.

But by that same token, its weaknesses are easy to see. The narrative, while miles better than the low bar set by recent Sonic game storylines, suffers for its repetitive cutscene structure and certain characterization choices. The cyberspace levels, despite sporting neat throwbacks for series veterans, feel uninteresting given their limited pool of assets and short length. The Titan boss fights are more focused on spectacle than meaningful player engagement.

The game sticks the landing in many ways that matter, but these flaws are hard to ignore as its runtime carries on and you start bumping up against them more often. Sonic Frontiers falls short of a home run, but is still a successful step in the right direction from a studio that has demonstrably stumbled trying to do so before. 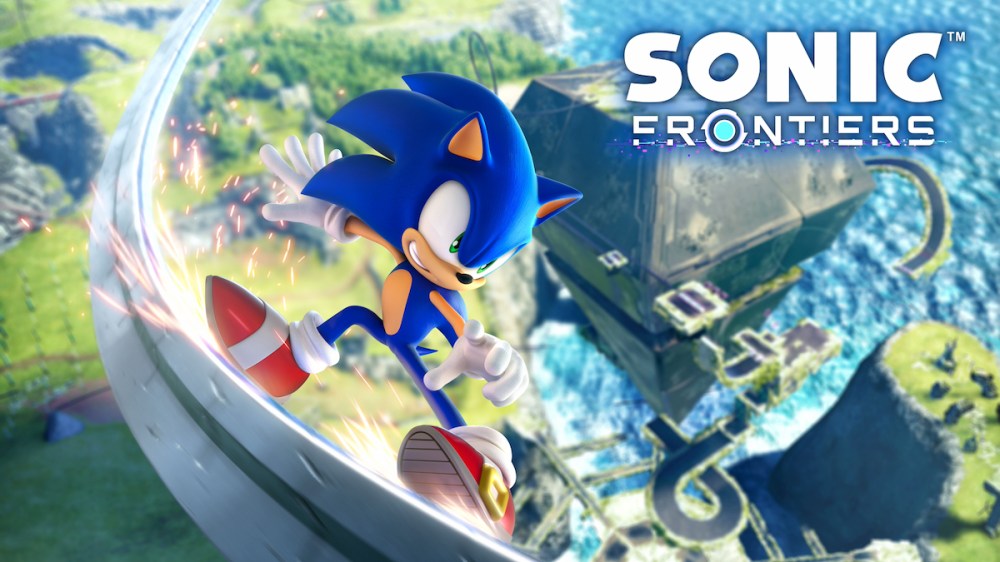