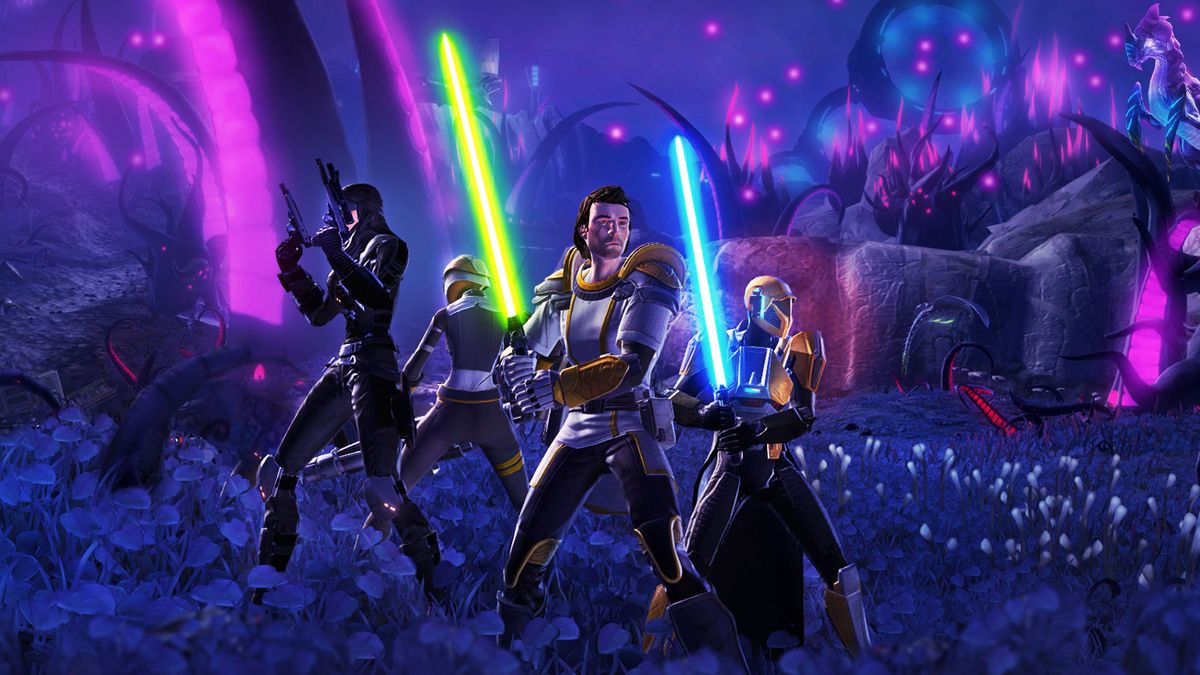 SWTOR’s 7.1.1 update went live today, but the New Galactic Seasons 3 is facing a delay after an issue was found during maintenance testing.

Bioware had carried out scheduled maintenance for over five hours, and while the 7.1.1 update was able to go live, an issue was encountered by the team for the new Galactic Seasons 3, which means it will be turned off until further notice.

Community Manager Jackie Ko took to the SWTOR community forums to inform fans of the issue, and while no details were provided, assuring players that the new Galactic Seasons would go live as soon as the issue was resolved.

Servers are expected to go down for a short period while the team works to implement the fixes. Bioware hope to have updates for the community soon as the situation develops. The new Galactic Seasons 3 is set to introduce players to a new droid companion, PH4-LNX, which will assist players in progressing through the new reputation track and earn new rewards.

While Galactic Seasons is facing a delay, there’s still plenty of new content for SWTOR players that have been added with the 7.1.1 update. The Feast of Prosperity event will be returning to the game on Nov. 1 and will last until Nov. 29. The newest edition of the event offers players new rewards like the Feast Holo-Toy and the Gourmand’s Favorite Weapon Set.

The 7.1.1 update also offers a substantial quality of life improvements which increase outfitter slots from 16 to 32 and implement Bioware’s plan to balance both class and combat going forward. Players will now be able to storm Planet Manaan for the first time with an all-new invasion zone and conquest objectives. A new Collector’s Edition Vendor’s item has also been added with the newest update and can be bought from Cartel Martel.

Be sure to check out Twinfinite for our continued coverage of SWTOR, including our full breakdown of the 7.1.1 update and our review of Legacy of the Sith.