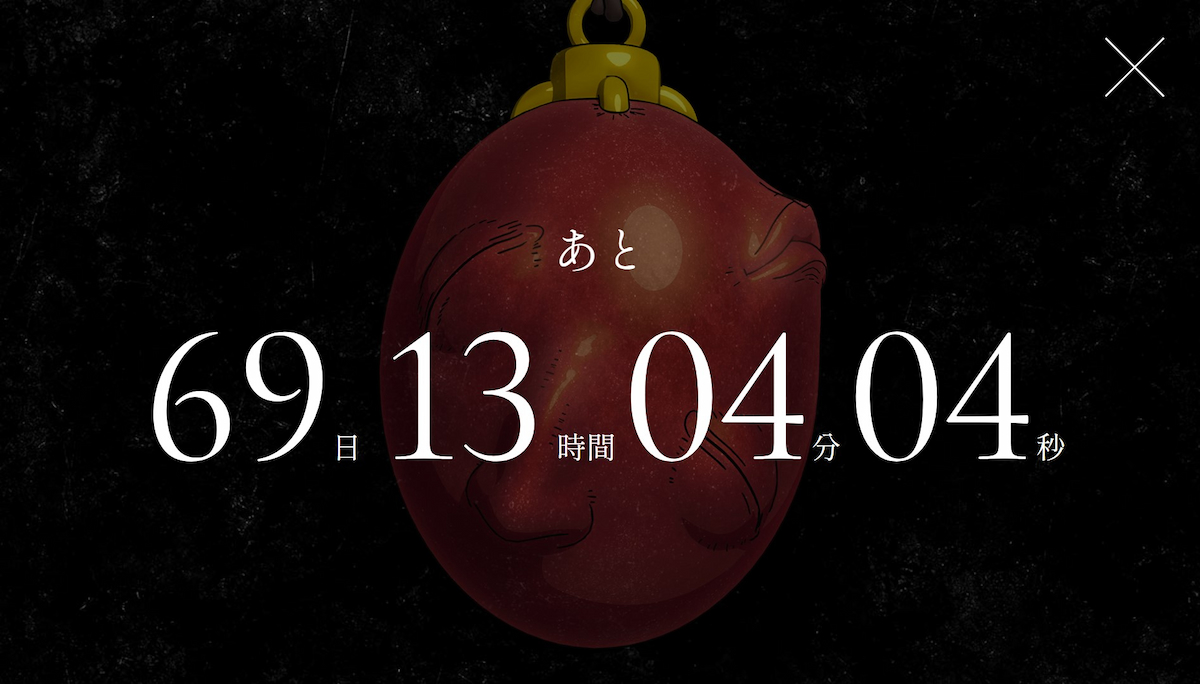 We have no idea what this means, but a countdown has appeared on the official Berserk website. Considering the current remaining time is not that far under 70 days, it doesn’t connect to Berserk: The Golden Age Arc – Memorial Edition which was released onto Crunchyroll today.

When slipped through Google translate, the heading text of the countdown reads as: “another thing”, but otherwise doesn’t give anything away.

This Berserk countdown will likely lead to an announcement for either a separate anime series or a third season of the 2016 revival that already covered both the Conviction and Falcon of the Millennium Empire arcs in the two seasons that aired. Regardless of what form it takes, it can be expected that this new series/season will be a continuation and cover the Fantasia Arc that started in chapter 308 of the Berserk manga. For reference, 369 chapters have been produced.

All that we have at this time is speculation, as we are just as in the dark about this as you are, and we love it. This has been a packed couple of months for anime releases, and it is also the perfect time for a crazy countdown to appear related to one of the most important manga series of all time.

Any work on new anime materials would be the first to be produced since the death of the influential Berserker mangaka Kentaro Miura.

We will be sure to keep you informed when we know more about what this countdown could be leading us towards.