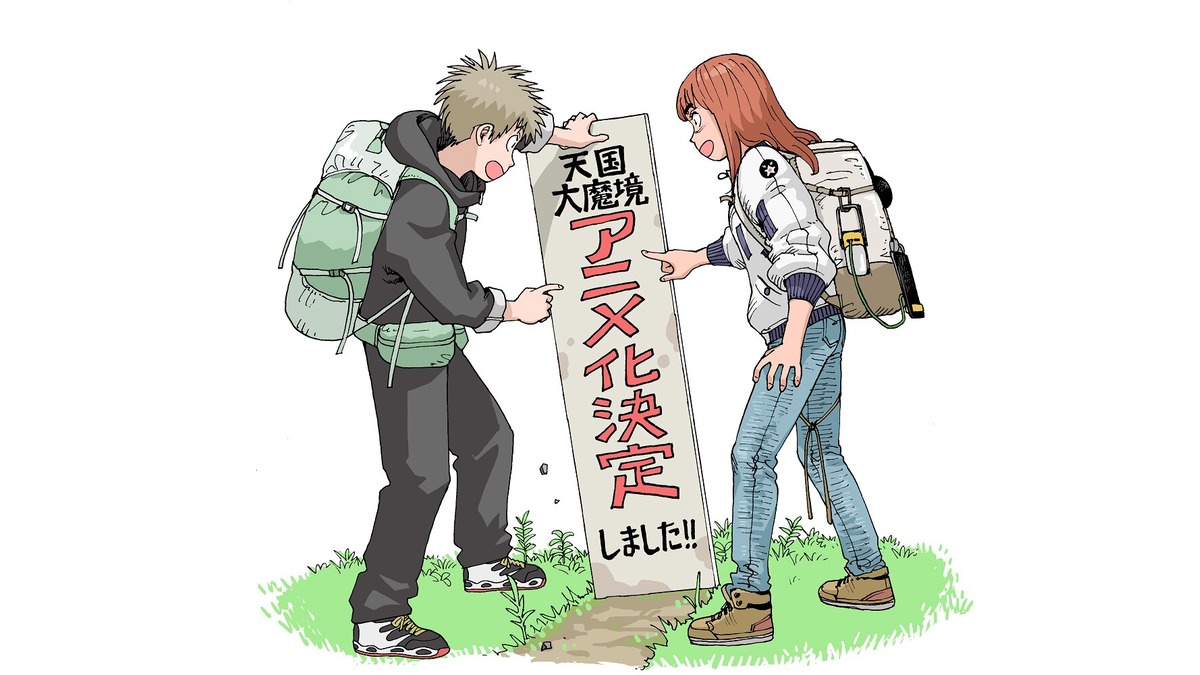 Good news has come to light for all the fans of the Heavenly Delusion manga by Masakazu Ishiguro. The series is set to be getting its own anime from studio Production I.G which is famous for Ghost in the Shell: Stand Alone Complex and Psycho-Pass (including the upcoming Psycho-Pass: Providence film).

The Heavenly Delusion website summarizes the manga’s story as:

15 years after the unprecedented catastrophe. In the ruined land of Japan, strange monsters called “cannibals” nested, and people lived in close proximity to each other. Kirko, who runs a handyman in Nakano, Tokyo, receives a mysterious request from a certain woman. Maru, a boy entrusted to her after she died, saying, “Take this child to ‘heaven’ .” He says, “There’s someone in heaven who has the same face as me,” but he doesn’t know anything beyond that. Where exactly is “heaven”? What will happen when you get there…? Maru and Kirko’s journey to search for heaven now begins!

As of right now, all we know about a premiere date is a very vague 2023.

As with all big anime announcements, there is some pretty awesome key art that the Production I.G Twitter account tweeted out that you should absolutely see.

Heavenly Delusion mangaka Masakazu Ishiguro also tweeted out an adorable piece of artwork to further celebrate this news. You can see that below (and at the top of this article as it was too adorable to not use as our featured image).

In other big anime news, we finally learned the premiere date of the Chainsaw Man anime’s English dub yesterday, so nothing should be keeping you from binging the show as it deserves.