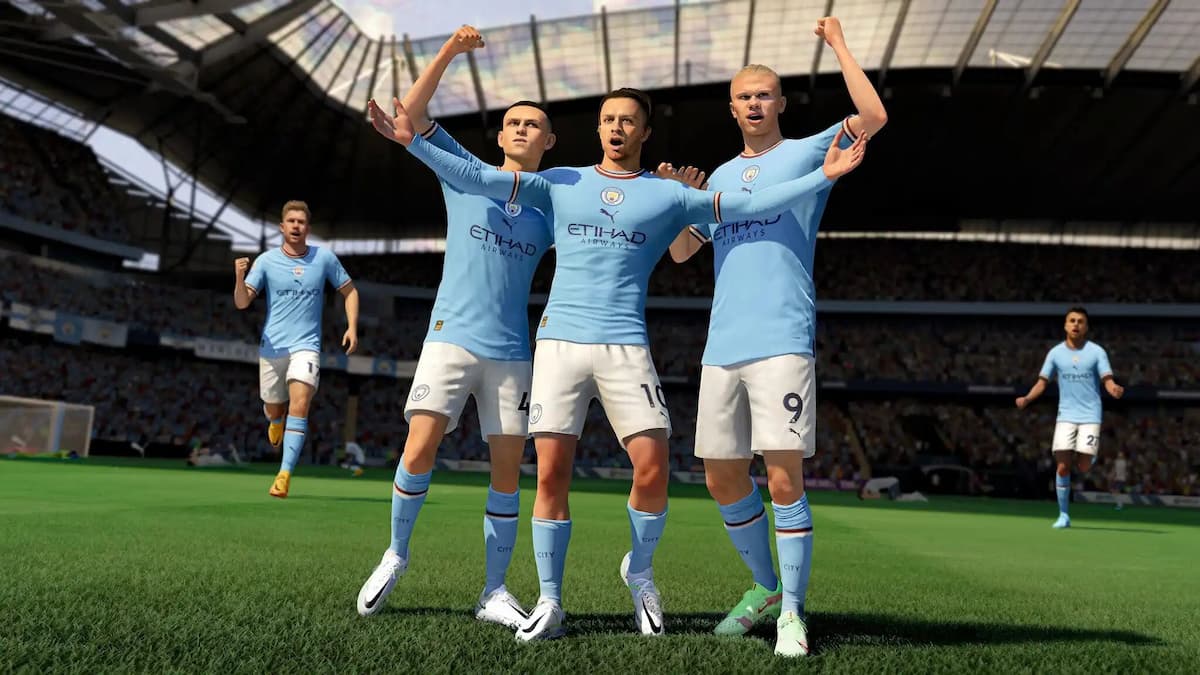 Team of the Week has become a fixture within Ultimate Team, and this year is no different. With another slate of matches played and a star-studded side around the corner, these our some of our FIFA 23 TOTW 3 predictions.

How to Get TOTW Players in FIFA 23

As with many Ultimate Team card promotions, players are able to acquire them through various means. Here are the ways in which you can do so:

If patterns are anything to go by, Ultimate Team enthusiasts can expect their TOTW slate to drop on Wednesday, Oct. 5.

FIFA’s TOTW 2 focused mainly on international performances during the break, but clubs were back at it this past weekend—with many catching the eye.

And while it appears nailed on that Erling Haaland is in line for yet another accolade following his third consecutive Premier League hat trick, we’re here to say not so fast.

Just for fun, let’s go for a conventional Starting XI here—aside from the double-up on left wingers. But again, we’ll get to that.

Frankfurt had to play the final 22 minutes of their match against previously unbeaten Union Berlin down a man, but Trapp and company rose to the occasion to maintain their two-goal first-half lead—with Trapp making five saves.

A winning goal from a José Mourinho favorite in a big match against Inter Milan? It’s tough to single out defenders in these TOTWs but, if we’re doing a conventional XI, Smalling is in it.

It’s difficult to say whether or not Silva, who now has a boosted Flashback card available via SBC, will get an in-form card so quickly afterwards.

However, after an early concession against Crystal Palace, Graham Potter’s Blues won late and defended well—with Silva completing 116 of his 123 passes—good for a rate of 94 percent. That’s reliability.

Two goals and an assist by the hour mark? Clauss is in our side at fullback. Interestingly, though, he has only RWB/RB availability in FIFA 23. However, Marseille deployed him at LWB this past weekend.

Needless to say, that seemed to work wonders.

Bayern got back to their winning ways in the Bundesliga and Musiala was at his creative best throughout. Life after Robert Lewandowski sure is different, but things aren’t looking too bad for the German giants.

Yes, we’re giving the nod to Phil Foden—who netted a hat trick alongside teammate Erling Haaland against Manchester United over the weekend. But we do have a reason for this.

Haaland is going to get an in-form card at some point. He’s already a One to Watch and, if we’re being entirely honest, at this rate he’d be in the TOTW every single week without question.

That said, we won’t be surprised if Haaland makes it in anyway. Surely FIFA wouldn’t give both an in-form, would they?

Down a man three minutes into the second half? No problem for the Leeds keeper, who made six saves total to hold Aston Villa to a scoreless draw.

Werner is loving life back at RB Leipzig, and what better way to celebrate his 100th goal for the club than with his very own in-form card?

And that’s all we’ve got in terms of FIFA 23 TOTW 3 predictions. How many do you think we’ll get right? Be sure to sound off below with your thoughts!

We’ll be back with more next week but in the meantime, also be sure to check out our other guides such as how to complete The Challenger SBC and how to score downward headers—not to mention the endless FIFA 23-related content at the links below.