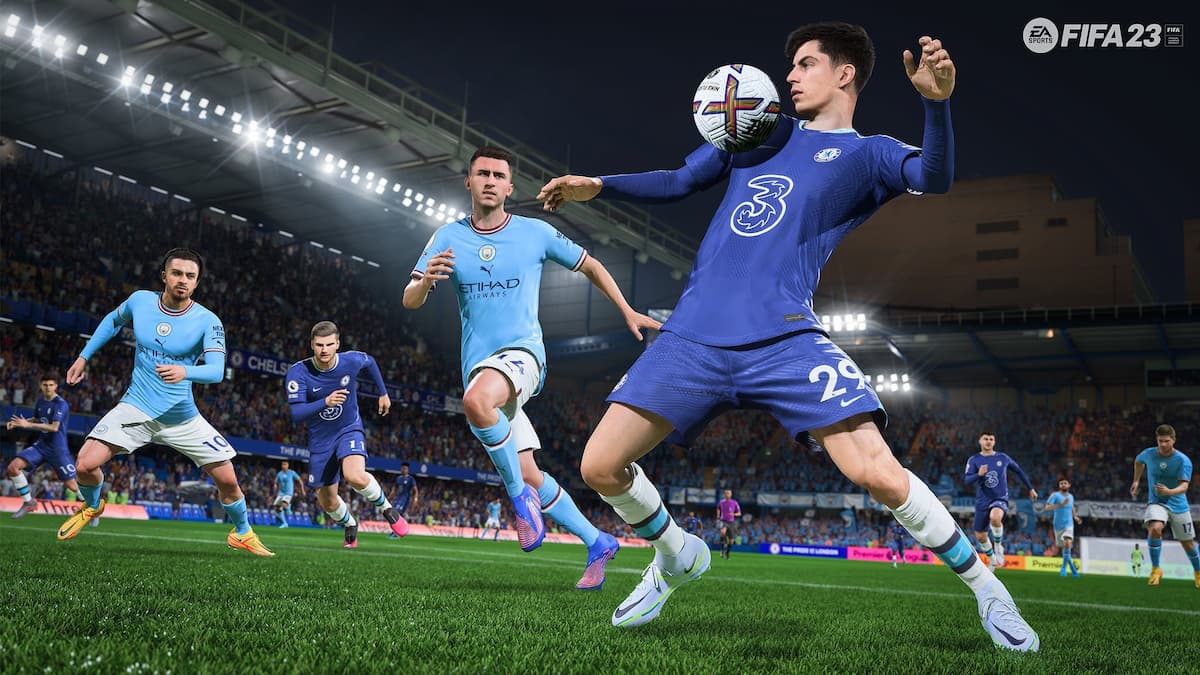 There are numerous ways to score in FIFA 23. And, numerous places in which to score from. Heading the ball can be particularly advantageous, and there are several types of headers to utilize. With this guide, we’re going to explain how to score downward headers in FIFA 23.

When it comes to scoring downward headers in FIFA 23, it’s all about timing. Pulling it off at just the right time will result in the opposing goalkeeper having to go down to make a difficult save.

Due to the new power shot mechanic introduced in FIFA 23, things are a little different.

In the past, players were required to combine the use of both shoulder buttons (LB + RB on Xbox, L1 + R1 on PlayStation) while then pressing the shoot button (B on Xbox, Circle on PlayStation) to attempt a downward header.

Now when a ball comes in, you need to put just enough power on your shot by tapping the shoot button — B on Xbox, Circle on PlayStation, A on Nintendo Switch — similar to how low-driven shots are performed.

You may also find a bit of success if they’re holding down the right shoulder button before tapping shoot — RB on Xbox, R1 on PlayStation, and ZR on the Switch — when a ball comes in, similar to the finesse mechanics.

Whether it comes from a cross, free kick, or corner, players have options with regards to executing a downward header. Once more, timing is crucial. Executing that header at just the right moment can make all the difference.

That’s all players need to know about scoring downward headers in FIFA 23. So practice up! In the meantime, keep your eyes on Twinfinite for all your FIFA 23 needs. We’ve got guides such as how to do a driven through pass and how to do bicycle kicks—not to mention endless information at the links below.