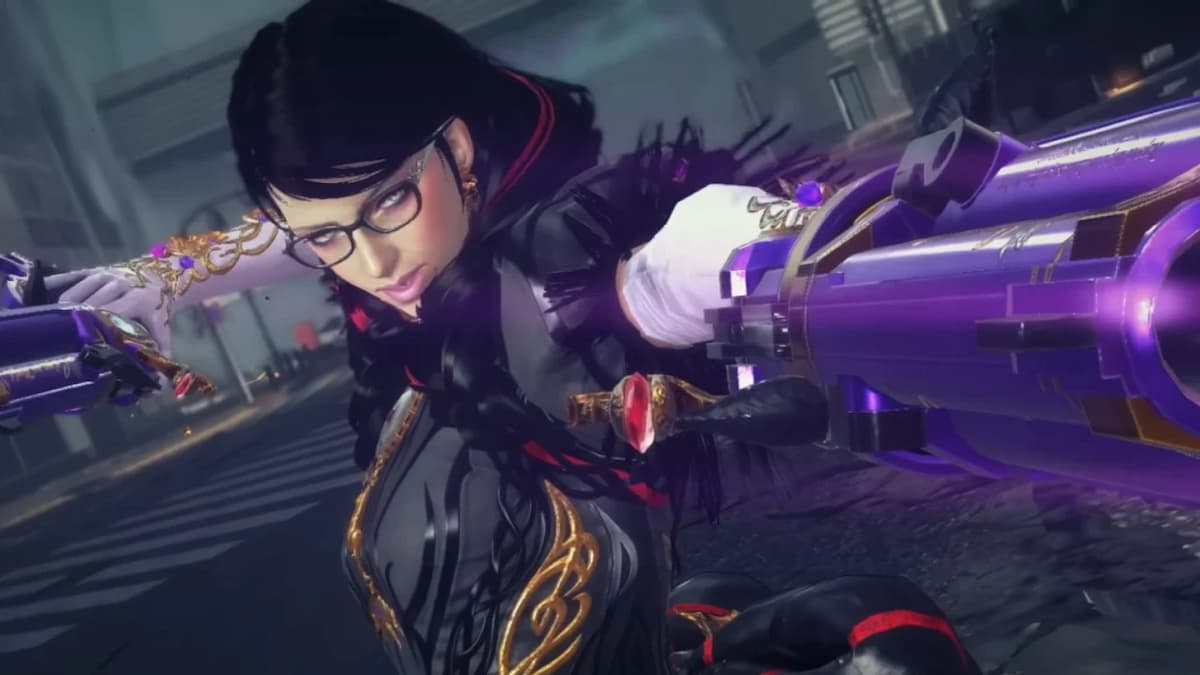 Bayonetta doesn’t change. No matter what, you can always count on her to be her same bejeweled, headstrong self –unafraid to stand up for the weak, and always with a fabulous strut to go along with her cause. Bayonetta 3 is a chaotic, unhinged experience that’s unapologetically messy at times, but it’s so easy to look over those flaws once you’re taken in by Cereza’s charm.

While the story has never been the strongest aspect in the Bayonetta games, it feels especially weak and haphazard in Bayonetta 3. But I suppose that’s par for the course when you delve into trippy multiverse stuff, and that’s exactly what this game does.

Bayonetta 3 wastes no time in setting up the plot: you meet a young punkish girl named Viola, who tells you that the world is in danger of getting destroyed and taken over by a mysterious entity called Singularity. Cereza is then sent on a journey across the multiverse to collect five Chaos Gears, which are essentially just your usual plot MacGuffins, which will allow her to unlock a path to Singularity itself.

The premise is… fine, I suppose. With the relatively short runtime of the story (I clocked in at around 12 hours for the main missions), everything just feels very messily and hastily put together. Little time is dedicated to Viola’s own backstory and journey, which makes some late-game revelations fall flat. Familiar faces like Enzo, Rodin, and Jeanne show up, of course, but their narrative impact bear little weight in the grand scheme of things.

As the new shining star of the series, I found myself wishing that Viola got a lot more development than she did in this game. Presented as a bit of a cocky loudmouth, Viola is tolerable at best, and grating at her worst. It’s clear she’s meant to be the argumentative, antithetical punk girl serving as a foil to the calm, cool, collected Cereza, but that dichotomy often falls flat and veers into silly slapstick territory.

Perhaps most egregiously, the big bad of Bayonetta 3 is also woefully underdeveloped. It was difficult to establish any sense of urgency throughout the journey, and while I enjoyed running into old friends, there was very little about the story that actually spoke to me. Make it make some sense, Platinum. Give me more story.

That being said, where Bayonetta 3 falls short in story and characterization, it makes up for in spades in gameplay and spectacle. As discussed briefly in my preview of the game, Bayonetta 3’s combat feels smooth and fluid. It has that level of quality you’ve come to expect from Platinum, and combat is made even more dynamic thanks to the ability to summon Infernal Demons to your aid at any point in time.

A lot of the classic Bayonetta-isms are present here, including Witch Time dodging and your usual, shoot, punch, and kick buttons. Weave those together with the Infernal Demons, however, and combat becomes a lot more exciting. Playing well with the Demon Slaves requires you to strike a good balance between regular attacks and Demon attacks, as whenever you summon a Demon, Bayonetta is rooted in place and completely open to her enemies.

The key here, then, is not to completely rely on your Demons whenever your mana bar is filled, and instead use them in-between your combos, or as a finisher. Before long, Bayonetta 3’s fights become a matter of switching between weapons to pull off fun flashy combos, then activating Witch Time and using your Demons to finish off your foes. It’s a dance that never gets old.

To make things even more interesting, Bayonetta gets a whole host of Demon Slaves and weapons to collect over the course of the game, each of them coming with their own skill trees for you to progress through. My main weapon of choice was the Ignis Aranaea Yo-Yo, which you get fairly early on in the game, and it transforms Bayonetta into a cool skater girl who skates through hell and hits enemies from range with giant fiery yo-yos on her arms. And when I feel like it, I just transform into a huge fire spider that looks like it came straight out of Dark Souls to climb up walls and swipe through my foes.

Skater girl Bayonetta is something I never knew I needed in my life, but now that I have it, I can’t imagine living without it.

With three Infernal Demons and two weapons to switch between at any point in time, I can safely say that this is the best combat has ever felt in Bayonetta, especially if you’re a lapsed fan who hasn’t really kept up with the series since the first game. The game’s set-pieces are memorable, with fantastic fight sequences that never fail to get you pumped up. The late-game set-pieces are some of the best the series has ever seen, and one sequence with the Demon Slave Baal, in particular, continues to live rent-free in my head with undeniable callbacks to a certain boss from NieR: Automata. Once you get there, you’ll know what I’m talking about.

There’s so much to love about Bayonetta’s combat, which is why it’s hard not to feel just a little let down when the game wrenches you away from that fun loop. In-between story chapters, you’ll be forced to play as Viola and Jeanne, and while these do serve as a nice break from the main story, they also felt like unnecessary distractions.

Jeanne’s chapters, in particular, looked stylish and sleek, but you’re forced to wander through 2D levels while stealthily taking out enemies. Much to my chagrin, there were also brief platforming sections sprinkled in there, which I absolutely detested.

On the flipside, Viola’s chapters still have you running around the 3D levels, and they’re meant to give you a glimpse into what she’s up to while Bayonetta’s out collecting her MacGuffins. Viola’s playstyle is much more limiting, with only a katana and an oversized cheshire cat (aptly named Cheshire) to mess around with.

Witch Time isn’t unlocked automatically with Viola, and that can make dodging and evading feel really bad. Viola is also primarily a close ranged character, and while she can throw out shurikens to hit faraway foes, you’re meant to get up close and personal with her.

I suppose this is where the big flaw in all of Platinum’s action games start to rear its ugly head. Witch Time works so well because it lets you feel cool while executing all sorts of ridiculous combos, but when you take that away, you start getting hit a lot more, and the game starts feeling bad. You begin to realize that enemy attacks are not all that well-telegraphed, especially when you’re facing a whole horde of them. You start to get frustrated that your moves aren’t as slick as when you were playing as Bayo herself, and the game just really isn’t all that enjoyable at that point.

Witch Time is a crutch, and it always has been in Bayonetta. Call me a lousy casual, I don’t care, but Bayonetta 3 is significantly less fun without that crutch.

There are other things to nitpick with this game, including how jarringly ugly and muddy it can look in handheld mode. Enemy models looked particularly blurry, and some of the environments and textures appeared weirdly low-res as well. I’m not usually one to fault a game for not looking as graphically good as others, but this was a real standout and almost on par with Xenoblade Chronicles 2 and 3’s handheld graphics.

The lows can get real low in Bayonetta 3. This rang truest for me at a point in the game where I was already starting to check out of the story, and then bam, another goddamn stealth mission with Jeanne. But the highs are often worth it, too. It’d be mere minutes before the game pulls you back in with another fantastic combat sequence with Bayonetta and a new Demon or weapon to play around with. You forget all the lows that came before and think, yeah, I could play this for hours.

At the end of it all, it didn’t matter if the story was utter nonsense, or that I thought Viola was criminally underdeveloped. What mattered was that I got to see a cast of awesome magical, blood moonlit girls get together, do a little dance, kick some Singularity butt and look good while doing it. It’s difficult to stay mad at a game that’s constantly making cheesy jokes, with Bayonetta dancing half-naked atop a giant kaiju while kicking the crap out of another monster.

It’s just pure, unbridled fun. How could you not love that?

Bayonetta 3 is an ode to the longtime fans who’ve stuck with the game since 2009. While it’s certainly not without its obvious flaws and missteps, I can’t imagine that fans would be very disappointed with how this third, explosive entry has turned out. The way is open for even more shenanigans and adventures set in this colorful universe, and it’s exciting to see what our Umbra Witches will bring to the table in a new era. 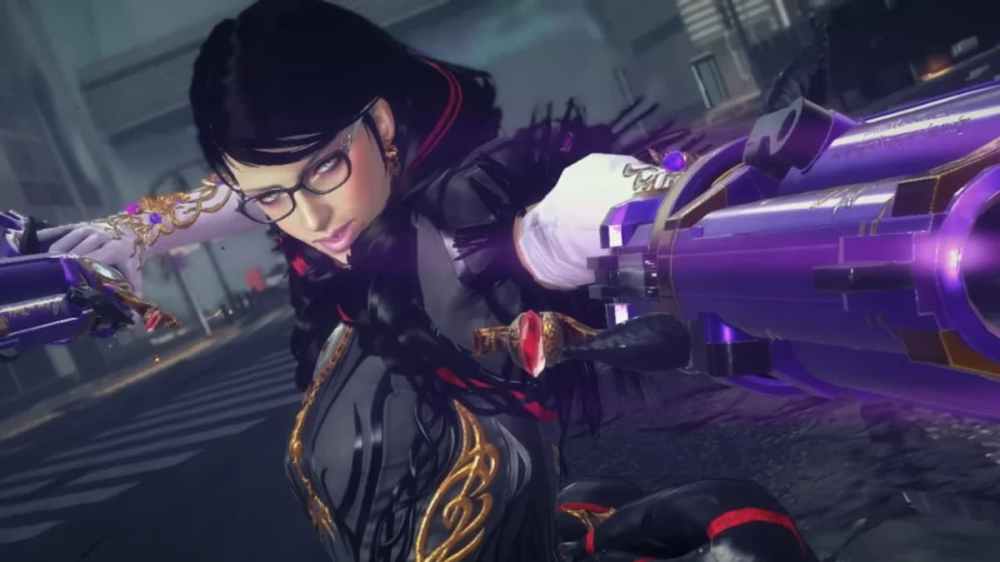