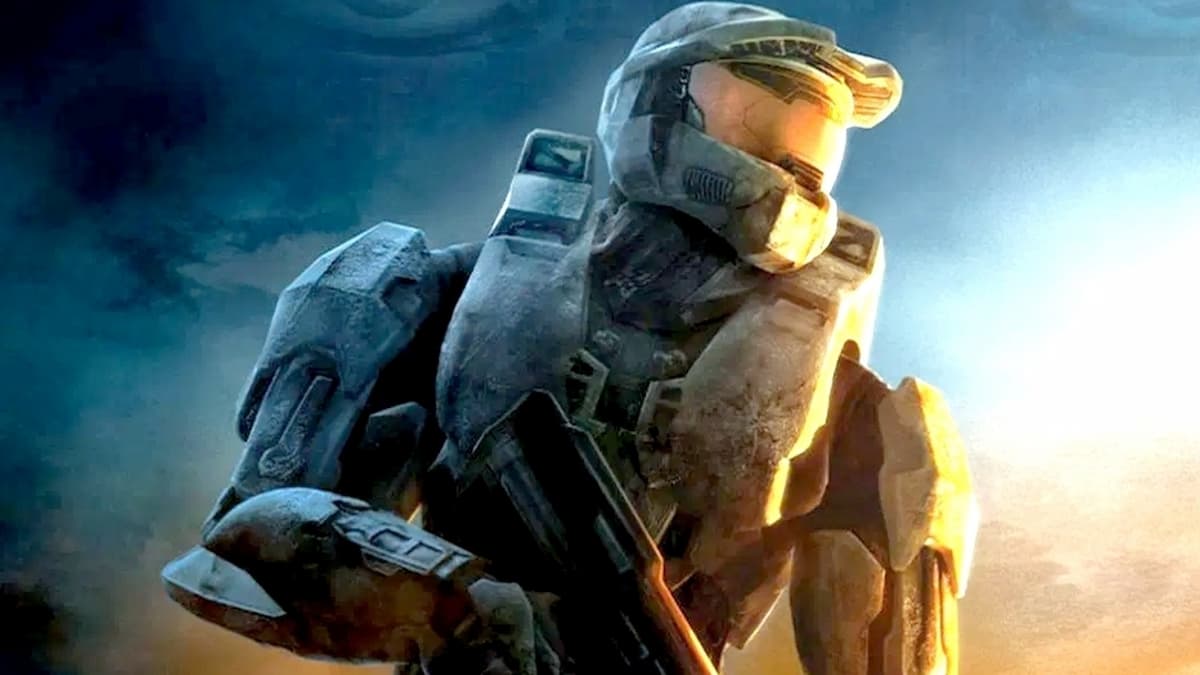 It’s hard to believe Halo 3 is 15 years old. After Halo 2 ended on one of the most disappointing cliffhangers of all time, Halo 3 had big shoes to fill. Thankfully, Halo 3 lived up to all the hype and then some. It’s still considered the best installment in the franchise, thanks to its epic single-player and multiplayer that few can match, and it became the biggest game of that year, selling over 14.5 million copies. Back then, everyone, from the gaming news press to the general mainstream media, talked non-stop about Halo 3.

With such an iconic game, we decided it would be best to look back at some of Halo 3’s most iconic moments. From its pulse-pounding opening to the grand conclusion to even some smaller moments, we left no stone unturned for this beloved shooter.

Picking up right where Halo 2 ended, Master Chief comes back to Earth like a meteor. After a rescue by Johnson and his marine squadron, Chief is forced to take up an alliance with the Arbiter, who has since turned his back against the Covenant, along with the rest of his species. Already, the opening sets the tone for what’s to come: an epic tale that’s filled with twists and story moments.

Once the Chief is in your control, you soon begin to notice a slight but marked change when playing through its opening chapter: the improved level design. Halo 2 had a “stop and shoot” design philosophy, often locking you into an area, killing a wave of enemies, only to pause before the next wave follows. It made each level feel restricted, with each coming off more like challenge rooms strung together than fleshed-out levels.

In comparison, Halo 3 feels much more organic, as the flow of combat comes off more naturally than before, similar to the original Halo. It also helped that the world featured more varied and easier-to-understand levels. Knowing where to go in past games could get confusing, as the levels kept feeling the same, but not so with Halo 3.

Sierra 117 (level 1) ends with The Chief rescuing Johnson and his team, which the Covenant captured, which has the Chief partaking in an intense firefight before the UNSC sends a ship to save the day. It’s the perfect way to end this first chapter in the final saga.

Since the original Halo, The Needler was the butt of many jokes, no thanks to its poor range and pitiful splash damage. Despite the weapon’s ammo being auto-targeting, The Needler often had difficulty hitting targets unless close to an enemy due to the weapon’s low rate of fire. For a time, The Needler was considered one of the worst weapons in all of gaming before it became one of the best. The Needler in Halo 3 is an absolute beast of a weapon, constantly hitting its target before exploding your enemies. It never stops feeling satisfying to fire at an enemy only to see them blow up.

Even today, no weapon has seen such a redemption arc as The Needler.

Taking Flight with the Hornet

The USNC Marine Core had to up their game if they wanted to take down the Covenant once and for all. Enter the Hornet, The USNC’s answer to the Banshee. This flying vehicle is easy to control and comes loaded with homing rockets and a mini-gun. When you first take control of it, the game creates a sense of scale like no other Halo game. Simply flying to your destination establishes a sense of awe and wonder in such a large environment. It’s here. Chief will have to fight against the Covenants Banshees before taking out some Flood ground Troops.

After being forced to use the constantly moving Banshee in the previous games, It’s a joy to fly around with the Hornet.

In Halo 2, Master Chief had to jump on a moving Scarab and take down some enemies before destroying it off-screen. In Halo 3, The Green Spartan has to take them down the old fashion way. The first time fighting a Scarab, you’ll have to damage one of its legs, which is easier said than done since the Scarab is trying to kill our heroes, unless someone –Chief or a marine companion– gets a chance to use a Rocket Launcher to hit it. Once damaged, You’ll have to fight enemies on board before heading towards the back end of the Scarab to destroy its power source. Get some distance, as the Scarab will self-destruct in about 20 seconds. The first encounter is challenging, though I can see why some would find it frustrating.

But, if you think that’s tough, try taking down two Scarabs.

The Hornet may be accessible, but this is still no easy task, as the Covenant has a small platoon of Ghosts and Wraiths to deal with, along with the immense weapons that Scarabs have. It took players multiple tries to figure out how to take it down, but once you do, you’ll feel a sense of accomplishment that easily rivals any boss defeated in Elden Ring.

Years later, it was discovered that once both Scarabs had damaged their legs, you could fire at their backsides while in the Hornet. It’ll destroy part of its back, giving The Chief a chance to fire at its power source with ease, making this tricky section a cakewalk. Even with this easy trick, It still creates a sense of awe and success, thanks to the sense of scale and Marty O’Donnell’s fantastic score.

The End Of The Covenant

Halo 3’s seventh level, The Covenant, is one of the greatest levels in gaming history. It’s an absolute masterclass in level design, enemy encounter, pacing, and spectacle. It has it all; large, open environments, intense firefights, the previously mentioned Double Scarab fight, and some of the most jaw-dropping story moments in Halo history. No shooter can match what Bungie was able to accomplish with this.

During this chapter, Johnson is again captured and forced to activate the Halo Array by the Prophet of Truth (played brilliantly by Terence Stamps). Captain Keyes arrives to save him, but she’s shot in the back by Truth. It’s a shocking scene, followed by another twist that sees The Chief and Arbiter allying with the Flood. With their help, The Chief and Arbiter defeat the remaining Covenant forces.

Just as Chief shuts down the Halo Array, The Arbiter ends the war by killing Truth. After seeing The Arbiter’s world turned upside down and having his kind betrayed by the Covenant, it’s both cathartic and Shakespearian to see Arbiter get his revenge… only to have the Flood end their alliance and try to take down our heroes.

Halo’s greatest level was followed up by its most divisive level. Depending on who you are, the “Cortana” level was either a challenging ordeal or a pain in the ass, but it’s almost worth seeing the Chief reunite with Cortana. When we last left Cortana, she was trying to keep Gravemind from getting the Activation Key she got in Halo 2. Throughout Halo 3, Chief sees Cortana suffering throughout the game.

As you inch closer to Cortana, Gravemind attempts to play mind games with Chief, constantly showing images and voice clips of Cortana malfunctioning. Thankfully, Master Chief retrieves his old friend in one of the most heartwarming scenes in the franchise. After everything the two have been through, it’s touching to see old friends reunited.

And this is what Halo 3 has been leading towards. After rescuing Cortana, Chief and the gang head towards a new Halo Ring so that they can destroy it. During their attempt in the control room, Guilty Sparks strikes down Johnson and attacks Master Chief and Arbiter. Chief manages to destroy Guilty Sparks but is forced to leave Johnson as he succumbs to his wounds. It’s a tragic scene given emotional weight, as we see Johnson at his lowest and not just be a smart-ass for once.

It’s here where the player is rushed towards the end, using the Warthog that Johnson left behind to drive towards the Forward on to Dawn spaceship. Driving the Warthog while trying to avoid destruction is an intense sequence, thanks to the large environments you pass by, the epic score that plays while driving, and the slew of destruction happening all around.

It leads to Chief and the gang arriving at the Dawn and escaping before the Halo ring explodes. During Forward on to Dawn’s trip to earth via slipspace travel, it’s split in half, leaving only Arbiter arriving on earth, with the Chief presumed to be dead. The ending is pretty dower, but if you got to see the Legendary ending, it adds an extra scene that reveals Chief and Cortana are still alive but are now stranded in space, hoping for someone to pick them up.

It might not be a “happy” ending, but it is a fitting one that nicely wraps up the original trilogy.

And those are our picks for the most iconic moments in Halo 3. Be sure to search for Twinfinite for more news and information on the series, including the latest on the Paramount+ series, some changes we’d like to see in Halo Infinite, and our coverage on the Halo 2 LASO no-death challenge.