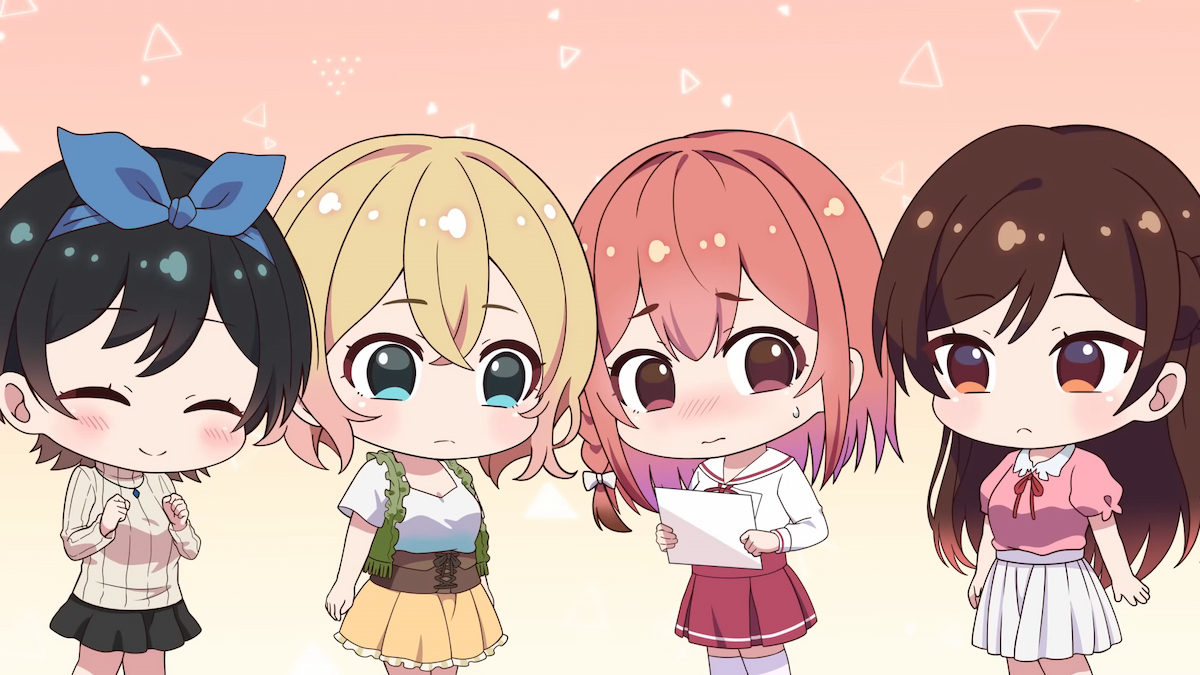 You heard right, Rent-A-Girlfriend will be getting a third season to further show off all of Kazuya’s dating problems. Though, maybe this time things will deepen with Chizuru? But we doubt it.

The new trailer that announced this news is adorable and features chibi versions of Chizuru, Mami, Ruka, and Sumi. You can see it below and bask in the cuteness.

There isn’t any sort of release date known at the moment, but this is pretty great news to get right after season two has concluded.

As some good news to those craving more Rent-A-Girlfriend, the manga is still ongoing. Season 2 ended at just about the end of the 12th volume, and the 13th has already been released. Volume 14 is set for an Oct. 4 release as well.

Not only that, but Sumi has her own spin-off manga called Rent-A-(Really Shy!)-Girlfriend which is releasing its third volume on Nov. 11.

If you’re still unaware (for some reason) of what Rent-A-Girlfriend is all about, Crunchyroll summarizes the story as:

Kinoshita Kazuya is a 20-year-old failure of a college student. He managed to kiss his girlfriend once, but was dumped after a month. “Ugh… Damn it. I never want to go through that again.” Completely spiteful, Kazuya uses a certain method to date a girl. He goes to their meeting place and suddenly hears, “You’re Kazuya-kun, right?” A beautiful girl brushing her long, black hair behind her ear was there, smiling at him. Her name was Mizuhara Chizuru. Something real is born after just a single rental! A reckless rom-com filled with love and excitement is about to begin!

We think you should be watching Rent-A-Girlfriend if you aren’t, and we named it one of the best 2020 anime series that flew under the radar. We will be sure to let you know when we know more about the premiere date for the third season.

There have been lots of other anime announcements lately, as well. The anime series My Dress-Up Darling will be getting a second season. Late last month we also got word on the Spy x Family Cour 2 air date that will complete the first season.