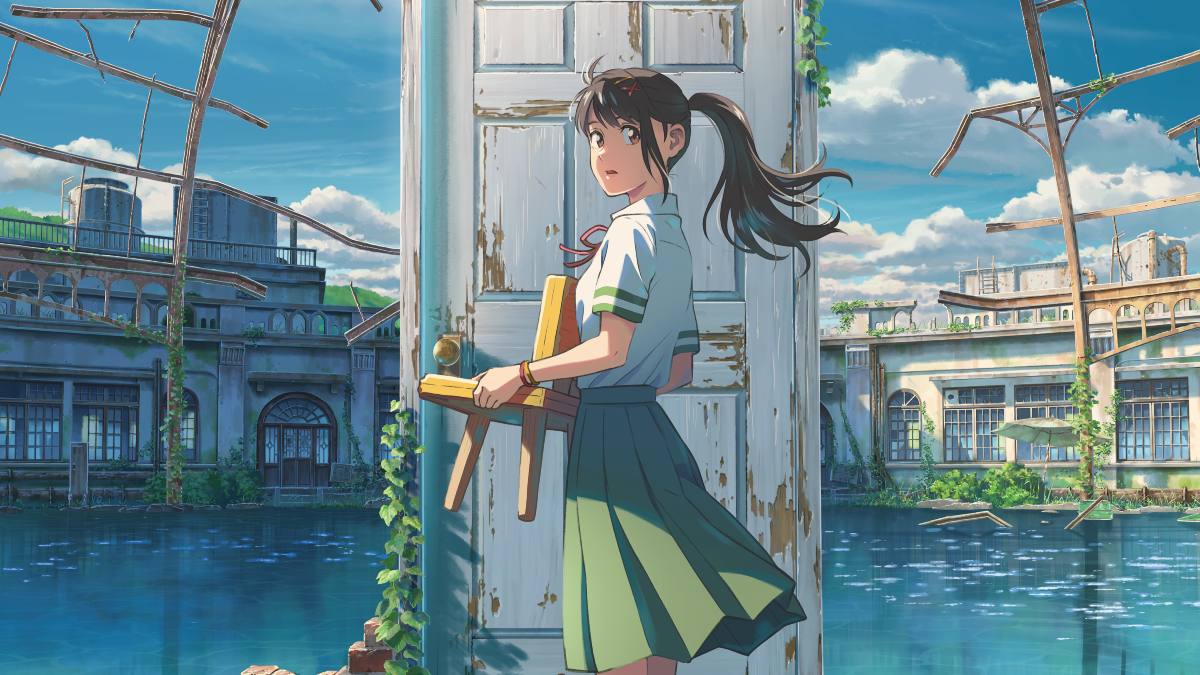 This is the third time that Makoto Shinkai and RADWIMPS are teaming up, as the director and Japanese rock band previously worked together on Your Name and Weathering with You. When discussing the partnership, they all had the following to say.

“I want to make a movie that brings people into theaters,” said Shinkai. “To do that, I’m going to maximize the audience’s ability to immerse themselves into a story with the ultimate visual and musical compositions.”

Regarding the partnership, Yojiro Noda (RADWIMPS) said, “A partnership with someone of Kazuma’s caliber, having worked on both films and video games, has given me an experience I cannot describe in words. It has broadened my horizons.” Kazuma added, “The process of developing a sound that can coexist with RADWIMPS’ amazing mood and energy was simultaneously exciting and nerve-wracking for me, but ultimately I believe we’ve stuck the landing on one of the answers of how
that might sound.”

Alongside this, it was also revealed that the female artist behind the theme song “Suzume” is TikTok sensation Toaka. According to Yojiro, various different singers were auditioned throughout different SNS platforms, with the social media star beating them all out, capturing the hearts of Director Shinkai and RADWIMPS.

Suzume is expected to open in Japan on Nov. 11, 2022, and will be distributed in all major territories in early 2023. For more information on the film, be sure to check back for updates.