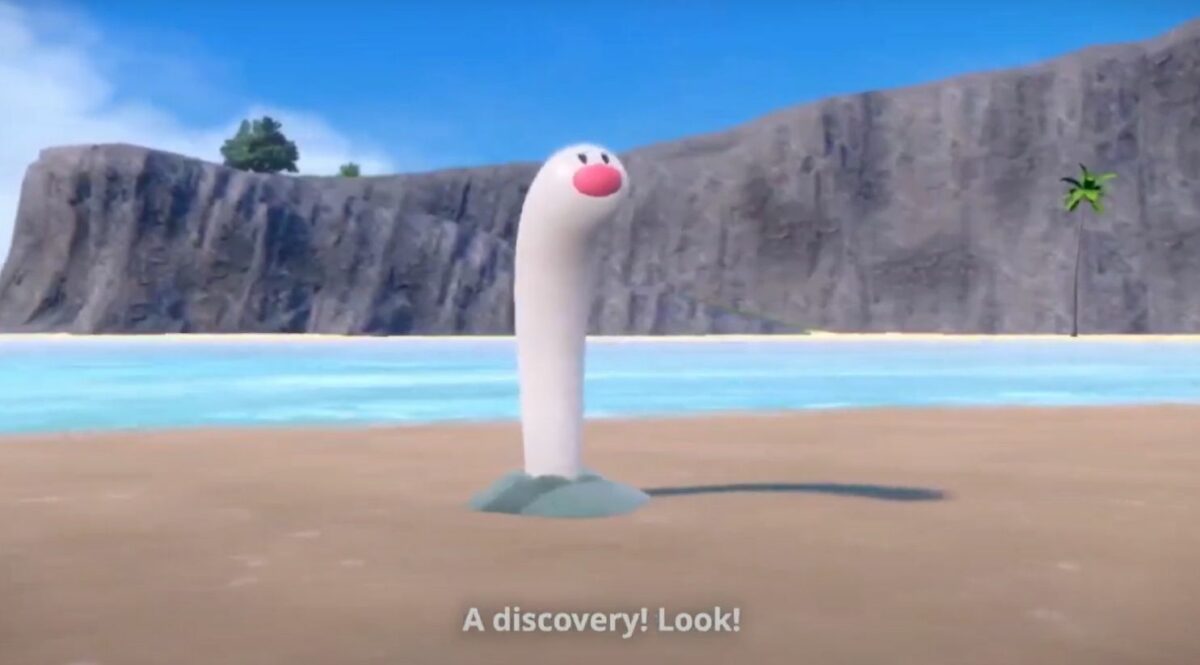 Today the Pokemon Company revealed a brand new pokemon that should appear in Pokemon Scarlet and Violet.

Its name is “Wiglett” and it was revealed on the website of the fictional World Pokemon Ecological Society.

You can see the video used for the reveal at the bottom of the post, courtesy of YouTube user 키젠 Keyzen.

We learn that Wiglett lives in the seas and beaches on of the Paldean region and looks somewhat similar to Diglett, and in fact researchers initially believed it to be a local form of Diglett itself, but they live and eat completely differently, so they’re an entirely different species.

It’s actually a coincidence that their bodies look close, due to the fact that they both burrow in the sand, leading to similar body shapes.

If you’re wondering about the different voices and languages in the video, they represent different Pokemon researchers from all over the world. That’s kind of the gimmick of the World Pokemon Ecological Society.

If you want to see the video on the original form, you need to press the big yellow button at the bottom, insert your nickname, give (or deny) permission to use your webcam and microphone, and then press the next yellow button-

Pokemon Scarlet & Violet releases on November 18 exclusively for Nintendo Switch. If you’d like to see more, you can enjoy the previous trailer and another showing more new pokemon species and battle moves.