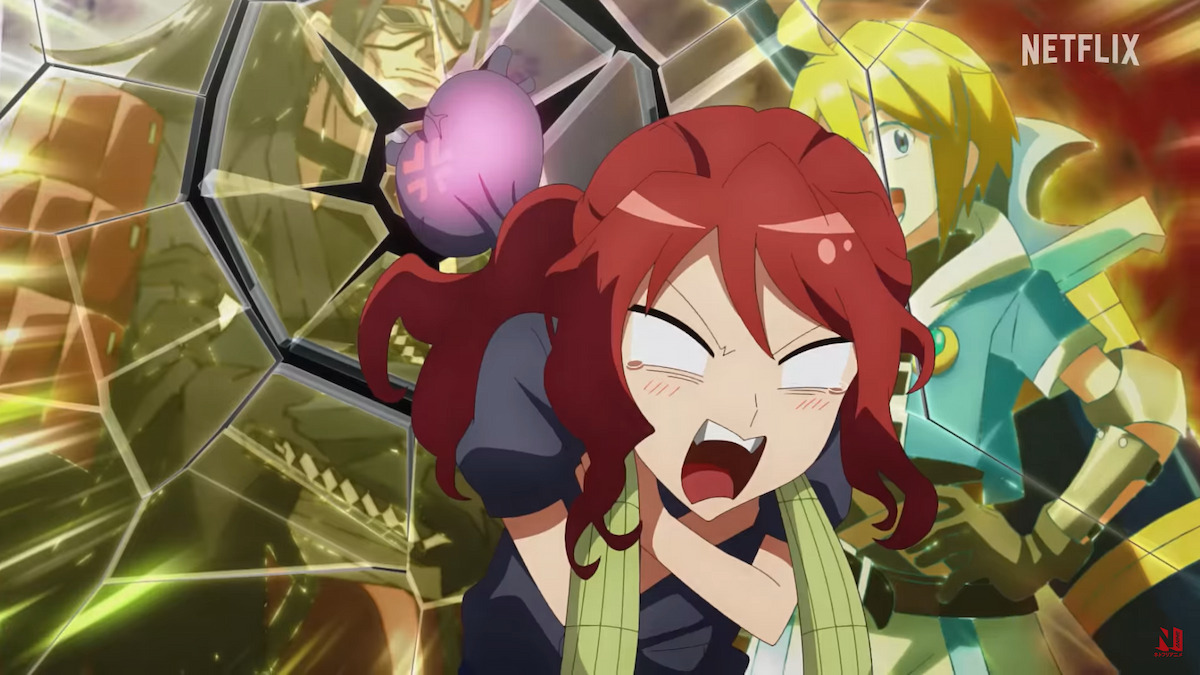 An official trailer has dropped for Netflix’s upcoming anime Romantic Killer. It looks wholesome and hilarious and will be coming to a streaming device near you on Oct. 27.

Romantic Killer follows the story of Anzu Hoshino who only loved three things in life: cats, video games, and chocolate. But after sitting down to play an Otome game, Anzu is visited by the magical fairy Riri who wants nothing more than to help Anzu fall in love. Seeing the life she loves treated, Aznu vows to never fall in love and dubs herself the Romantic Killer.

You can see the incredibly silly trailer below:

For a bit more official summary, the trailer’s description summarizes the plot as:

A “non-heroine type” high school girl is thrown into a situation like something straight out of a dating simulation game! This slapstick adolescent romantic comedy follows the romance-averse Anzu.

Anzu Hoshino is a “non-heroine type” high school girl who pays no attention to fashion or romance and spends every day playing video games. After the wizard Riri suddenly appears and confiscates Anzu’s three favorite things — video games, chocolate, and cats — she gets pursued by hot guys!

Anzu Hoshino will be voiced by Rie Takahashi, who has brought other beloved characters to life such as Megumin from Konosuba, Sumi from Rent-A-Girlfriend, and Emilia in Re:Zero.

Romantic Killer comes from studio DOMERICA, which has had a hand in crafting Girls Und Panzer, Pokemon Generations, and the anime adaptation of The World Ends With You.