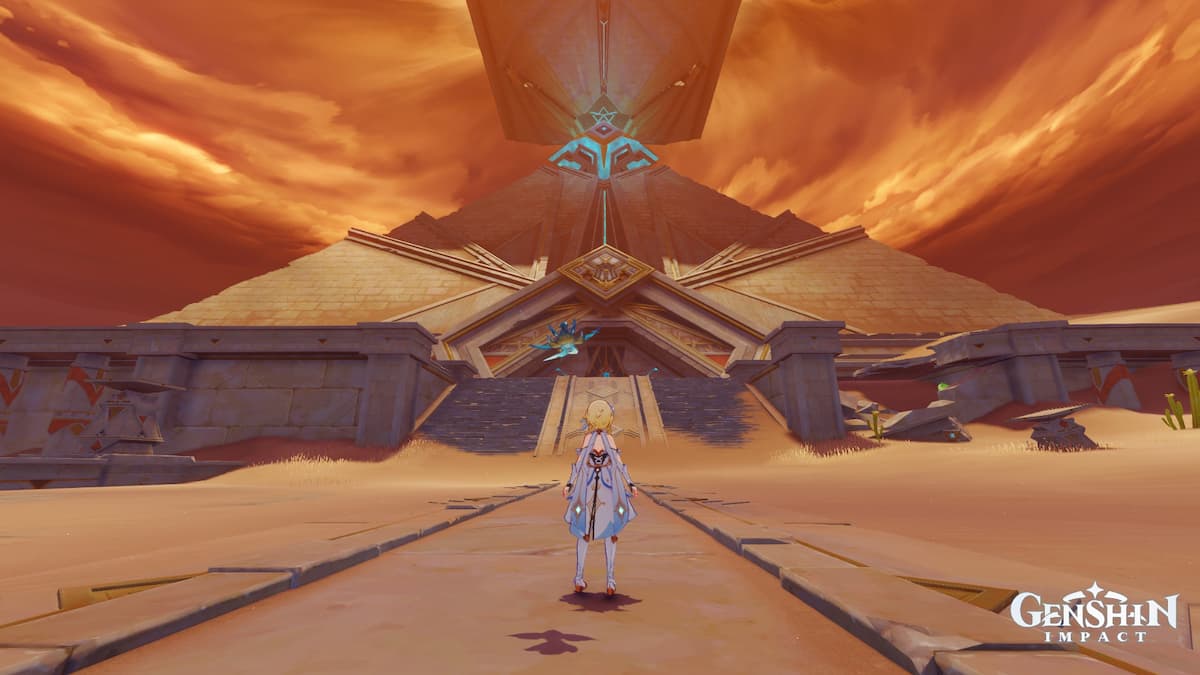 The Golden Slumber World Quest of Genshin Impact Version 3.1 showcases all-new characters and vast locations to explore. In this guide, we’ll help you along the way by explaining the intricate puzzles and hidden areas that you’ll need to unlock in this task. Additionally, we’ll provide details about each chapter of the storyline to give you a better perspective of the quest.

The first part of the Golden Slumber Quest begins when you enter the new desert region of Genshin Impact. Since this storyline is pretty complex, you can check out our guide on the Lost in the Sands mission to get further in this task. Once players finish this narrative, they will unlock the following quest, An Introduction to Indoor Archaeology.

An Introduction to Indoor Archaeology

The ‘An Introduction to Indoor Archaelogy’ quest in Genshin Impact is located in the darker part of the map. Therefore, players can unlock the Dendro Statue of the Seven before exploring this latest region.

After you reach the location near the Mausoleum of King Deshret in the Golden Slumber quest, you’ll need to activate the two giant Primal Torches, as shown here:

Players must go through the doorways on the left and right sides of this specific room to accomplish this task. Then, you’ll need to release the Primal Embers within the Primal Sconces and follow them until you reach the Primal Torches.

As players progress further, they’ll need to unlock two doors: the first entryway is near Jehta and the second is in the room with Tirzad. If you enter the door near Jehta, you must complete a time limit test with the Primal Sandglass and flip three devices to reach the Primal Sconce (follow the yellow waypoints to reach the other sandglasses). While in this area, be sure to use the Four-Leaf Sigils to get around faster.

The second location features the Forged Primal Lights mechanism you’ve previously encountered. Those having difficulty finding the blue energy can search for it on top of the large structure in the middle of the room. After you unlock the doorways and ride the elevator down, you’ll unlock the following mission in the Golden Slumber quest in Genshin Impact.

The Secret of Al-Ahmar

The Secret of Al-Ahmar mission starts when you enter the secret passageway behind the mural. Here is a step-by-step guide that will help you along your adventure in the Golden Slumber quest:

To finish the final chapter of the Golden Slumber quest in Genshin Impact, players need to participate in various trials to unlock a new area. So, if you need help with this task, you can check out our guide on Dreams Beneath the Searing Sand mission.

So there you have it, this how everything you need to know about the Golden Slumber World Quest of Genshin Impact. For additional content about the game, you can view our guide on how to get Candace and explore any of the relevant links below.