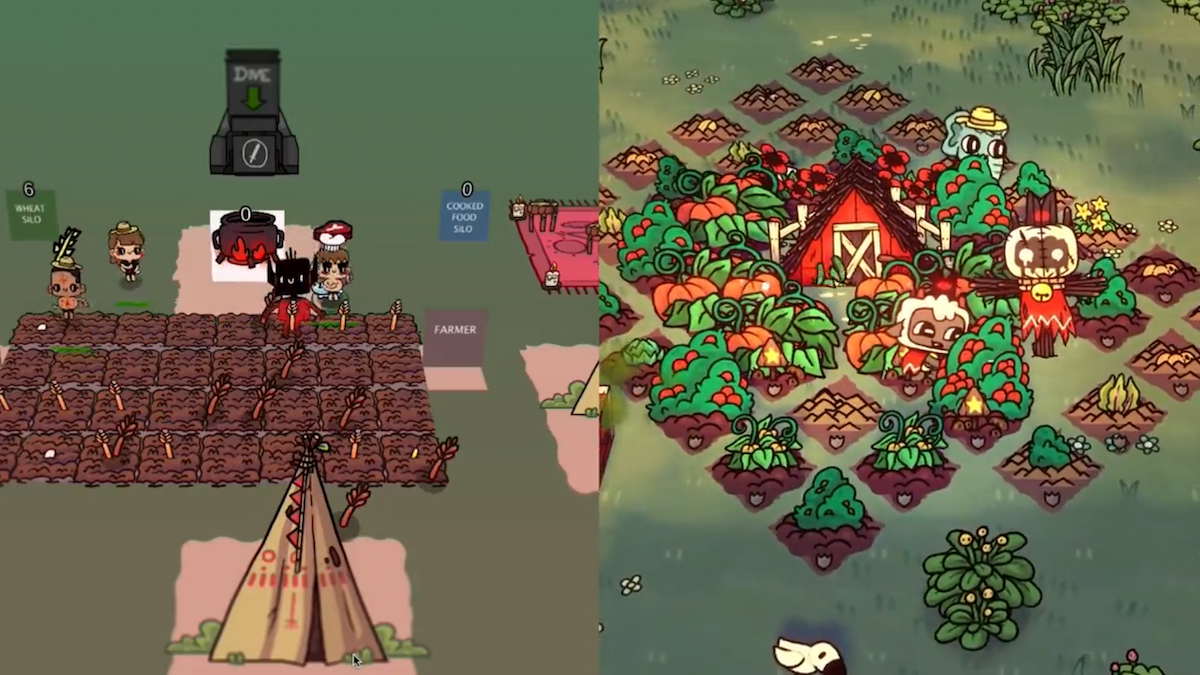 In an effective clap back against those maligning the Grand Theft Auto 6 leak’s visuals, the Cult of the Lamb Twitter account tweeted out a comparison showing early graphics builds of the game. They mention/mock the commonly heard armchair developer comment “graphics are the first thing finished in a video game”. The only thing missing is the alternate capitalization SpongeBob meme.

Despite the reasons for posting it, it’s incredibly neat to see the early build for the game we gave a 5/5.

Here is the full tweet and video which does give a nice peek into game development and that no, graphics are not the first thing finished. It’s pretty cool to get a side-by-side look at what appears to be two vastly different games.

For those interested in what exactly Cult of the Lamb is all about, Steam describes the game as:

Cult of the Lamb casts players in the role of a possessed lamb saved from annihilation by an ominous stranger, and must repay their debt by building a loyal following in his name. Start your own cult in a land of false prophets, venturing out into diverse and mysterious regions to build a loyal community of woodland Followers and spread your Word to become the one true cult.

If you’re interested in a second opinion, Cult of the Lamb is currently sitting at a Very Positive (80%-94% positive reviews) on Steam.

In regards to the Grand Theft Auto 6 leak, Rockstar Games tweeted out a message yesterday explaining some of what happened as well as confirming the leak wouldn’t interrupt development.