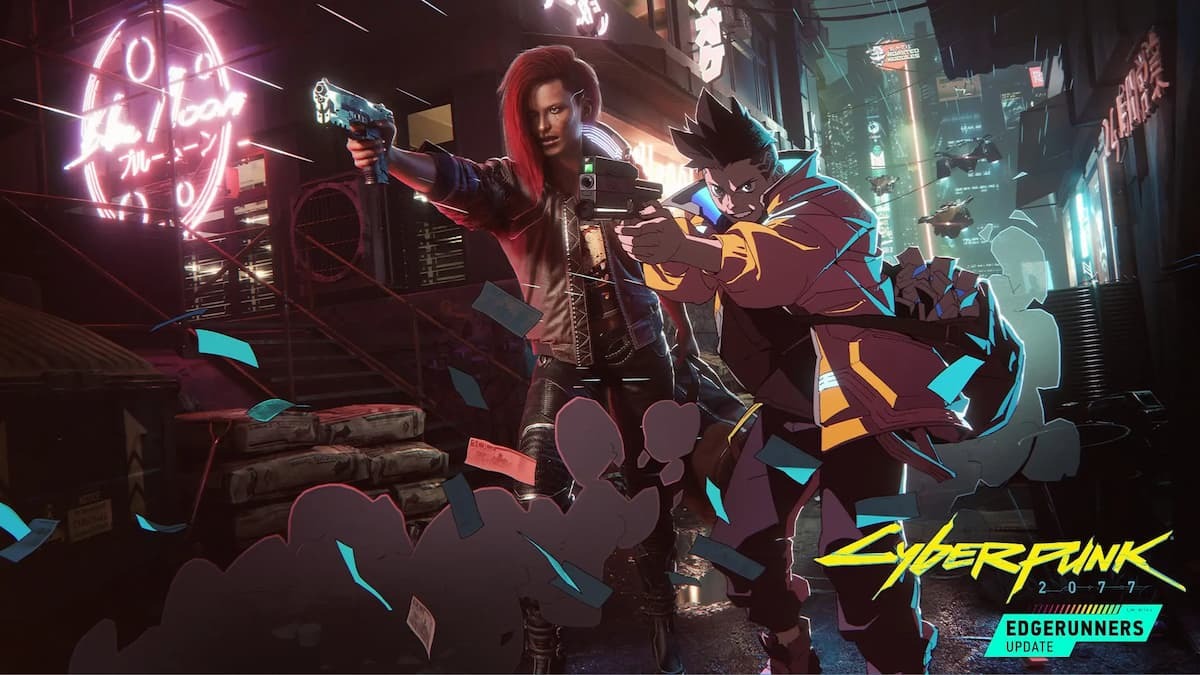 Cyberpunk: Edgerunners is only a few days away! For those unaware, this original Netflix anime follows David Martinez, a street kid hoping to make it to the top of Night City’s underworld. The anime seems promising with over-the-top visuals, hyperviolence, and overflowing style. With the release of this show and the announcement of the Cyberpunk Phantom Liberty, fans of the franchise are ecstatic to return to this dystopic future.

But with Edgerunners and 2077 taking place parallel to the game, creators have confirmed that some characters from the game will appear in the show. Here are 12 Cyberpunk 2077 characters that we want to see in the Netflix adaptation.

Who doesn’t want to see Night City’s favorite Choomba return in Edgerunners? Not only did Jackie become one of the most loveable characters in the game, but there’s still so much potential in his character. Through thick and thin, Jackie had V’s back no matter the situation and became a big brother in the eyes of many players.

Unfortunately, players lost this comrade very early in 2077, and everything went downhill. Even if Jackie is a minor cameo, that will be enough to make fans of the game extremely happy.

Judy has arguably one of the most chill and down-to-earth personalities within Cyberpunk. While she technically works in the sex industry as a Braindance editor for Lizzie’s Bar, there’s a certain warmness still present within her character. When V first meets her, Judy remains immune to the seediness of Night City. However, all of that gets distorted after discovering the fate of her friend Evelyn Parker.

What follows is a series of quests where Judy and V attempt to avenge the lives of innocent women who lost their lives to the nightlife. Because Judy is a romance option and an iconic character, the chances of her appearing in the show are high.

Adam Smasher is one of the most intimidating enemies within Night City. Each of his onscreen appearances always put players on edge because of his unpredictability and lack of humanity. Evelyn Parker’s Braindance sequence featuring Adam still sends shivers up the spines of many players because of how powerless he made them feel, along with Smasher’s crude comments towards Evelyn.

Seeing this cybernetic monster return in Edgerunners would be a treat for players. And with Adam having many enemies (both alive, dead, and in cyberspace), there’s a great chance of him appearing.

Misty was a constant safe haven for V and obviously Jackie. Her spiritual insight guided V through their chaotic time in Night City. Upon the first introduction, Misty may seem like nothing more than a futuristic hippie, but over the course of the game she starts to grow on players and you understand what Jackie saw in her.

Thankfully, the odds of her showing up are fairly high considering her popularity and where the story of the game ends. For example, the main character of Edgerunners; David, could easily stumble into her shop one day during the events of the show.

Dexter DeShawn played the role of the untrustable yet charming fixer that you wanted to hang around. Sure, he betrays V as soon as things hit the fan, but in his defense, he was trying to cover his tracks after the plan went south. Regardless, Dex is a well-written/ and interesting character that players sadly did not get to know very well.

Depending on the timeline of Edgerunners, it would be cool to see him pulling strings again in the background.

Who doesn’t wanna see the queen of the Afterlife again? Rouge, like many characters, starts off cold and calculated towards V but slowly reveals countless years of complex emotions and feelings about Johnny. But that’s not to say that she’s only intriguing to players because of her previous relationship with Silverhand. Far from it, Rouge is arguably one of the most dangerous and cunning fixers within Night City. She is always ahead of the curve and uses her years of experience to come out on top, no matter the situation.

Strangely enough (despite her being a potential romance option for Johnny, who uses V’s body), Rouge is somewhat of a mother figure for V as the story progresses. But besides that, Rouge is an integral part of the original Cyberpunk campaign, and her inclusion in Edgerunners would make a fantastic addition.

Kerry Eurodyne had arguably one of the funniest questlines in Cyberpunk 2077. From attempting to sabotage the rising careers of US Cracks to finally confronting the demons of his past, Kerry takes V on a wild journey during their time together. What makes Kerry so enduring is that he breaks the has-been rocker archetype. Buried underneath his devil may care personality is years of trauma, shame, regret, and a longing for the past.

Couple that with his ties to Johnny Silverhand, and Kerry becomes one of the more complex characters within Cyberpunk’s cast. Here’s hoping fans can witness more misadventures from the aging rocker.

The explosive Panam is sure to make her return within Edgerunners. Besides her popularity amongst fans, she’s also likely to appear due to her ending V being the only somewhat happy ending in the traditional sense. If the writers of Edgerunners are bold, they could tie this ending in with the show by having a cameo of V and Panam. Are the chances of this specific scenario occurring high? Probably not, but Panam appearing at least once is very likely.

She could serve as an introduction to life outside of the city, similarly to in the game. Let’s just hope there aren’t any awkward tank scenes in the show.

Despite the fact that Goro works for Arasaka (the cyber embodiment of evil), he’s a pretty cool guy. Yeah, he only works with V out of desperation, but players couldn’t help but wanna hang out with the guy. His stoic and out-of-place demeanor while in Night City is a joy to watch as. Even his random messages were extremely entertaining to read when outside of missions.

During their time together, Goro and V seem to grow mutual respect for each other. This is even seen in one of the possible endings where Goro comes to check on V after they give Araska a chance to save their life.

The breathtaking Johnny Silverhand tops the list of characters who should appear in Edgerunners. And with Keanu Reeves still interested in Silverhand (he’s voicing him in the upcoming DLC), there’s a high chance that we may hear from the dead rocker sooner than later. But what more can be said about Johnny Silverhand? This larger-than-life figure transcends even death. Despite his flaws (there’s a host of them), Silverhand remains steadfast in his conviction about life.

Players relive all of his successes and failures during their journey through Night City. Ultimately, the game revolves around Johnny, and players can’t get enough of him. For this reason, hearing Keanu portray the character within the show would be the highest form of fan service the show could achieve.