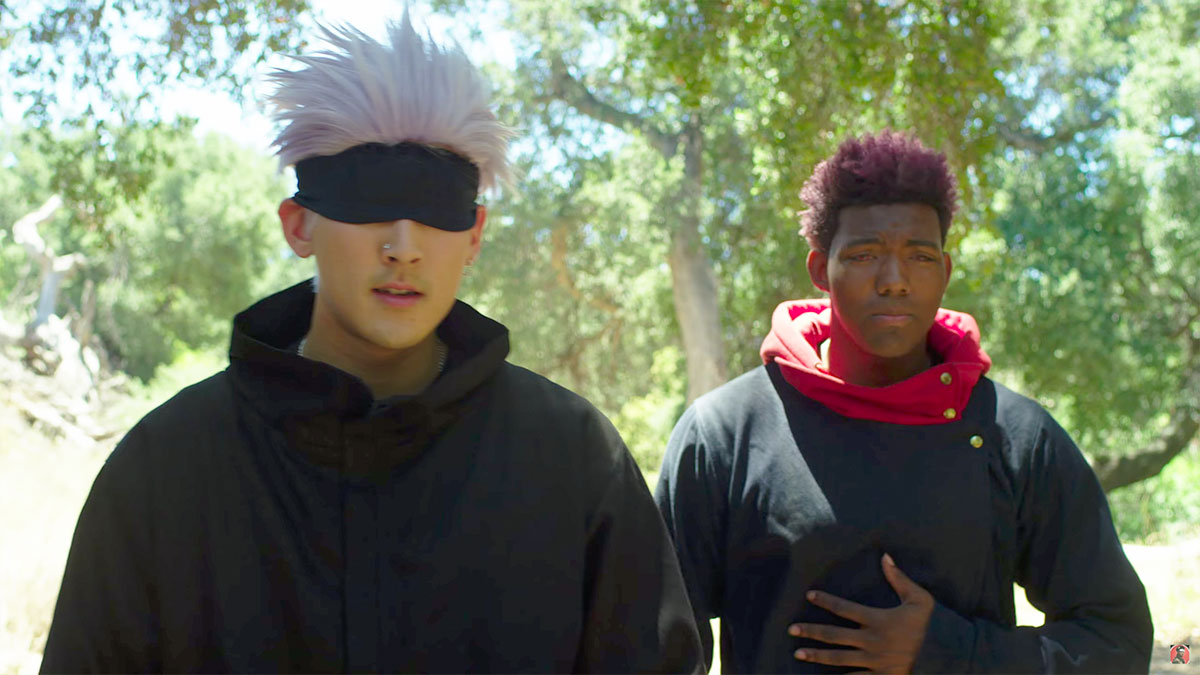 Youtuber King Vader released a new video that takes inspiration from the anime Jujutsu Kaisen. At just under 55 minutes, it’s technically both a full-length feature film and live-action anime special. This episode showcases King Vader’s interpretations of the stylized characters and high-powered fights that the anime is known for.

The plot revolves around the main character, Yuji Itadori, who immediately stands out with magenta hair and red eyes. Hailing from a jujutsu school, Yuji must enter a Good Will event and hunt spiritual manifestations of curses.

The official anime preparing is to release the second season of the Jujutsu Kaisen anime. In the meantime, when you’re ready for some live-action anime action, you can watch the entire episode on King Vader’s official Youtube channel.

Accompanied by his friends Megumi Fushiguro and Nobara Kugisaki, Yuji faces a personal trial and powerful enemies. Both actors that play Megumi and Nobara have a striking resemblance to their original anime counterparts.

With a large cast, there are many situations, encounters, and battles on display. All of the characters are adorned in cosplay, and all of the fights are enhanced by VFX.

This first episode brings a lot to the table, and fans of Jujutsu Kaisen will be able to appreciate the effort made here. King Vader also mentions that this anime adaptation can be made into a three-part series, depending on whether viewers want to see more or not. Watch the full episode and decide for yourself.