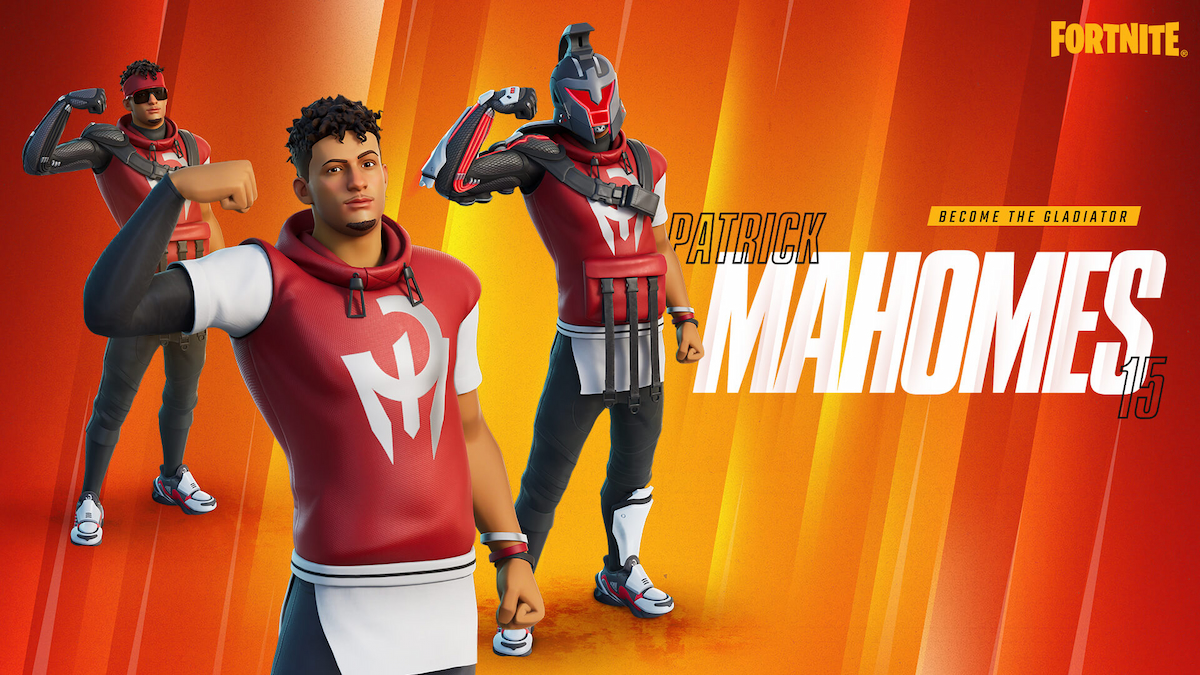 Announced today in an official Fortnite blog post is that “Quarterback, record-breaker, and NFL and Super Bowl MVP” Patrick Mahomes will be coming to an Item Shop near you as a new outfit. Patrick Mahomes will be added as part of the Icon Series, of of the game’s rarities home to other celebrities/athletes like Ariana Grande, LeBron James, and Bruno Mars (Silk Sonic persona).

The main Patrick Mahomes bundle will include:

An additional skin will be released called the Mahomes Saucy Style Outfit and will come with The Good Stuff Back Bling which is a bottle of ketchup. The glass bottle kind, not the squeeze kind.

Any player that earns at least eight points in the tournament (typically eight eliminations) will be rewarded with the Secret Sauce Emoticon.

The Dragon Ball x Fortnite event is still going strong, so be sure to keep an eye out for those challenges as you take on the Patrick Mahomes Cup later this week.