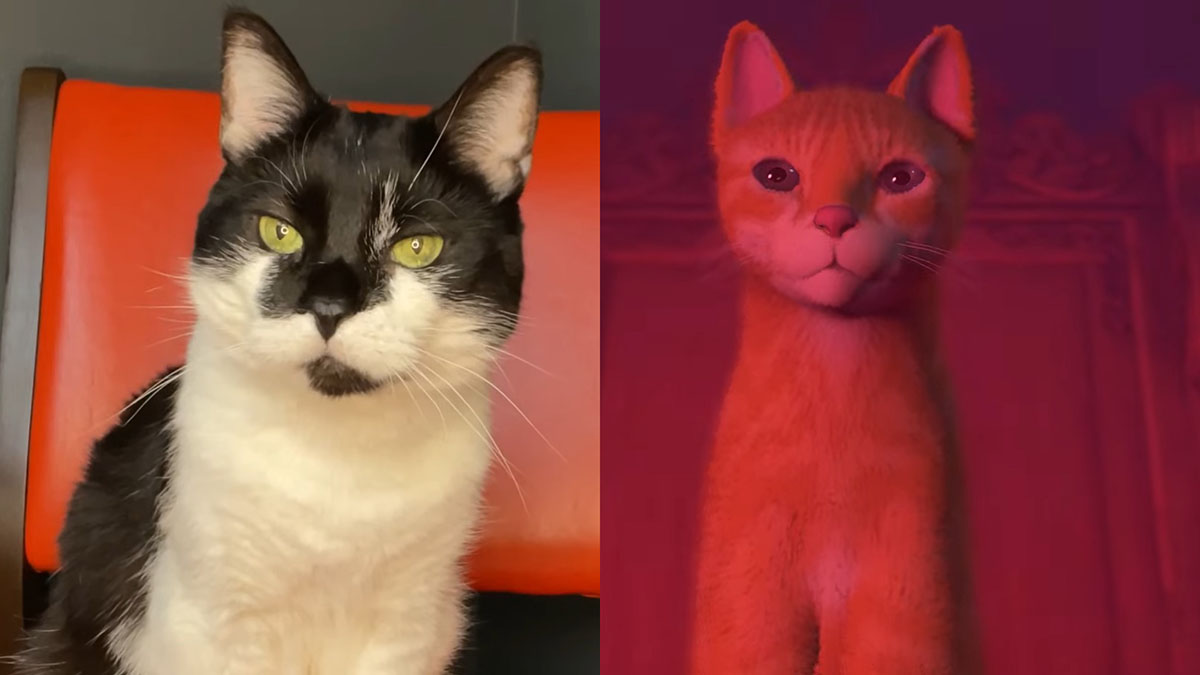 Last month, we all fell in love with Lala, the adorable voice actor for the cat in Stray and her excellent purrformance in the game. But it seems that Lala isn’t the only cat voice actor to be featured in a video game this year.

Isabella Gates, also known as Izzy, is a beautiful black and white feline who plays the role of Snickerdoodle in Saints Row, which releases later this month.

The official YouTube channel for Saints Row has been posting videos of cast interviews ahead of the game’s launch, and earlier today, Izzy had her time to shine. The video is incredibly adorable; it features Izzy meowing her responses with helpful subtitles in English for us to understand her.

Snickerdoodle is the pet and mascot of the Saints in the game, and of course, there needed to be an authentic voice behind this character. That’s where Izzy comes in, and in the video, she meows to explain how her “butler” Larry helped her land the role.

The whole “interview” is incredibly cute, so you’ll have to watch it for yourself to get the full effect.

If you’re not familiar with Saints Row, here’s what the developers have to say about the game:

Welcome to Santo Ileso, a vibrant fictional city in the heart of the American SouthWest. In a world rife with crime, where lawless factions fight for power, a group of young friends embark on their own criminal venture, as they rise to the top in their bid to become Self Made.

Experience the biggest and best Saints Row playground ever created; the unique sprawling world of Santo Ileso is the backdrop for a wild, larger than life sandbox of thrilling side hustles, criminal ventures and blockbuster missions, as you shoot, drive, and wingsuit your way to the top.

Saints Row can be preordered now and will release on August 23 for the PS5, PS4, Xbox Series X|S, Xbox One, and PC via the Epic Games Store. You can read our hands-on preview right here.

As for the video interview with Izzy as Snickerdoodle, you can watch that below.