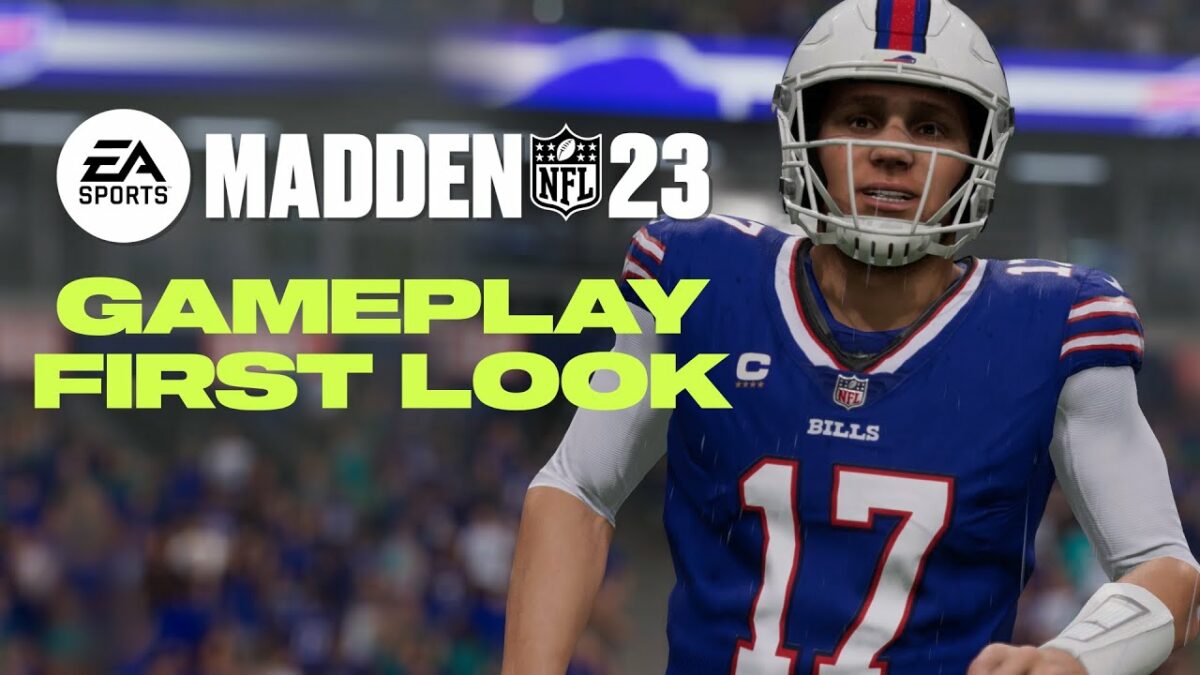 Today, EA Sports showed off an exclusive first look at Madden 23 via their Madden Championship Series, which featured notable competitors TDBarrett and Cleff facing off in one-on-one action, featuring additional commentary from one of the game designers, K.Spade. In the video, we see the players experience all the changes that the FieldSENSE gameplay system is set to implement.

Some of those changes we get to see in the matchup include free-form passing, new X-Factor abilities, and considerable playbook adjustments, just to name a few. Check it out for yourself in the video below.

When asked what the biggest changes were after playing for about 15 minutes, TDBarrett and Cleff both noted they loved the free-form passing, as it forced them to use pocket passing much more than scrabbling. More than anything, they noted how the game feels completely user-controlled and how there’s just much more control when it comes to stuff like passing than in past iterations of the franchise.

While you wait for its release, be sure to check out all of the other content we’ve got for the game, including a detailed breakdown of what FieldSENSE is and how you’ll be able to access it in the game.