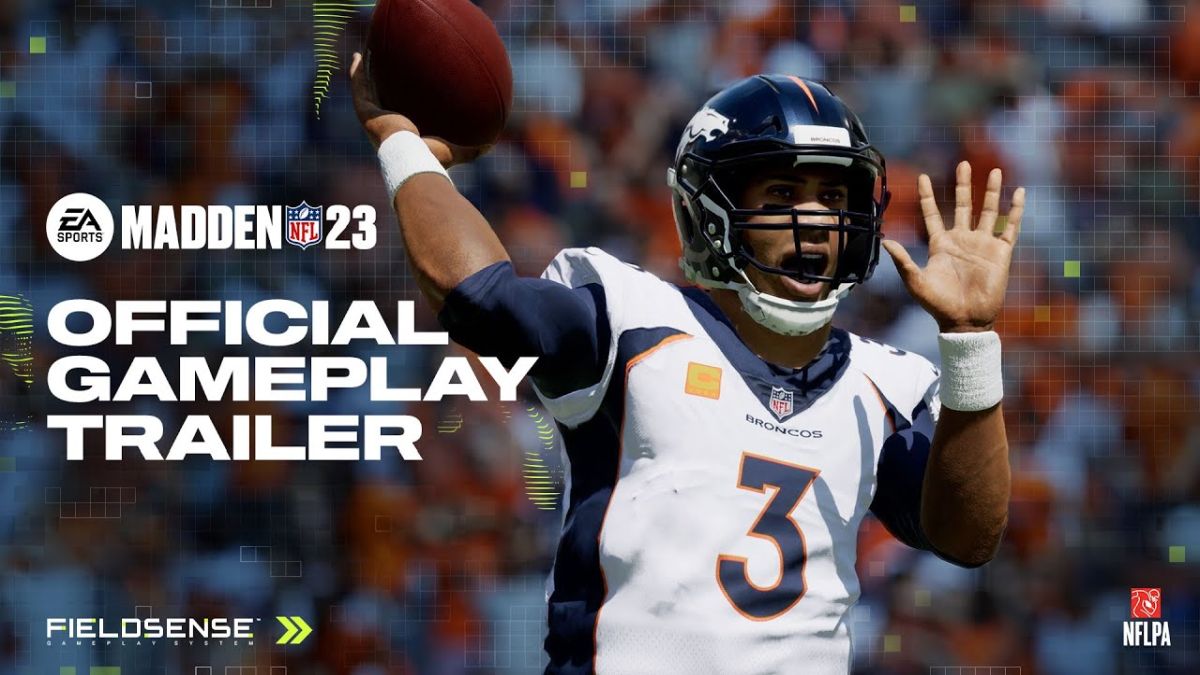 The trailer focuses on the new set of features titled “FieldSENSE” showcasing how it changes the gameplay of the storied franchise.

If you’re unfamiliar with what FieldSENSE brings to the virtual pitch of Madden NFL 23, here’s an official breakdown directly from EA Sports

Providing the foundation for consistent, ultra-realistic gameplay, Madden NFL 23’s new FieldSENSE Gameplay System†† equips players with more control at all positions in every mode. FieldSENSE leverages animation branching technology and a suite of new user control mechanics for a seamless gameplay flow with authentic results on every play.

HIT EVERYTHING
Redefining defensive pursuit, new mechanics let you be more disruptive on defense. New animation branching technology in Madden NFL 23 enables next-gen Hit-Stick physics so you can perform mid-air knockouts, hit the pile to assist in tackles already in progress, blow up blocks, and force turnovers with stand up tackles.

SKILL-BASED PASSING
Lead your receivers open, drop back-shoulder throws into tight windows, and place every pass where only your receiver can catch it with surgical accuracy thanks to this all-new way to pass. Skill-Based Passing introduces a new accuracy reticle and passing meter.

360° CUTS
Whether you’re a running back, wide receiver after the catch, or returning a kick, new 360° Cuts give you the freedom and fluidity as the ball-carrier to hit the gaps as you see them, plant-and-go, and elude defenders to break more big plays.

WR VS DB BATTLES
A suite of new wide receiver release moves and defensive back counter press mechanics make for some fancy footwork and crucial 1-v-1 battles off the line.

It’s worth mentioning that FieldSENSE is available only on the PS5 and Xbox Series X|S versions of the game, and won’t appear on old-gen consoles.