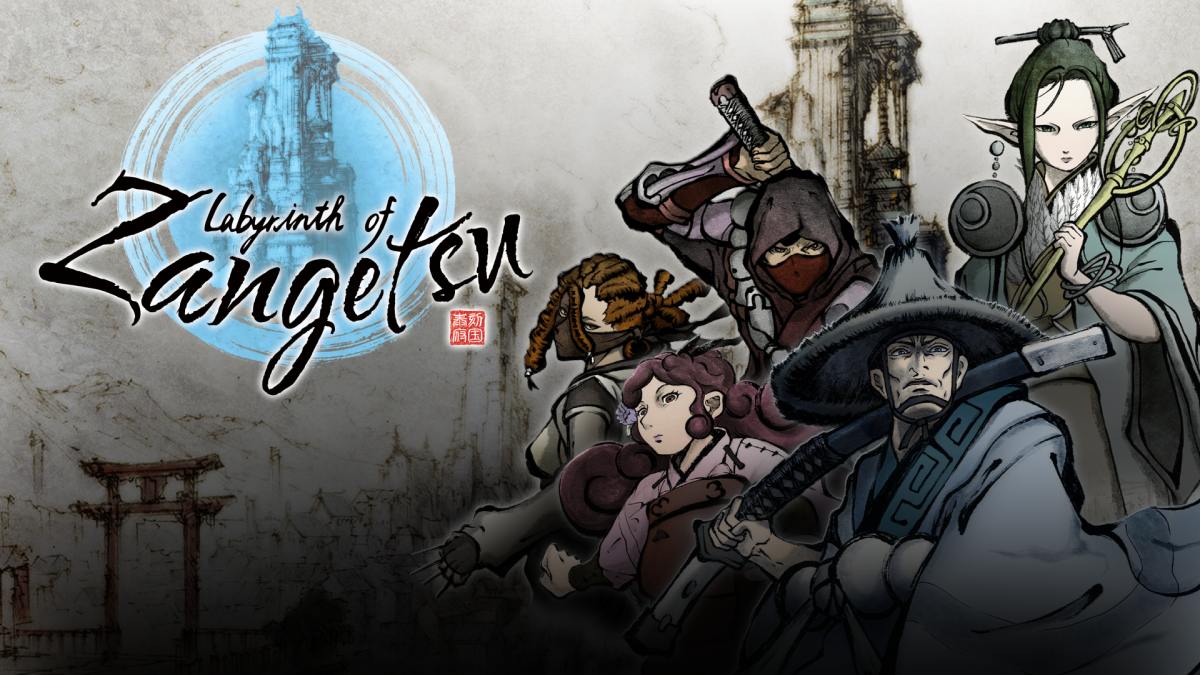 Today British publisher PQube announced a partnership with developer Acquire to release Labyrinth of Zangetsu in the west.

The game, which was originally announced for Japan back in January will be coming “soon” pr PS4, Nintendo Switch, and Steam both in North America and Europe. A physical edition has been announced for the console versions, but no specific release date has been revealed just yet (we already know that it’s releasing in Japan on September 29)

Labyrinth of Zangetsu is a dungeon-crawling JRPG characterized by an art style portraying Japanese ink paintings.

It features multiple playable heroes including your customizable protagonist, fighting against monsters inspired by Japanese youkai.

Being a classic dungeon crawler, it’s turn-based and it promises an engaging story with plenty of optional sidequests and a soundtrack based on traditional Japanese music.

If you’d like to learn more you can check out a trailer and an official summary of the story below.

“In the fortress city of Ido, you are tasked with traveling the treacherous area, ‘Chaingung’, overrun by ‘The Ink of Ruin’. As one of these selected ‘Ink Destroyers’, you must fight to conquer the hordes of terrifying Ink Beasts who plague the residents of Ido…

Born from the Ink of Ruin, the Ink Beasts take over the bodies of those they encounter to increase their numbers. Join the band of chosen warriors as they venture out to defeat the Ink Beasts causing this destruction.”