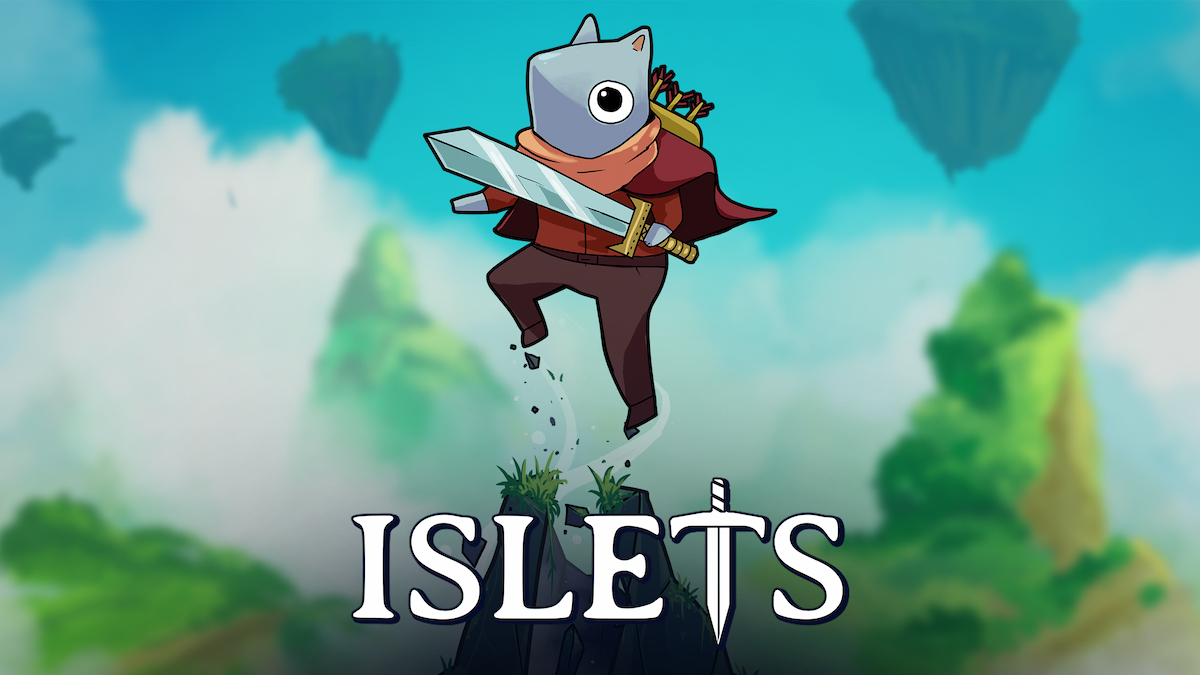 Recent years have been very kind to fans of the Metroidvania. The genre has seen a steady stream of quality releases, offering up some of the best slicing, dicing, and exploration its seen in some time.

Islets, developed by Kyle Thompson and published by Armor Games Studios, is the latest addition to the tried and true genre. It’s a sprawling game with an interesting spin; rather than working through an interconnected world from the start, players instead visit several floating islands, fighting their way through each in order to connect them to one another and increase the overall size of the explorable area.

At the center of the story is Iko, a warrior mouse embarking on a journey to bring the titular islets together again. This is something of a cultural pilgrimage, as he’s just one of many similarly anthropomorphic explorers setting out to do the same. As you traverse more of the world and slay the beasts that have occupied the islets, you end up interacting with a variety of these colorful characters, and I found myself greatly enjoying the lighthearted, humorous interactions with them.

Nearly every exchange is usually worth a chuckle and always bring something new to the table, mostly thanks to the fact that every NPC seems to have a different perspective of Iko. The characters GreyBird and Snoot—Iko’s helpful friend and boastful rival, respectively—represent the extreme ends of that spectrum, and the disparity in the way they treat our protagonist makes each step of their storylines offer separate styles of character building and humor. This is also true for the characters Iko spends a shorter amount of time with, and the difference in approach is what keeps the game’s stories feeling fresh.

Islets’ characters steal the show, in other words, and the quality of the writing ends up being something of a saving grace for Islet’s story given that the narrative never strays far from its initial premise. The fact that Iko follows up with them in the areas between the islands makes for an enjoyable sense of narrative progression in the absence of a more immediate overarching plot.

Once you gain control of Iko, the smoothness of the controls can be immediately felt. Running and jumping in particular is both responsive and fluid in the way it balances total player control with a feeling of forward momentum, making platforming (an almost constant staple of the game) all the more enjoyable. Exploring is a treat largely due to this refined movement, although the distinctive visuals of the islands and the different enemies that inhabit them play a part as well.

At most points in Islets, you have the option of progressing through two islands at a time and traveling between them at any point. Even if you choose one that blocks your progress because you’re lacking a traversal ability, it makes the eventual return to that island all the more satisfying because you’ve preemptively worked through a chunk of it already. It’s similarly satisfying to see the way the islets connect with one another as you slowly piece together the map, and even better to explore the new, interstitial areas that open up between them to reap the rewards.

As you make your way down the paths in each island, you’ll also come across optional time trials that task you with defeating enemies or completing a platforming segment as quickly as possible. Succeeding in these will typically net Iko a permanent upgrade to make his adventuring a bit easier, but they also work wonders in keeping the beat-by-beat gameplay exciting as no two challenges are alike.

And speaking of upgrades, Islets’ approach to progression is one of the most engaging aspects of the experience. Every time you collect an upgrade item, you’re given a choice of three different options, which can be something as simple as increasing your max HP or something more interesting, such as causing Iko to release a damaging shockwave when his health reaches a certain threshold. You might not always be a fan of all three options available when you nab an upgrade, but it’s easy to appreciate the freedom to choose the one that feels best at any given time.

Additionally, the game has a currency which you earn by defeating enemies or destroying certain objects in the environment. The implementation of this currency is excellent for the fact that virtually everything you can purchase with it is useful. Do you want to spend your hard-earned cash on overall stat increases for Iko? Or would you rather purchase the ability to see uncollected items on the map? Perhaps you’d like to travel to teleport gates from any save point? Islets makes the player ask themselves these questions frequently, and similarly to the upgrade choices mentioned above, it makes every decision to feel meaningful.

The only noticeable drawback to progression here is found in the placement of save points and teleporters. They often feel just a smidge too far away from one another, which can result in some annoyance as you backtrack to the point where you just died. It’s certainly noticeable, but not egregious. Outside of this, nearly every element of exploration in Islets blends to make a fun and cohesive whole.

Unfortunately, the same level of praise can’t be given to the game’s combat. Although you have access to a bow and arrow in addition to your sword, a majority of your damage will come from Iko’s three-hit melee combo, the last hit of which deals extra damage. In theory, this encourages the player to attack as often as possible to keep things feeling active, but in practice it tends to make encounters more about mashing in one place until an enemy forces you to dodge or move out of the way.

This is most keenly felt in boss encounters, but it isn’t enough to detract from the game too much because a majority of the challenges presented to the player (including attacks from bosses and enemies) are largely dealt with by using platforming and movement. More attack options are unlocked later, but none of them alter the combat as much as they should, and having more tools at Iko’s disposal would have elevated the gameplay considerably.

In spite of the combat’s shortcomings, however, all of the bosses sport unique visual designs and moves to the point where no two feel overly similar, nor does the game shy away from having attacks that are difficult to dodge at first glance. Learning how to deal with everything thrown your way can be a challenge, but not a required one, as the game lets you alter your difficulty selection at any time for better accessibility.

All of this is to say nothing of how great the visuals are on the whole. Islets has an adorable aesthetic with sharp lines and a vibrant color palette that really brings the world and its characters to life just as much as the writing and cute Animal Crossing-esque voice quips do.

The soundtrack is also as relaxing and ethereal as the islets themselves can be, with a lot of softer electronic elements that perfectly complement the tone of each locale. That said, the cracks do start to show a bit towards the end of the game, when the newer music begins to feel overly similar and the older tracks are used repeatedly.

At the end of the day, Islets is a thoroughly charming and straightforward Metroidvania. Every moment provides a laid-back atmosphere through its humorous dialogue and adorable visual designs. These work in tandem with the tight controls and creative platforming to make a game that’s easy to put long play sessions into.

The combat itself is a bit lacking, and it may be on the shorter side for some at about 10 hours, but it successfully delivers on its unique concept to provide a fun, concise experience. When you combine all of the above with the lower price point, Islets is an easy game to recommend to fans of the genre looking for a more relaxed Metroidvanian jaunt. 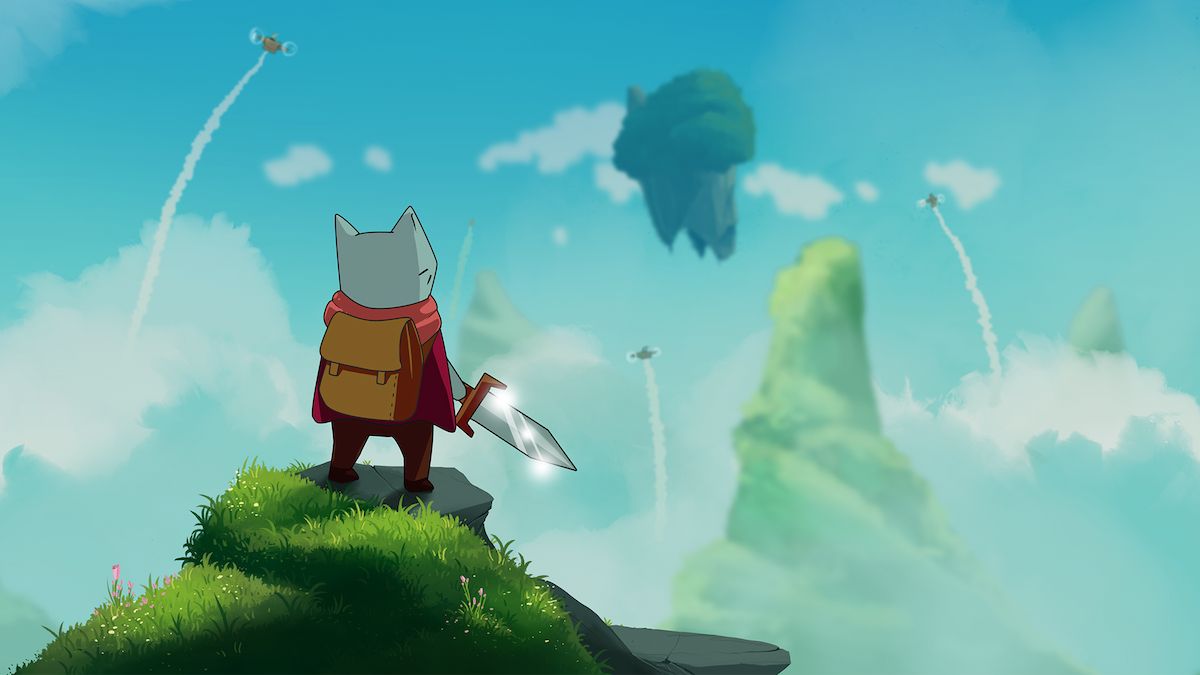