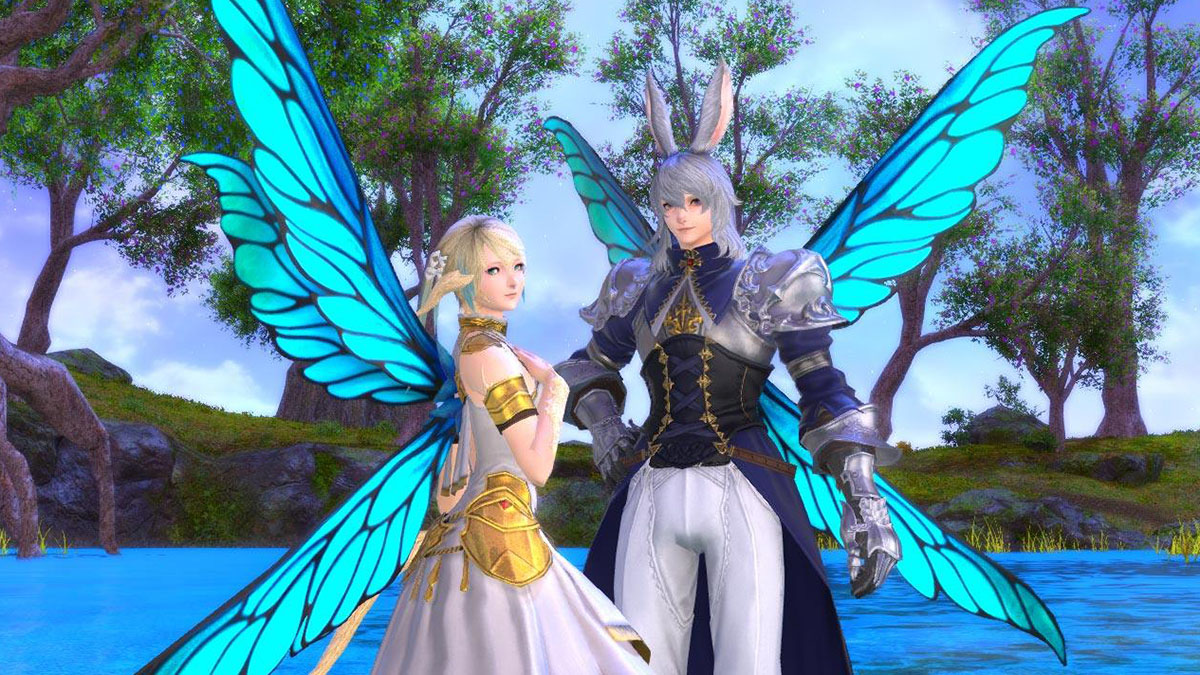 We start with the much-anticipated “Island Sanctuary” feature, which provides players with a whole island to nurture, cultivate, and build-up, with its own separate gathering and crafting systems and rewards.

Next are images of the sidequests, Tataru’s Grand Endeavor, Somehow Further Hildibrand Adventures (which will come in update 6.25), the quest for the Manderville Weapons, and the Omicron Tribal Quests.

We also take a look at the final version of the Adventure Plates that will exit beta and will receive expanded customization options and improved portraits.

More screenshots showcase new fashion accessories in the form of umbrellas and fae wings, also supporting special actions (as you can see in the video), the new gear set that you can accrue with the new Allagan Tomestones of Causality, and the one that can be crafted.

We close the gallery with two images showing new mounts and new minions. You can check them all out below as you wait for the update, which will release on August 23, 2022.

You can also read more about the changes planned for the longer term, including a refresh of the graphics, information about the upcoming update 6.2, and a second batch of details.

Incidentally, the traditional seasonal event Moonfire Faire is currently going on in the game to celebrate the summer.