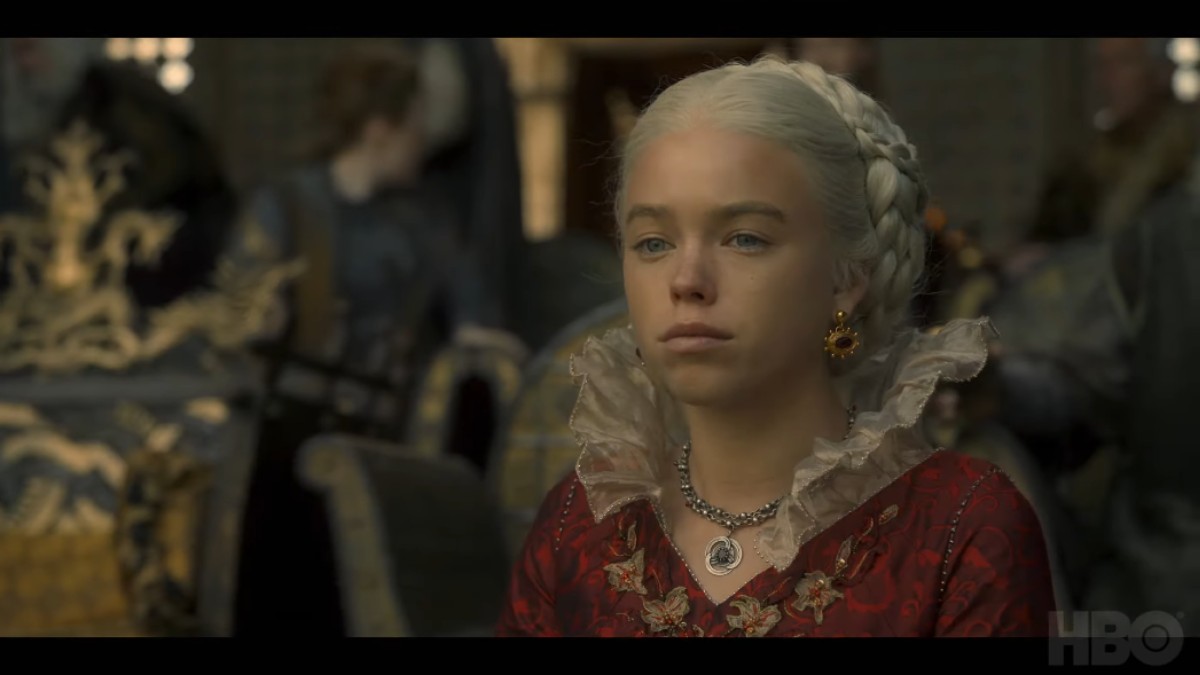 House of the Dragon has aired its first two episodes, and it is already full of people politicking to get as close to the Iron Throne as they can. The first episode of the Targaryen-focused series sees Rhaenyra Targaryen be declared as the heir to the throne, but does she become Queen in the next episode? Twinfinite has the answer for you as this is whether or not Rhaenyra Targaryen becomes Queen in episode two of House of the Dragon.

Warning: Spoilers for House of the Dragon’s second episode follows below.

Does Rhaenyra Become Queen in Episode 2 of House of the Dragon?

No, Rhaenyra does not become Queen during the second episode of House of the Dragon; in fact, quite the opposite seemingly happens. Despite being named as the heir to the Iron Throne, we see that very little has changed for Rhaenyra in how she is seen by the men at the small council, causing her to doubt her standing.

By the end of the episode, Rhaenyra accepts that her father must remarry for the good of the kingdom; however, she didn’t count on him choosing her best friend Alicent over the clear choice of Laena. So now, with King Viserys’ choice, Alicent Hightower will likely become the new Queen Consort. To make matters worse for Rhaenyra, if Alicent provides a male heir, that boy will presumably be the preferred choice for the throne, the very thing that Princess Rhaenys warned Rhaenyra about.

That is everything you need to know about whether or not Rhaenyra becomes Queen during the second episode of House of the Dragon. If you’re interested in more House of the Dragon, Twinfinite has much more content covering the Game of Thrones prequel, some of which can be viewed down below.