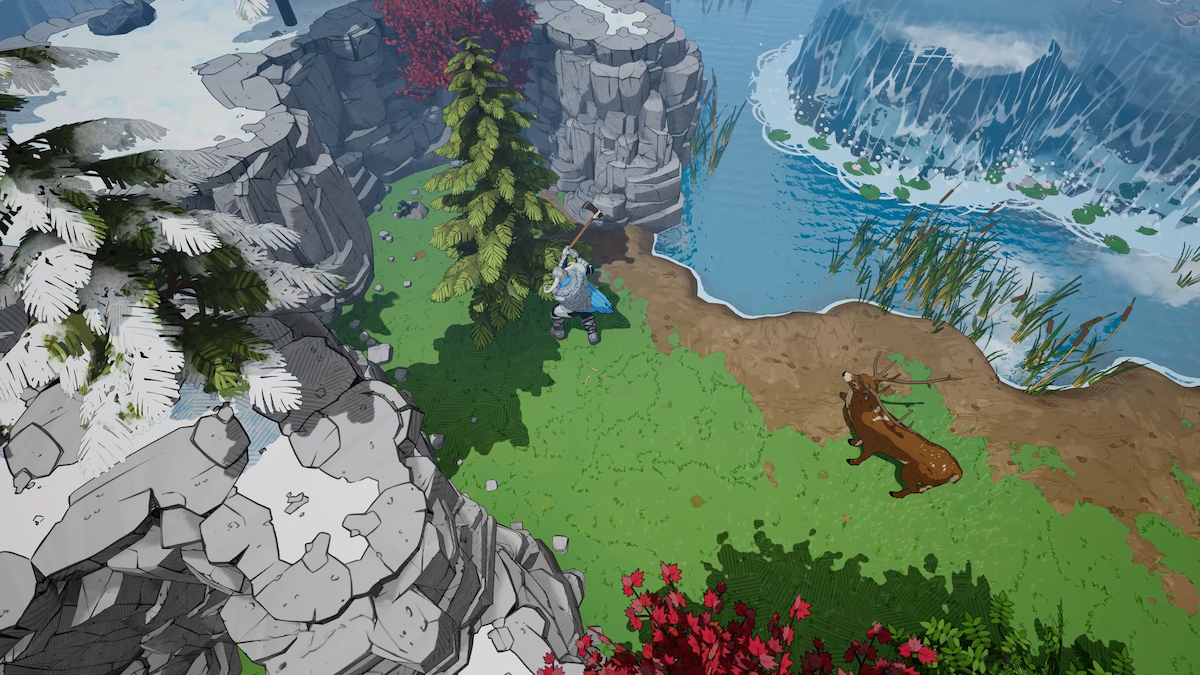 Tribes of Midgard Season 3: Inferno Saga has been announced today to be coming Aug. 19 for PlayStation consoles and PC. However, on that same date the game will release onto Nintendo Switch and Xbox consoles for the first time. For those PlayStation and PC players that already own the game this will be a free update.

A recent press release for the news shares that Tribes of Midgard Season 3: Inferno Saga brings “a new Saga Quest and Boss, the Volcanic Spire Biome, Spear weapon, and Fishing, as well as Survival 2.0, a total revamp of the core game mode to offer a more relaxed but engaging experience that rewards exploration and creation.”

Tribes of Midgard was recently a PlayStation Plus title back in May of this year, so a large portion of players that picked it up then will be prepared for Season 3: Inferno Saga.

For those who haven’t been keeping up with the game as it maybe hasn’t been on your console of choice, Steam describes the game as:

Tribes of Midgard is a co-op game with a unique blend of action, survival, and roguelite elements. Players must defend their village from hordes of invaders—deadly spirits and gigantic brutes—that every night threaten to destroy the Seed of Yggdrasil, the sacred tree you’re sworn to protect. Only by protecting the Seed, you and your tribe can stop Ragnarök—the end of the world!