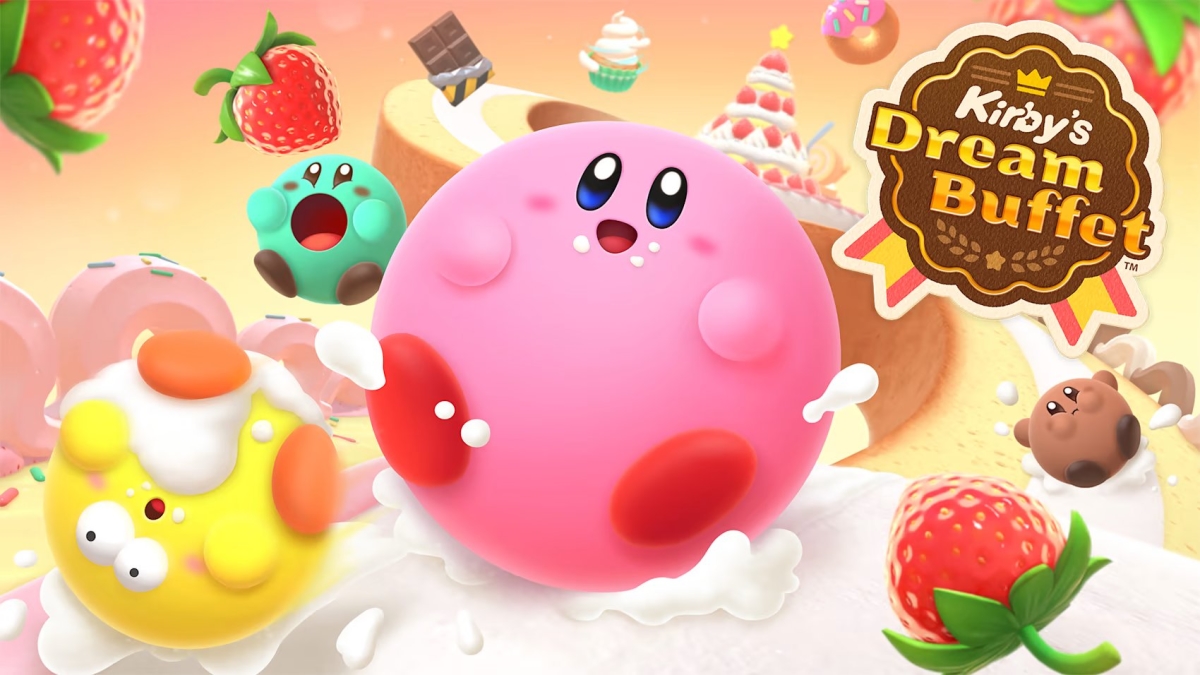 Fans of the Kirby franchise are in for a treat: Nintendo has just announced a brand new Kirby game that will be launching on the Nintendo Switch this summer. Kirby’s Dream Buffet, a 4-player multiplayer party game, will be a digital only title to be released on the Nintendo eShop.

The trailer for Kirby’s Dream Buffet shows the loveable Kirby and friends shrinking down in size onto a delicious looking cake where they roll around racing each other through obstacle courses.

Kirby’s Dream Buffet will support four players as they race through four rounds each, collecting strawberries to make Kirby grow. Then, a final battle will determine the ultimate winner.

Not much else is known about the game just yet, but this will be the second Kirby game to release this year after the ambitious Kirby and the Forgotten Land launched earlier in March. Of course, this year is Kirby’s 30th anniversary, so it’s no surprise that the franchise is getting plenty of love lately.

You can learn more about Kirby’s Dream Buffet on Nintendo’s official website right here. Here’s the description of the game via Nintendo:

Roll through a smorgasbord of food-themed stages in 4 rounds of 4-player* fun as Kirby…who seems rounder than usual? Race through delicious obstacle courses to collect strawberries as Kirby grows. Then, turn the tides in the final round—a fruity fight atop a floating platform.

You can watch the trailer to see for yourself how adorable Kirby and his friends are as they race around a cake before the game launches this summer.