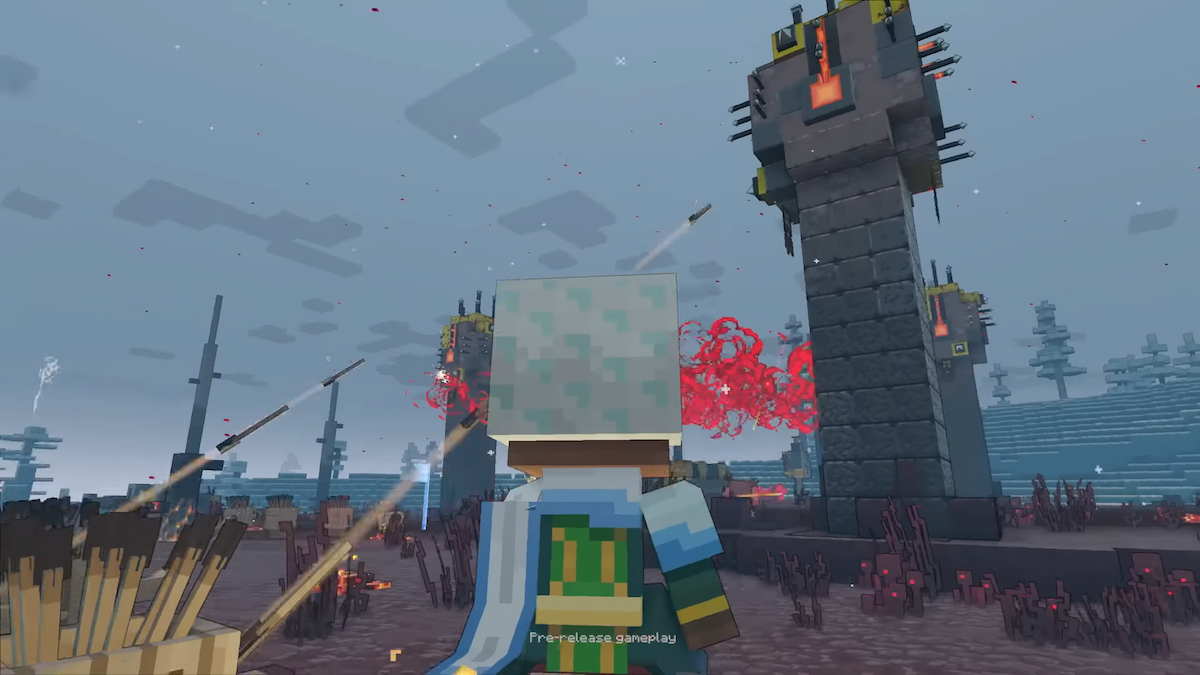 One of the most interesting tidbits in this new Minecraft Legends developer video is the discussion of the game being a “legend”. The assumption here is that this is potentially something that took place in the Minecraft overworld at some point in the distant past. While it is a legend, there could be some truth found somewhere, but for the most part what you are seeing counts are bare lore.

You can watch the video for yourself below. It’s only a little over six minutes long, but if you’re a Minecraft fan, it’s definitely interesting.

The main antagonistic force in Minecraft Legends are the Piglins, mobs found in the Nether in current Minecraft. As far as the thoughts in design, “we were imagining the Piglins as players know them from Minecraft today, and thinking what they might have been at the height of their power.”

The video also reveals that there have been a couple smaller teams in Stockholm and Redmond that have been working on Minecraft Legends since 2018, and we only just got the first look at it in early June during the Xbox & Bethesda Games Showcase.