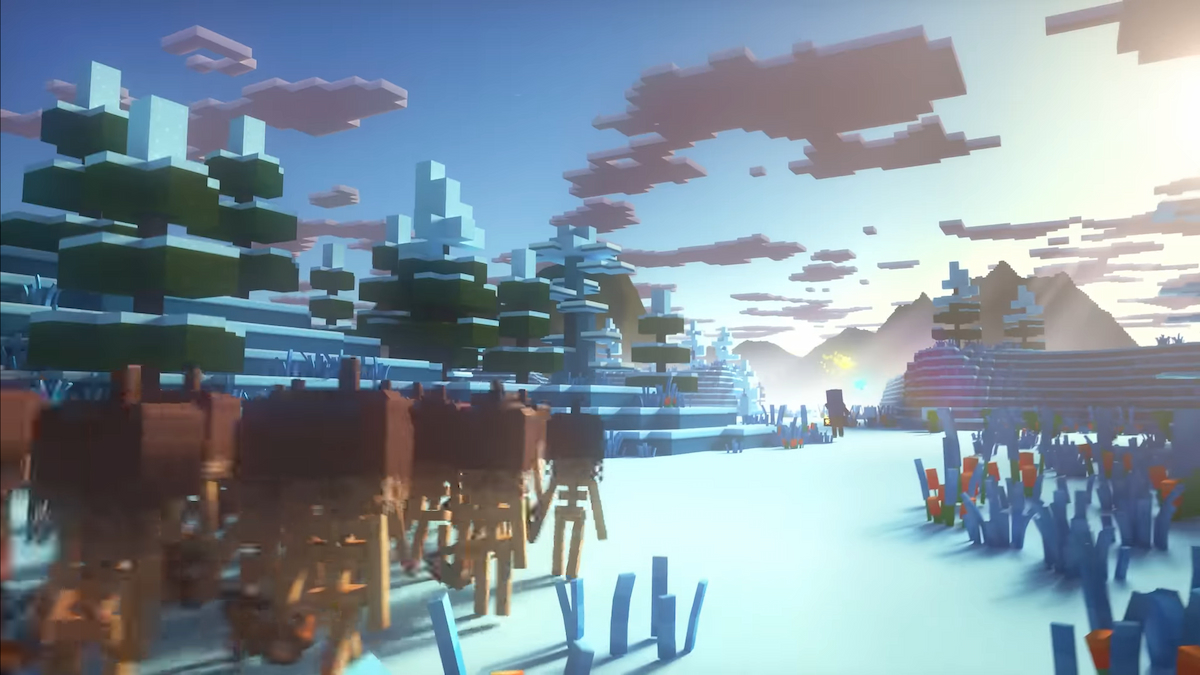 Announced during the Xbox & Bethesda Games Showcase, Minecraft is now dipping its toes into a whole new genre. Minecraft Legends will be Mojang trying its hands at an “action strategy game.” There was definitely action to be seen as the player character was shown leading groups of friendly monsters to battle.

Seeing as this is also Minecraft, there is somewhat automated building shown but it seems you will be able to create outposts for a break from the action. It’s unusual to see Minecraft from the perspective shown, but there is definitely something cool about leading around an army of classic Minecraft monsters.

You can watch the reveal trailer for yourself below:

Just as with Minecraft Dungeons, Legends will be multi-platform for PC, PlayStation, Xbox, and Nintendo Switch. Seeing as it’s also a Minecraft title, it will be no doubt releasing on Game Pass on day one.

There wasn’t a precise release date given for Minecraft Legends, but players will be able to get their hands on it sometime in 2023. If you’re after other announcements in Xbox first-party titles, there was a long look at Redfall. If you’re more of a driving fan, there was Forza Motorsport news as well. Be sure to stick around as the Xbox & Bethesda Games Showcase reveals even more upcoming titles.