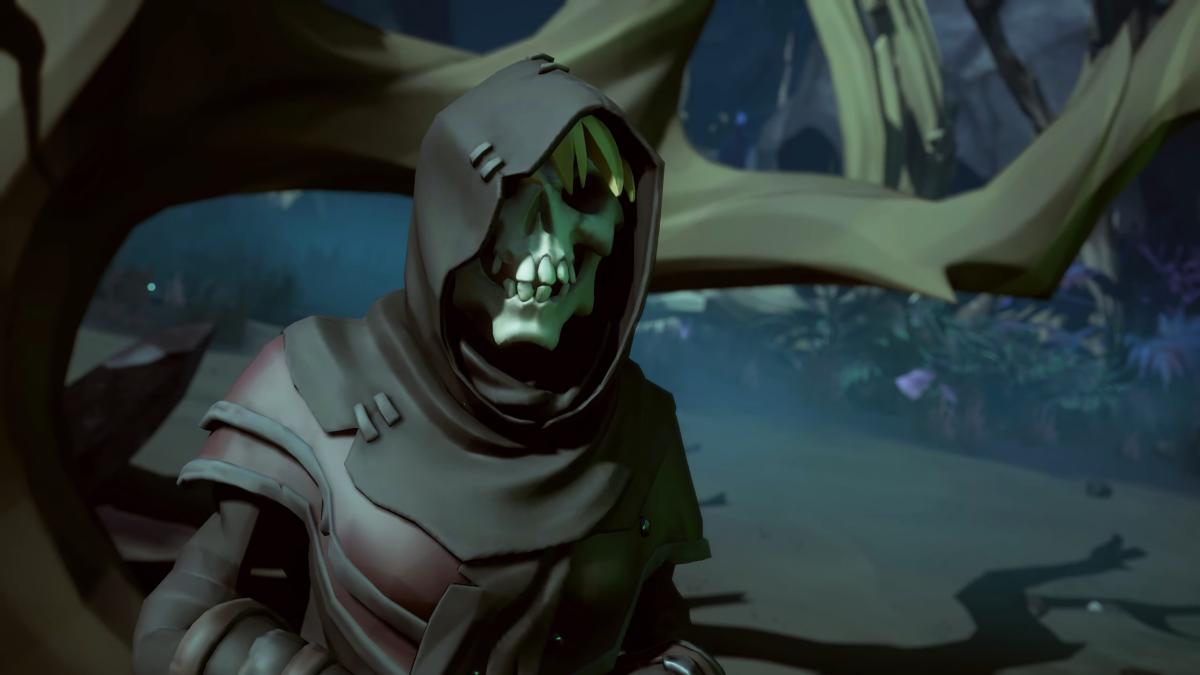 As teased a few days ago, Microsoft and Rare released the cinematic trailer of the next adventure that will become playable soon on Sea of Thieves.

The adventure is titled “The Forsaken Hunter” and it’ll go live on June 30. It’ll be playable until July 14.

The trailer focuses on Merrick, who definitely appears in big trouble after mysteriously disappearing after his triumph at Golden Sands.

Adventures are story-driven live events added to the game every month for about two weeks. They’re arranged in trilogies through each season and let players take part in shaping up the overarching story of Sea of Thieves.

You can watch it below and see if you can predict what’s going to happen.

In the meanwhile, we recently saw the first tease of Season 7 during the Xbox & Bethesda Games Showcase, and that will launch on July 21st.

Speaking of emotes, you can grab a free one right now, titled Rant and Rave. It’ll let you throw a tantrum in pure pirate style, if you so wish.