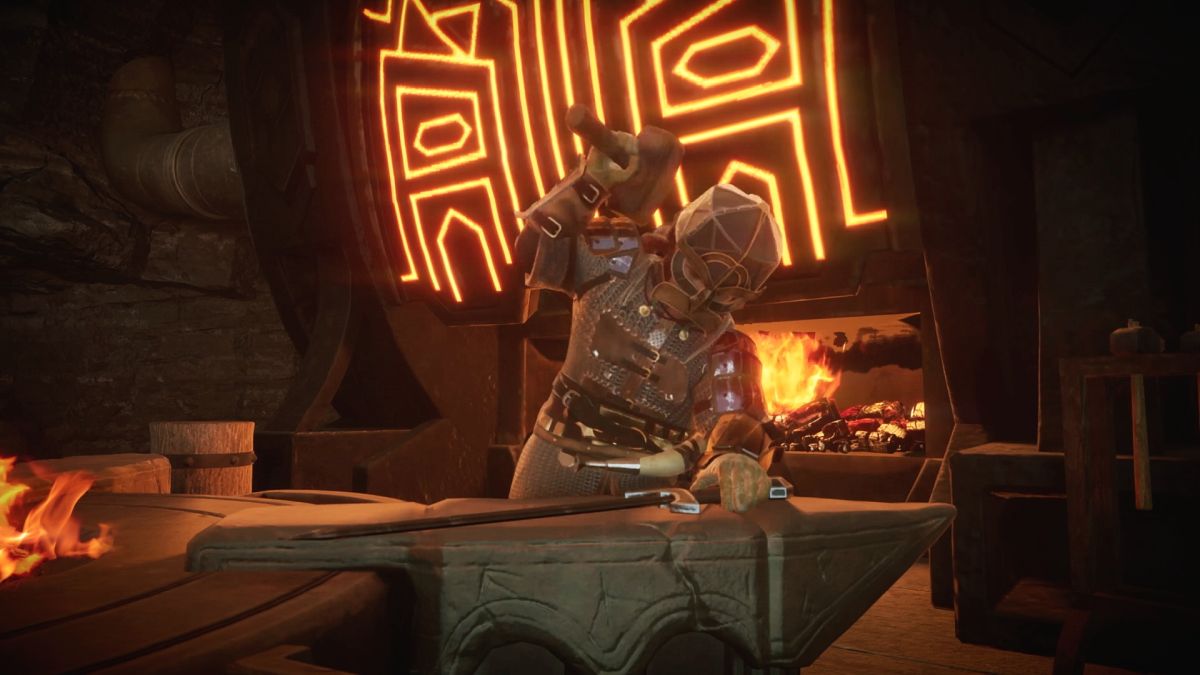 The game, set in J.R.R. Tolkien’s super-popular fantasy world, is a survival crafting game coming to PC via Epic Games Store in 2023. If you’re wondering, it appears that it’ll be exclusive.

Below you can check out the first screenshots and a trailer, alongside an official description directly from the press release.

Feel the Fellowship: Experience the Fellowship of the Dwarves like never before, with the rich lore
of the iconic fantasy world from J.R.R. Tolkien interwoven into the very fabric of The Lord of the
Rings: Return to Moria.

Survive the Dark: To survive the treacherous Mines of Moria players must conserve resources, hunt,
and gather for food and manage their sleep, temperature, and noise levels. Utilize dynamic light
systems for safety and to blaze a path further into the darkness. Battle unspeakable evils and survive
hordes of monstrous Orcs in visceral combat, while uncovering the secret of the Shadow that looms
within the mountain.

Base Building: Find solace from the darkness. Reveal and clear new locations to create architecture
on a grand scale. Get creative and construct bases from scratch or build upon the existing
environment. Beware the evils which seek to destroy Dwarven progress.

Rebuild and Reshape Moria: Restore the long-lost ancient kingdom of Khazad-dûm to its former
glory, recovering Dwarven landmarks as the story progresses. Resurrect old mines and refire their
forges to yield their untouched resources.

Explore: Delve into the depths of the Mines of Moria. Procedurally generated environments are
abundant with resources and fraught with mystery and danger, providing a unique experience each
and every time.

Co-op Multiplayer: Adventure alone or band together with friends in online cooperative multiplayer
with up to eight players.

Uncover Magic Artifacts: Discover ancient magic items including swords that glow when Orcs are
near, maps of long-dormant Mithril veins, books with forgotten crafting plans and amulets that give
strength or wisdom.

Mine Ore and Jewels: Establish mines to unearth deposits of precious resources such as iron, gold,
and quartz; and fantastical materials such as Mithril. Access crafting stations and forges to convert
ore to ingots and upgrade gear. But be prepared, mining is loud and can awaken what lurks in the
darkness.

Comprehensive Dwarf Builder: Players become part of Dwarven Legend as they create their own
Dwarf in the custom character creator. Dwarves can be customized in a variety of ways to create a
unique Dwarven identity. Then, during gameplay, players can find and craft armor and weapons to
further enhance their unique style.

The announcement was accompanied by a comment from Free Range Games CEO Chris Scholz.

“We at Free Range Games are absolutely thrilled to finally reveal The Lord of the Rings: Return to Moria

J.R.R. Tolkien and all of his creations within Middle-earth are near and dear to our hearts, and this project presents an amazing opportunity to create new experiences born from one of the greatest stories ever told. We are pouring a lot of passion into the game to give players an unforgettable experience.”

“We’re beyond excited for the Dwarves to return to Khazad-dûm! Thanks to our friends at North Beach Games and Free Range Games, we’ll delve deep into the Misty Mountains together, by this time next year. We do hope you’ll join us!”

If you’re interested in The Lord of The Rings, a mobile game has recently been announced by Electronic Arts, while LOTR: Gollum is coming in September.

An animated series focusing on Rohanis coming in 2024 on Amazon Prime, while the LOTR: The Rings of Power show debuts in september.

The Lord of the Rings: Return to Moria Announced for PC; Coming to Epic Games Store in 2023