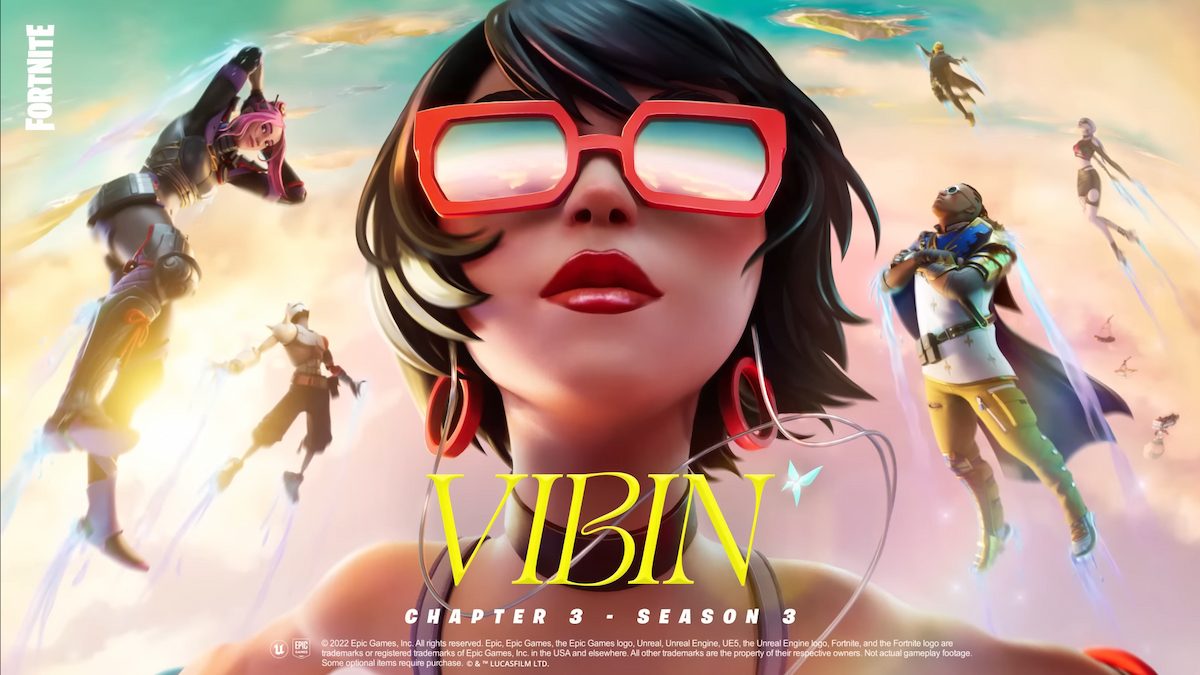 Fortnite’s Chapter 3 Season 2 was all about war and fighting back against the game’s Imagined Order enemy forces. After the Collision event, it seems that the entire tone of this new season has taken a 180 into something that the kids might call “a vibe”. Two new trailers are now out to set the mood.

The cinematic trailer can be seen here and below:

The new season, subtitled “Vibin'”, seems to be all about exploration and fun, focusing more on a laid back theme. Following the recent Obi-Wan Kenobi outfit and the May the 4th return of the other Star Wars cosmetics, Darth Vader himself will be joining the Battle Royale. Based on leaked images, it is most likely that Dark Vader will sit at the final slot of the Battle Pass for players to unlock.

You can watch the gameplay trailer right here and below:

While the cinematic trailer reveals Darth Vader will be coming to the game, the gameplay trailer shows off a glimpse of Indiana Jones. It seems rather than a continuous Marvel shift like the previous two seasons, we’re slipping over to Lucasfilm properties.

Also a new change up to the map will be the return of traversal vehicle The Baller, which has been in the vault since Season X.

The season is supposedly set to launch a couple hours from now and more will be known then as far as what to expect for the Battle Pass. Be sure to stick around on Twinfinite as we bring you guides and more for Fortnite Chaper 3 Season 3.