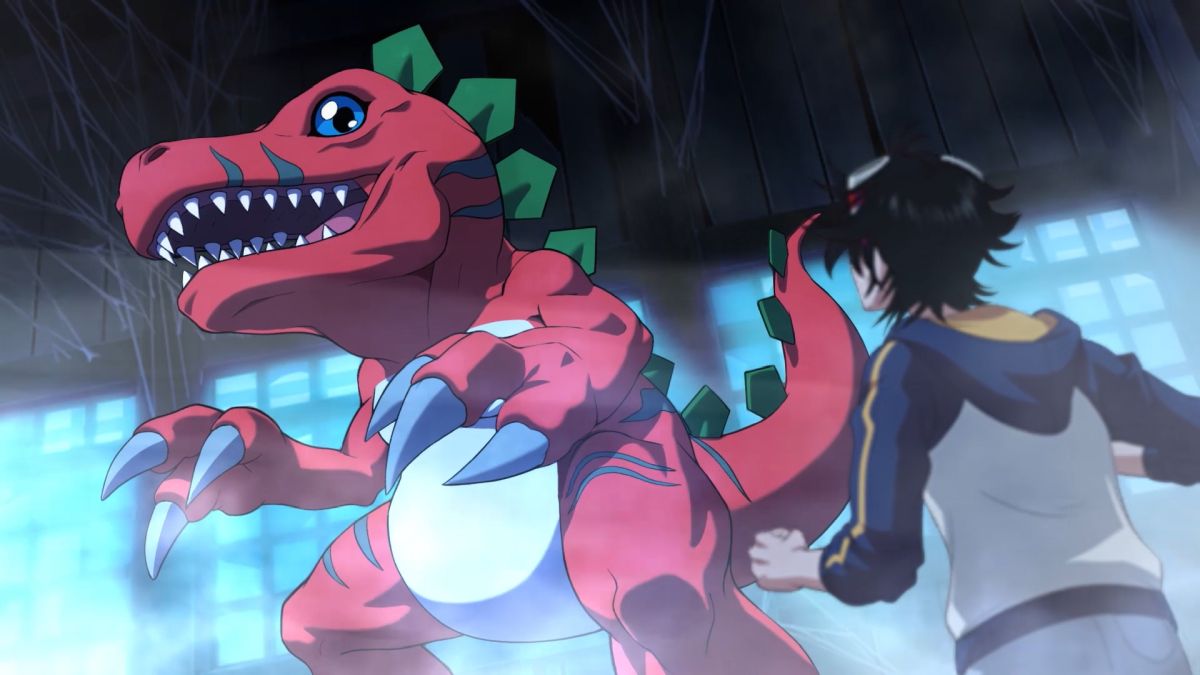 This time around we hear about a key concept for the game, the “Beast Gods Tradition” based on the ancient rites to sacrifice children to the beast gods in the setting of the game.

The children were “spirited away” while the beast gods were worshipped within shrines. This tradition was lost with time and is long gone.

We meet the “Professor” an expert on that tradition and a teacher of folklore at a private university. He believes in the paranormal and in undiscovered phenomena that can’t be explained by science, thinking that the key to interpreting them lies within legends and literature.

Another interesting concept is that you have a “Karma value” that changes with your choices in the game across parameters like “morality,” “harmony,” and “passion.” By making choices in the first eight chapters (of 12), the story will branch into three routes associated with these parameters. A further route will also be revealed at a later time.

The hero’s partner, Agumon, will evolve according to your choices and the Karma value. There are three different evolutions, mature, complete, and ultimate, and special evolutions unlocked through the additional route.

A long time has passed since the announcement of the game, but after an extensive series of delays, it appears that it’s finally almost ready to release.