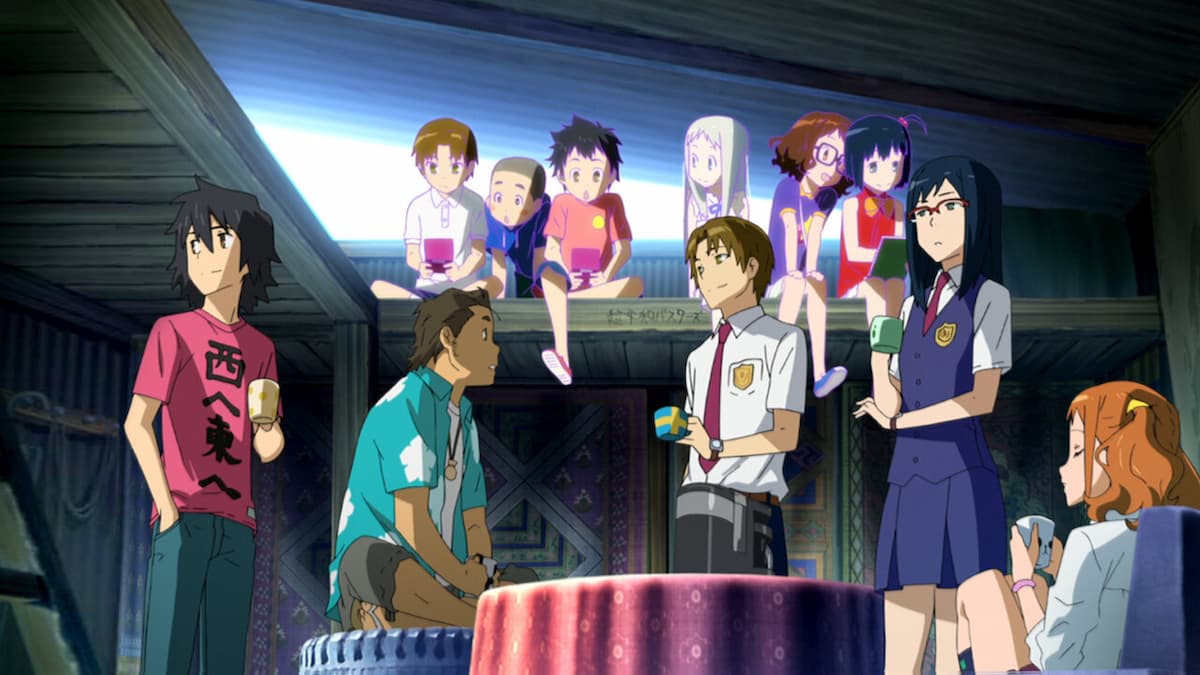 Nothing is better than sitting down after a long day to watch a slice of life anime. These highly-regarded types of shows are known for their portrayal of human relationships and meaningful stories. In addition, writers and animators reveal their true ability by realistically exhibiting these fictional characters. So, out of all the intricate storylines, what is the best slice of life anime? Before we dive into the top show of this sort, let’s look at some honorable mentions.

Toradora tells the story of Ryuji Takasu and Taiga Aisaka as they form an unlikely friendship to help each other with their crushes. The main protagonist, Ryuji, is a high school student who often gets mistaken as a delinquent due to his brooding stare. In reality, he is a kind-natured boy that tries his best to support his mother by cooking and cleaning since his father has left. The other prominent character, Taiga, may have a child-like demeanor, but she is known as the “Palmtop Tiger” because of her intimidating personality.

Once they form an alliance, Taiga helps him confess his love to the cheerful Minori Kushieda, while Ryuji assists the Palmtop Tiger with his delightful best friend, Yusaku Kitamura. The journey is filled with many heartfelt and sorrowful moments, making this slice of life anime one of the most popular within the community.

The 27-year-old Arata Kaizaki has been struggling to find a career after quitting his job when suddenly his life drastically changes when he meets Ryo Yoake. The character represents the ReLife Research Institute, a company that searches for NEET (Not in Education, Employment, or Training) to reassess their lives by placing them back in high school for one year.

Arata riskily takes Ryo up on the offer and takes a pill that reverts him to his 17-year-old self in appearance alone. Even if he has previously attended high school, he often struggles with the education system. The new ReLife member doesn’t do well on tests and has difficulty keeping up in recreational activities because of the frail state of his older body. Fortunately, the friendships Arata shares with his classmates and the life lessons he learns along the way shape him to be a better person.

This slice of life anime is both a tear-jerker and a fun ride with a satisfying ending that makes the experience worth it.

Ouran High School Host Club is the perfect slice of life anime for beginners because of its whimsical scenarios and profound moments. The life of Haruhi Fujioka is turned upside down when she stumbles upon the Host Club in a room full of dashing young men. As she makes her way out the door, she accidentally breaks an expensive item on display and must settle a debt with them to pay it off.

To accomplish this, she becomes a host because of her boyish looks and natural instincts to swoon any woman. Haruhi is still different from the other hosts, especially since she is a “commoner,” and the rest of the school are wealthy, refined teenagers. Yet, even if they sometimes don’t see eye to eye, they all share a love for one another as time goes on. The adventures of the Ouran High School Host Club are amazing to watch and have fans begging for another season.

Winner: Anohana: The Flower We Saw That Day

The slice of life anime that takes the top spot is Anohana: The Flower We Saw That Day. The emotional rollercoaster begins with Jinta “Jintan” Yadomi when his childhood friend, Meiko “Menma” Honma, abruptly appears in front of him. What makes the situation strange is that Menma has been dead for years after a tragic accident, yet Jinta shrugs it off as a hallucination. Ever since his mother and friend passed away, he hasn’t gone to school and lives his life at home.

Menma’s death also strains the rest of Jintan’s childhood friends since all of them loved her in their own way. They were known as the “Super Peace Busters” back in their youth with a mission to bring peace to the world. The members of the group, including Menma and Jintan as the leader, are Chiriko “Tsuruko” Tsurumi, Tetsudo “Poppo” Hisakawa, Naruko “Anaru” Anjou, Atsumu “Yukiatsu” Matsuyuki. What makes this anime great is the relationships and bonds the friends share despite the group splitting after their tragic loss.

A great slice of life anime should display everyday things humans go through, and Anohana: The Flower We Saw That Day flawlessly captures all the realistic themes of hope and grief. One example is the presence of guilt that lingers within the group since they were the last ones to see Menma. There was also a slight altercation just before she died where Jintan blurts out a rude comment about her, which is why he probably feels the most at fault.

Despite the anime’s lonely moments, there are memories of nostalgia and happiness that each member looks back on. This perfect combination of sadness and joy makes this the best slice of life anime since this shows human existence in its most accurate form. Furthermore, the unknown reason why Menma has appeared adds a sense of mystery to the story, with every episode leading you closer to the truth.

You’ll experience all the emotions they go through as they develop more and more as the narrative progresses. Growing with these remarkable characters brings you to tears once you watch the bitter-sweet ending. If you love slice-of-life themes or anime in general, you won’t want to miss out on the journey of these childhood friends.

So, there you have it; Anohana: The Flower We Saw That Day is the best slice of life anime. If other shows like this deserve more attention, leave a comment below. You can find more anime content by checking out the relevant links underneath and exploring Twinfinite for news, features, and guides.