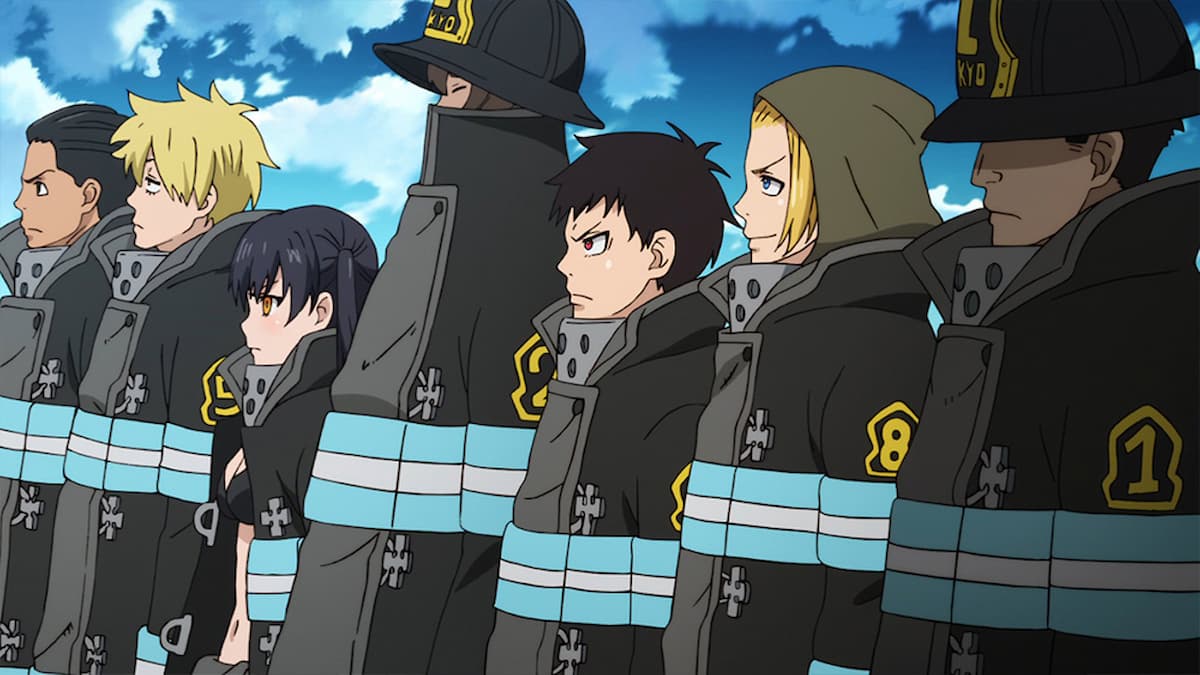 Fans of Soul Eater and anime, in general, are excited for all the new episodes and movies of Fire Force made by the show’s creator, Atsushi Ohkubo. Even if Fire Force is gaining fans as the show goes on, it is regarded as underrated, since not many people have heard of the anime. For those who are wondering what Fire Force is about and are curious to see if it is a show worth watching, here is a summary to explain this anime.

What Is Fire Force About? Answered

Fire Force tells the story of Shinra Kusakabe, a boy with pyrokinetic powers, who aspires to use these skills to become a hero to humanity. The world around him has been plagued by Spontaneous Human Combustion, a horrific event where humans randomly burst into flames and turn into fire demons known as “Infernals.”

The Infernals are referred to as the “First Generation” since they are the original ones to combust within their family, thus giving the second and third-generation pyrokinetic powers, including Shinra. When these beings turn into these demons, they wreak havoc on anything in sight with a flurry of flames and have no memories of their life as a human. The only way to stop them is by destroying the core where their heart used to be.

The ones capable of destroying such creatures are the Fire Force, a team of individuals who excel in taking down the Infernals. Specifically, the show focuses on Shinra’s unit, which is Special Force Company 8 including Captain Akitaru Obi and Lieutenant Takehisa Hinawa.

Along with stopping the First Generation, the Fire Force also aims to solve the mystery of why these humans spontaneously combusted since the catastrophic event began. Being on this team does not require people to have powers like the captain of the Special Force Company 8, who is both strong and uses armor to defend himself against the demons.

Shinra Kusakabe, as well as other members of the team, is exceptionally powerful by being a Third Generation of the Infernals, those of his kind have proven to be stronger than the Second Generation for an unknown reason. His unique strength comes from the flames produced by his feet, which give him the ability to fly and burn the core inside the Infernals with his mighty kick. Shira wants to use his powers for good and disregards anyone that calls him a “Devil” because of his skills.

The most notable characteristic of Shinra throughout the series is his nervous smile, one similar to Soul Evans from Soul Eater. If you are familiar with this show, you’ll be happy to know that there are Easter Eggs and possible connections to it within Fire Force.

Now that you know what Fire Force is about, find out about Shinra’s origins, as well as the secrets of the Infernals as the story progresses. For more content on the show and anime, check out the relevant links below and keep up with all the news, guides, and release dates on Twinfinite.