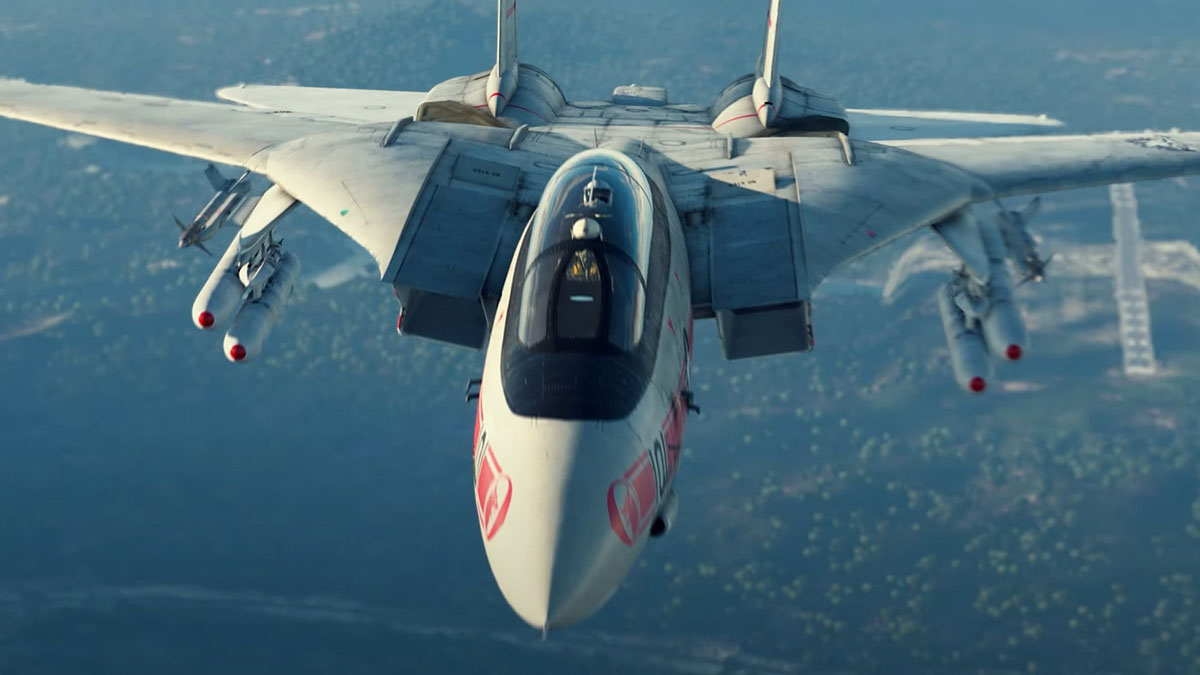 With the release of Top Gun: Maverick the interest in aviation seems to have spiked, and game developers have certainly been working hard with themed DLC, from Microsoft Flight Simulator to Ace Combat 7: Skies Unknown.

War Thunder developer Gaijin Entertainment may not have an official movie license, but this certainly isn’t deterring them from jumping on the bandwagon.

With its tech trees having recently advanced as far as the A-10 Thunderbolt, it may be a little early to introduce Maverick’s F/A-18E Super Hornet, but there is another famous Top Gun aircraft ripe for the taking, and it’s the F-14 Tomcat.

You can check the beloved carrier-borne fighter jet out in the trailer below.

War Thunder is currently playable for free (with the usual optional purchases that many believe aren’t all that optional) for PC, Xbox One, Xbox Series X|S, PS4, and PS5.

If you’re unfamiliar with War Thunder, here’s an official description:

“War Thunder is the most comprehensive free-to-play, cross-platform, MMO military game dedicated to aviation, armoured vehicles, from the early 20th century to the most advanced modern combat units. Join now and take part in major battles on land, in the air, and at sea, fighting with millions of players from all over the world in an ever-evolving environment.

In War Thunder, aircraft, attack helicopters, ground forces and naval ships collaborate in realistic competitive battles. You can choose from over 2,000 vehicles and an extensive variety of combat situations many of which are exclusive. You can find yourself blasting your pursuers from a bomber turret, defending your teammates on the ground from an air raid with anti-aircraft guns, shooting down enemy planes with a firestorm from multiple rocket launchers, or trying to sink an enemy warship with a torpedo from a fast attack boat.”

I am an Air Traffic Controller: Airport Hero Haneda Announced for Nintendo Switch Including English Language