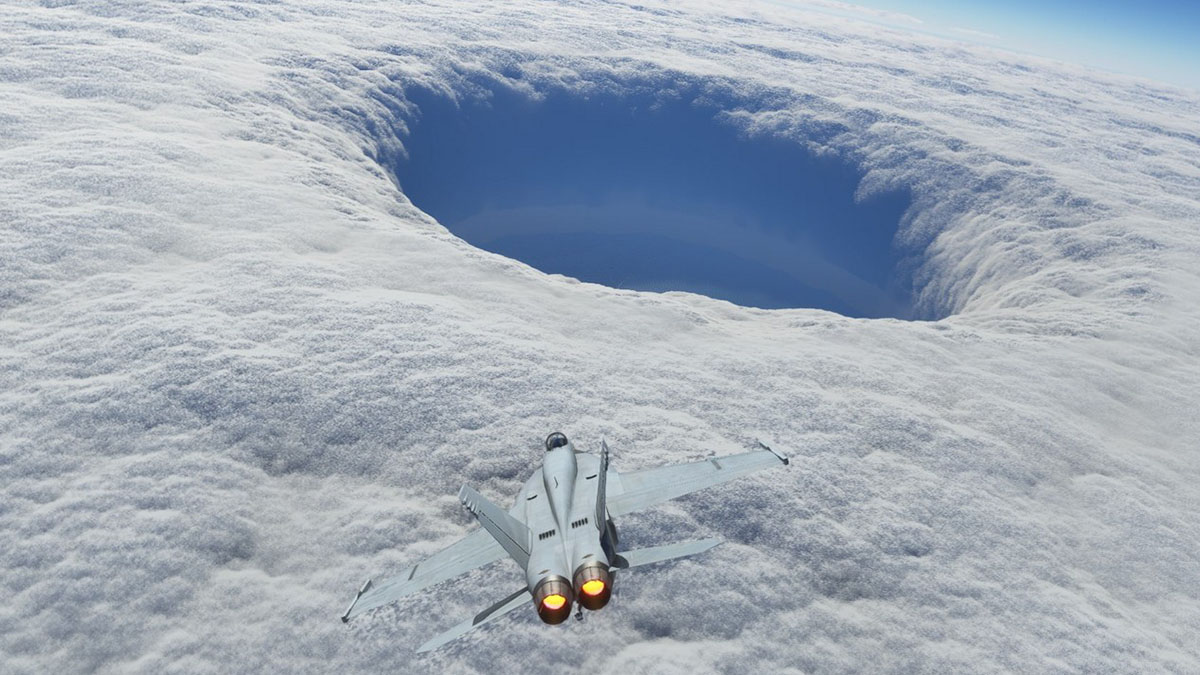 Third-party developers had some new reveals and releases to share about upcoming add-ons for Microsoft Flight Simulator.

SoFly will soon release its Storm addon, which includes weather presets related to storms and hurricanes, on top of voiced missions to enjoy them.

Here’s what you can expect and a brand new trailer.

Access Fully Voiced Missions
Over 35 varied missions are fully voiced to provide you an exciting, thrilling and educational experience. Over 50 hours of entertainment.

Introduction and Discovery Flights
Get in-depth knowledge about how hurricanes are made with our interactive flights.

Tough Landing Challenges
Test your skills in a variety of landing challenges. Can you land in a CAT5 hurricane?

Global Storm Presets
Try out a number of additional storm presets that cover the whole world in dangerous environmental conditions.

Next, comes a release from LatinVFR, which launched Nellis Air Force Base near Las Vegas, Nevada, United States.

You can check out what it looks like below and purchase it at the developer’s own store for $9.99.

Last, but not least, PMDG announced that the update to its popular Boeing 737-700 has been delayed to approximately the middle of next week.

One of the new elements introduced by the update is the ability to pop up the aircraft’s screens into separate windows, which has been much-requested and you can see in the screenshot below.

On the other hand, we learn that we’ll get to take a first look at the upcoming Boeing 737-600 next week, on top of some information on the EFB (Electronic Flight Bag) tablet that will be included on all of the developer’s upcoming airliners and retrofitted on the 737s.

“PMDG Flight Tablet: We haven’t been talking much about this device, but I wanted to let you know that it is coming along quite well and is accelerating nicely toward it’s testing phase. As previously discussed, this tablet is designed to replace the Boeing-Inspired EFB present in the PMDG 737 product line, but we saw this also as an opportunity to make this new tablet a “home base” of sorts for all of your PMDG products within MSFS, so it will appear in the 747 and 777 product lines as well. The tablet is designed to serve as a home base for controlling the various options/configurations in the 737, which will allow us to give you a more stylized, modern implementation for things we have been doing
via the text/descriptor limited FMS for many years.

The tablet will obviously serve as home for simBrief integration, as previously mentioned, and we have a few other hooks in here that I don’t want to share yet because they are more fun to see rather than hear about.

In our previous Boeings, we modeled the Boeing EFB and did so very realistically. That real-world EFB has its genesis back in the mid 90s, when most of the coders who are today writing User-Interface wrappers around software functions hadn’t even learned how to not soil their own nappies, which means it is an unfriendly, clunky, unforgiving and unwieldy tool to use. Which is precisely why real world operators have hired very skilled developers to create entirely new, context driven, flexible human interfaces to simplify the computational processes, smooth workflow and simplify data input.

There are a vast number of them that can be seen flight crew videos around the internet and some airlines have been brave enough to engineer their own.

We are bringing you our own iteration of this process which is styled to give you tremendous consistency when moving between the PMDG 737 and 747 and 777 because you will have a single, common layout and functionality set from one airplane to another.

Unlike our previous Boeing-modeled-EFB, our tablet will also include a number of other fun features that I cannot share yet.”