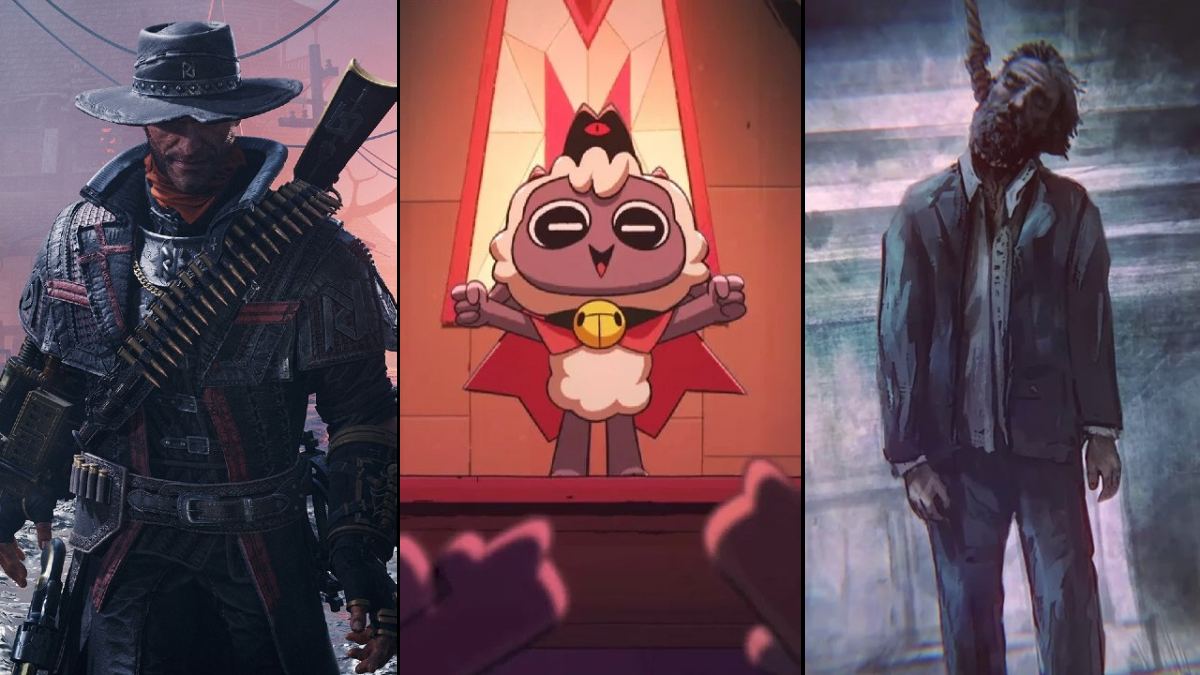 A little over a week ago, PAX East 2022 officially ended, signaling a close to a weekend’s worth of great displays and fun for a lot of interesting video games. And while there were some pretty notable titles there, including Dead Cells and Splitgate, there were a handful of titles that really caught me off guard.

From a rockband roguelike to a cult-building adventure title, these are the 10 surprising PAX East games that stole the show.

If you’re into Roguelikes and music, then Power Chord is just for you. In this rocking deck-building title, players battle their way through legions of demons, discover new cards to enhance their instruments of destruction, and take back the city, one dive bar at a time.

Alongside rocking music, Power Chord also features some slick visuals and a gameplay loop reminiscent of titles like Slay the Spire, Monster Train, and Darkest Dungeon. The game doesn’t currently have a release date, but is slated for PC when it does come out.

As someone who isn’t that into too many turn-based strategy games, it takes a lot for me to get on board with a new IP. Within minutes of trying out Terror: Endless Night, though, I knew this would be one I’d love.

Based on true events, Terror: Endless Night places players in the shoes of a captain that has to keep their crew alive on a ship that is frozen in the middle of the Arctic Ocean. Surviving requires careful rationing, proper crew assignments, and making plenty of story-based decisions.

As a writer, there is nothing I love more than using creative writing elements as the basis for a video game. In Writer’s Block, players quest across a storybook world that is fueled by the user’s imagination.

Somewhat similar to Scribblenauts, you’ll spell out words to fight absurd opponents and evade their devious attacks in this amusing roguelike. Writer’s Block releases for Steam in August 2022.

Unlike a lot of the games on this list, I’d actually heard of WrestleQuest before heading into PAX East 2022, thanks to the ID Xbox showcase back in March. And yet, despite being aware of it and being a wrestling fan prior to playing it, I was still blown away by how fun it is.

In WrestleQuest, players go on a journey to become the greatest wrestler ever known, using classic RPG combat combined with wrestling moves, match styles, and gimmicks to take down industry legends. It’s set to release for Xbox One, Nintendo Switch, PC, and Xbox Series X|S soon.

If you’ve ever played Duck Game and thought, “this would be great with Spiders and lightsabers,” then SpiderHeck is the game for you.

The premise of this multiplayer game is pretty simple, as you and your friends can team up or go against one another to swing, stab, and shoot one another, with the last-spider standing claiming victory. SpiderHeck comes out for PS5, Xbox Series X|S, PS4, Xbox One, Switch, and PC in 2022.

It’s hard to make a really unique platformer these days, as just about everything has been explored at this point. To rectify this Matte Black Studio seems to have taken everything from any platformer that’s ever existed and crammed it into Lucid.

The game can best be described as a platformer with a Metroidvania overworld that features Zelda-like dungeons. Just from the short amount of time I had with it at PAX East, I’ve already fallen in love with the game’s stunning pixel art, tight and precise movement, and plenty of great combat and platforming.

Lucid is slated to release on Steam at some point in 2022.

Evil West is my personal game of the show for PAX East 2022. The game can best be described as Bulletstorm and DOOM having a baby in a world overpopulated by vampires.

As you’d expect from that description, gameplay is chaotic and fun, featuring plenty of gory melees, shooting, and finishing moves that feel oh so satisfying to execute, especially against big bosses. Evil West arrives on PS4, Xbox One, Xbox Series X|S, PC, and PS5 at some point in 2022.

Another deck-building title I found myself enthralled with at PAX East is Potionomics, as its simple narrative-driven premise was surprisingly addicting. In this game, players inherit a potion shop from their uncle – one that is underwater in debt.

To help save the story from ruin, you must customize your store, hire heroes to gather ingredients, befriend and/or romance fellow vendors, and go head-to-head with competitors. Potionomics come to Steam in fall 2022.

When it comes to the most creative game at PAX East 2022, it is pretty hard to compete with Tin Hearts. This adventure game takes place in a magical world of invention, tasking players with guiding a troop of tin soldiers through a myriad of challenging and clever puzzles.

Those puzzles include everything from time manipulation to gravity and physics-related quandaries that were all a joy to try and solve in my short time with the game. Tin Hearts releases on PS5, PS4, Nintendo Switch, Xbox One, Xbox Series X|S, Oculus, and PC this winter.

Cult of the Lamb

Cult of the Lamb was easily the most popular game at PAX East. In fact, I didn’t even get to play it yet. The line was so busy, that all media was informed they’d be sent a preview build a little bit later. Taking one look at the game, it wasn’t hard to see why.

Developed by Massive Monster and published by Devolver Digital, Cult of Lamb has players take control of an adorable sheep in the hopes of starting a cult in a land of false prophets. To succeed, you must build your following, defeat non-believers, and sacrifice to your gods accordingly, all with the hopes of becoming a mighty lamb god.

Which of these upcoming titles are you most excited about? Be sure to let us know in the comment section below.